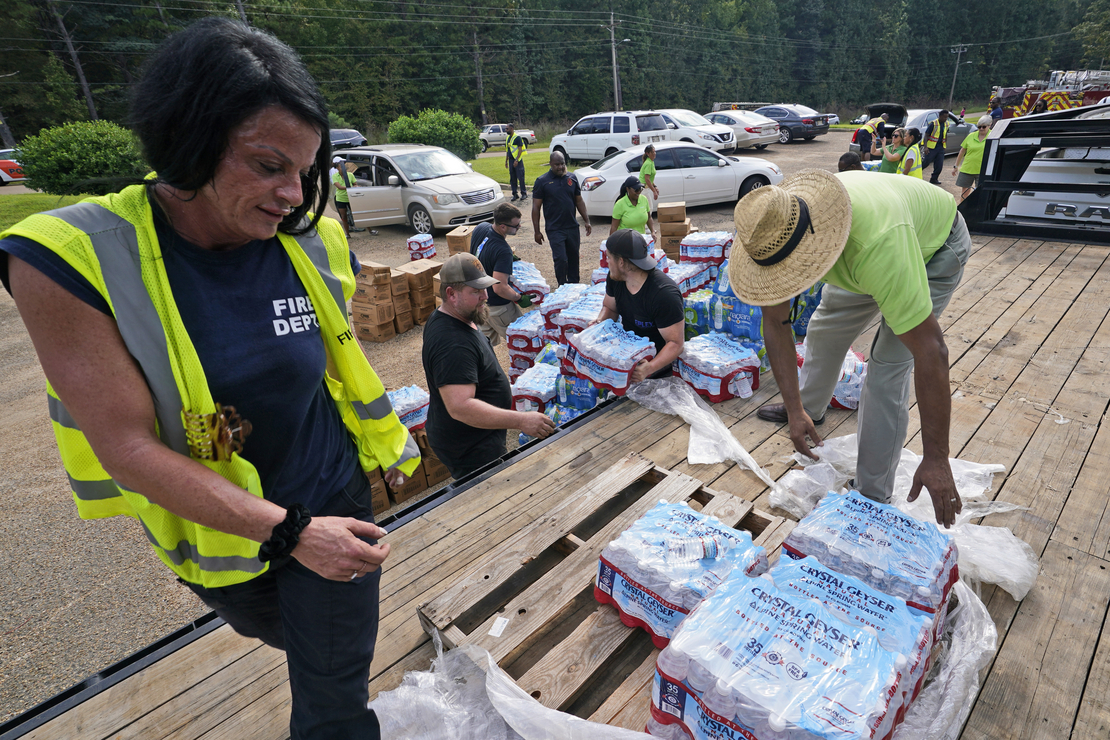 The Department of Justice is threatening to take legal action against Jackson, Miss., if officials there don’t enter negotiations to address a host of safety violations at the city’s water plant that recently crashed and left more than 150,000 people without safe drinking water.

DOJ on behalf of EPA told Jackson Mayor Chokwe Antar Lumumba and other city officials in a letter Monday that the agencies hope to engage in “immediate negotiations” around the fate of the O.B. Curtis water treatment plant and laid out violations under the Safe Drinking Water Act — from staffing to failing to have a backup emergency plan in place.

“We are prepared to file an action against the City under the Safe Drinking Water Act but would hope this matter could be resolved with an enforceable agreement that is in the best interest of both the City and the United States,” Assistant Attorney General Todd Kim wrote in the letter.

Such an agreement, Kim said, would have to address at least six violations the agency identified under the Safe Drinking Water Act, including problems tied to chemistry and turbidity, as well as failing to staff the plant with Class A operators, implement an alternative water supply plan and comply with a timeline for rehabilitating filters at the plant.

“The United States also believes that an imminent and substantial endangerment to human health exists, as evidenced by the roughly 300 boil water notices that have been issued over the past two years, the multiple line breaks during the same time period, and the recent drinking water crisis where most City residents did not have access to running water for many days,” Kim wrote.

DOJ said there may be violations not listed in the letter and that Jackson must also address violations at its wastewater treatment plant.

Lumumba in a press release signaled negotiations are underway and said city officials met with Kim and EPA Administrator Michael Regan in Jackson on Monday to discuss the agencies’ plans regarding the O.B. Curtis water plant.

“We believe that it is imperative that we enter into agreements with a team that is solely and sincerely focused on an objective of ensuring safe and reliable drinking water to the residents of Jackson,” the mayor said in a statement. “We believe this arrangement represents the best path forward.”

Lumumba said DOJ, EPA and the city intend to work together to seek relief for the city under the Safe Drinking Water Act, craft a plan to remedy violations under the act and create a schedule for implementing that plan.

After Monday’s meeting, Regan issued a statement saying the federal government is prepared to take steps to “help remedy this longstanding injustice” in Jackson and noted that he conveyed his desire to work with the city to reach “a judicially enforceable agreement that ensures a sustainable water system in the mid- and long-terms.”

Erik Olson, who leads the Natural Resources Defense Council’s health program, said the letter is an overture to enter into settlement negotiations for a consent decree to be filed in court.

“If they don’t reach an agreement, it would appear that DOJ/EPA would file in court under Safe Drinking Water Act section 1431, the emergency imminent and substantial endangerment authority,” he said in an email.

DOJ’s letter and ensuing negotiations arrive during debate about whether Jackson had the resources it needed to maintain and repair the plant, with the NAACP calling on the state of Mississippi to revise a spending plan that could block the city from securing federal infrastructure dollars.