Manchin not giving up on permitting reform 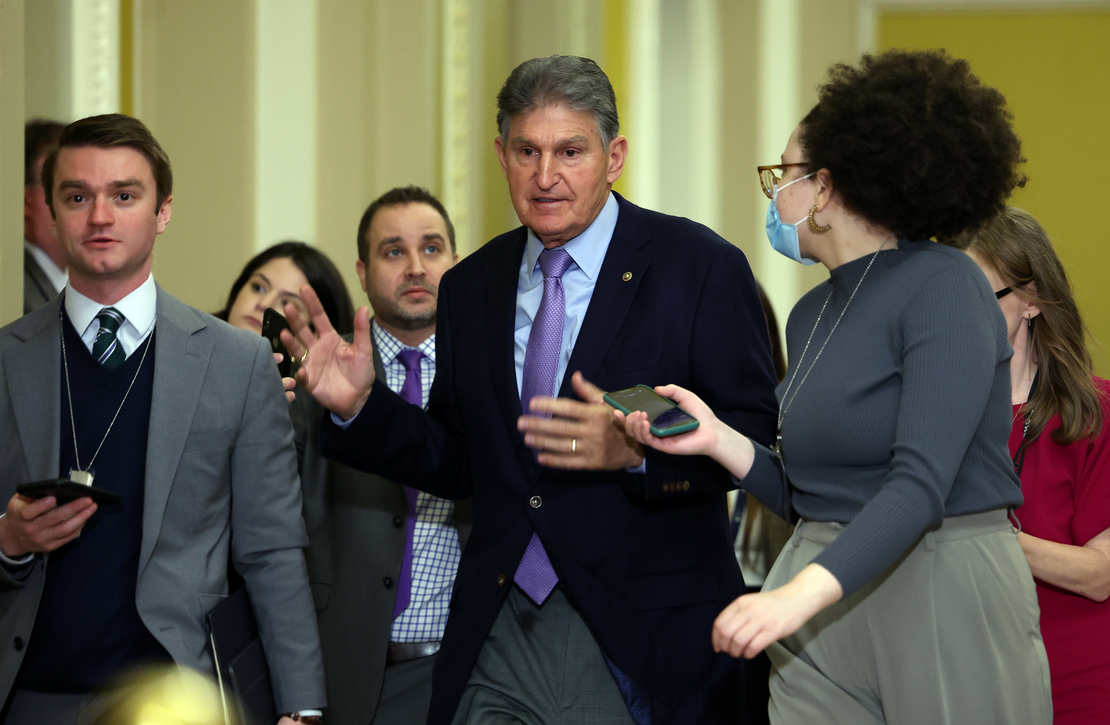 Manchin’s announcement that he’d seek a vote on his language as an amendment to the fiscal 2023 National Defense Authorization Act is sure to reenergize progressives who thought they could stand down after succeeding Tuesday night in blocking the provision from being included in the base text of the final defense bill (E&E Daily, Dec. 7).

In all, Manchin’s permitting plan would speed up environmental review deadlines and try to quickly approve the nearly complete, and controversial, Mountain Valley pipeline, a 300-mile natural gas conduit from West Virginia to Virginia.

Some of the proposed changes would allow developers to petition the courts if federal agencies do not act fast enough on project permits, and it would force agencies to act in 90 days.

The bill also seeks to speed up judicial review and enact page limits on environmental documents. There are also tweaks to sections on hydrogen; transmission lines; and a White House list of priority energy projects, both fossil fuel and renewable.

“Failing to pass the bipartisan, comprehensive energy permitting reform that our country desperately needs is not an acceptable option,” Manchin, chair of the Senate Energy and Natural Resources Committee, said in a statement Wednesday.

He framed the issue as one of “national security” and said, “Americans are demanding Congress put politics aside and act on commonsense solutions to solve the issues facing us.”

Manchin’s new proposal comes a little more than 12 hours after congressional negotiators released text of the NDAA that excluded permitting language. Democratic leaders and the White House had promised Manchin some kind of permitting changes in exchange for his support for the Inflation Reduction Act. They have so far come up short.

The first big push to include Manchin’s permitting ideas, in a stopgap spending bill, failed in September. The language was blocked by progressives and Republicans alike, coming together in a coalition resembling that which fought the proposal’s inclusion in the NDAA this week.

While many Democrats saw the permitting overhaul effort as an affront to environmental justice initiatives, plenty of Republicans — who have long complained of bureaucratic inefficiencies obscuring energy development — also scoffed, suggesting the changes would do very little to have an impact.

Practically speaking, it’s far from certain that Manchin will succeed in getting a vote on his language as an amendment to the NDAA; he will be one of dozens of lawmakers lobbying to be heard on their pet priorities in the amendment process, and Senate Majority Leader Chuck Schumer (D-N.Y.) can only accommodate so many, if any.

Deciding which amendments to bring to the floor also carries some risk. If new language actually gets adopted, which of it would then complicate the underlying legislation’s passage?

There’s also a time element: The House will vote on the NDAA in the coming days and then ship the bill to the Senate, and there aren’t many days left in the calendar year to engage in another back-and-forth between the chambers.

Because it’s not likely Manchin’s language would have the support to win adoption in the Senate, Schumer could decide to let the West Virginian, who is up for reelection in 2024, have a symbolic vote as a goodwill gesture.

But Senate Armed Services ranking member Jim Inhofe (R-Okla.), who is retiring at the end of the month and for whom the fiscal 2023 NDAA is named, said Wednesday he isn’t interested in taking chances.

“No, I wouldn’t be OK with it,” Inhofe said when asked whether he’d accept a vote on Manchin’s amendment. “I don’t want to mess around with the NDAA.”

A spokesperson for Schumer did not immediately return a request for comment on whether the leader would accommodate Manchin’s request.

Could a river finally run through the Glen Canyon Dam?

Biden protects Boundary Waters in blow to copper mine