Why the Midwest worries about future blackouts 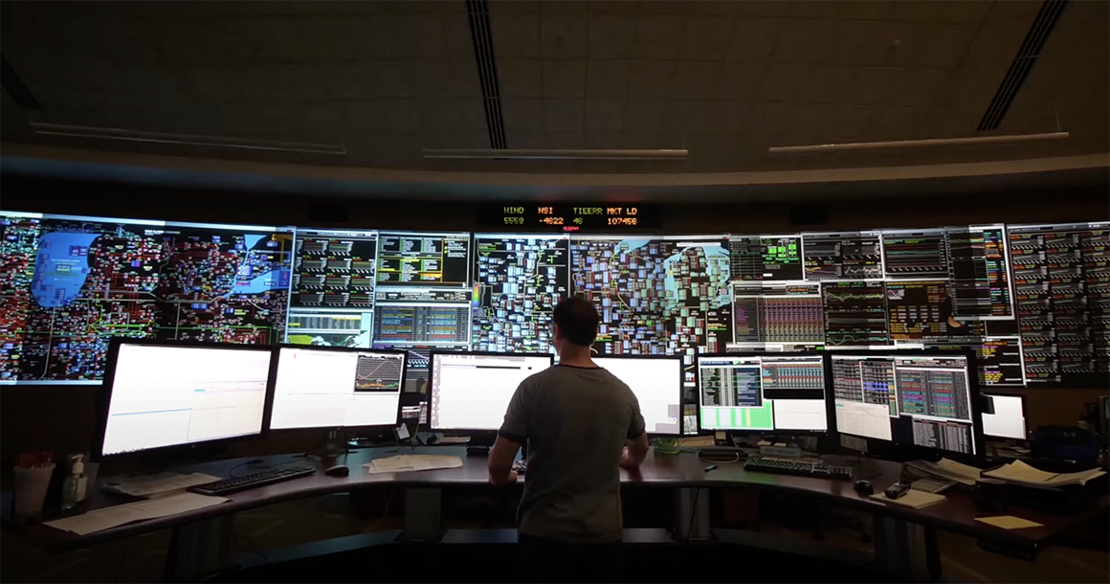 The Midcontinent Independent System Operator manages the grid in all or part of 15 U.S. states. MISOEnergy/YouTube

Tightening electricity supplies across the Midwest are a problem a decade in the making. And it may take nearly that long to solve it.

In the meantime, the possibility of widespread, Texas-style outages caused by a lack of adequate generating reserves — however remote — has state regulators asking questions of the region’s grid operator, the Midcontinent Independent System Operator (MISO).

Among them is Joe Sullivan, vice chair of the Minnesota Public Utilities Commission. He said the state has taken care and expense to plan for electric reliability. Yet, a capacity shortfall elsewhere in MISO could mean that Minnesota consumers face future blackouts.

“We’ve spent the money for this, but now we’re not going to get the benefit of it?” Sullivan asked in an interview.

“The way that I look at the MISO business model right now is that one zone can import or export their resource adequacy problem to the rest of the of the region, and that is deeply unfair,” he said.

In Texas, where the main power grid is largely an island, millions of customers lost power for hours or days during a winter storm in February 2021. MISO, on the other hand, is made up of utilities in 15 states and part of Canada, and it has connections to other regions.

And while so-called resource adequacy — having enough power to keep the lights on during periods of peak demand — is the primary responsibility of the states, the grid is only as strong as its weakest link. Worries about outages go beyond the Midwest, as other regional grids could face reliability issues.

MISO said this spring that a 1,200-megawatt shortfall of generating capacity compared with its planning reserve margin requirement would mean an increased chance of outages in the months ahead. The warning followed a surge in power plant capacity prices during MISO’s most recent capacity auction, which also signaled growing tightness in the market (Energywire, April 18).

Executives for MISO said they’re working with states to address the shortfall. But they said the federally approved tariff that allows the grid operator to shed load across its entire footprint during an emergency is a feature of its market design, not a bug.

“We’re a mutual insurance pool,” MISO Vice President Melissa Seymour said during an interview. “Everybody kind of benefits from each other.”

To be sure, Midwest regulators agree that consumers in their states get huge benefits from being part of MISO and its regional markets in the form of lower energy prices. And being part of a multistate grid has reliability benefits.

State commissioners also realize MISO is bound by its tariff. And they’re not so much wagging their finger at MISO but looking to the grid operator to help push for a solution.

Still, Sullivan isn’t alone among state regulators who are concerned about what’s happening in MISO and the impact it could ultimately have for consumers in their states.

Still, the region today faces the same warnings about potential reliability risks as other parts of the Midwest.

“With all of that work and all of the costs that we’ve paid, we’re in the same situation as everybody else: that we could ultimately see outages even though we’ve taken care of our own business at home,” Scripps said during an interview.

In Wisconsin, the Public Service Commission released a draft strategic energy assessment that projects the state will maintain electric generation capacity reserve margins beyond what is required of MISO through the end date of the report in 2028. That was before operators of three coal plants in the state announced plans to delay previously announced retirements by at least a year.

“Our Wisconsin utilities are continuing to do an excellent job of planning and balancing your generation portfolio the way they’ve done it for 100 years,” Wisconsin PSC Chair Rebecca Valcq said in an interview. “Now, when MISO comes out and says we have a 1,200-megawatt capacity shortfall, it’s a little concerning.”

Valcq, too, asked: “Is it fundamentally fair then to target a state like Wisconsin and ask for load-shedding when all of our utilities have done what they’re supposed to?”

MISO executives are quick to note that there’s never been load-shedding in the Midwest region because of inadequate generation. And despite warnings that the region is 1,200 MW shy of meeting its reserve margin requirement, it’s still unlikely to happen today.

If it became necessary to order utilities to reduce demand, MISO officials said their goal would be to minimize the duration and geographic scope of any outages. That’s what they did in the South region during Winter Storm Uri in February 2021.

MISO is also proposing two other tariff changes that it expects to help. One is a proposal to plan for seasonal demand peaks rather than just a summer peak. The grid operator is also proposing to implement a “minimum capacity obligation” to ensure that utilities don’t rely solely on MISO’s annual capacity auction to procure capacity.

It’s unclear whether either change, if approved, will provide relief, though.

Do the signals work?

One focus must be resolving the backlog of projects in MISO’s interconnection queue, regulators said. They see the Federal Energy Regulatory Commission’s notice of proposed rulemaking on queue reforms is a step forward, as well as changes in MISO interconnection procedures that’s expected to speed up the process for some projects.

But it’s not certain what the impact of those changes will be.

“We’ve got hundreds of gigawatts in the queue,” Scripps said. “Even a tiny, tiny percentage of those being in place today — instead of in the queue — would give us the resources that we need to clear and ultimately to improve resource adequacy and reduce the risk of outages.”

The MISO board of directors recently approved the first set of regional transmission projects in a decade (Energywire, July 26). But under current plans, the grid operator doesn’t see taking action to bolster ties between the Midwest and the South until several years from now.

“If there were just a couple thousand megawatts more transfer capacity between the North and the South, we wouldn’t be having this conversation right now,” said Sullivan of the Minnesota PUC.

State regulators, MISO officials and utilities will deep dive on the capacity crunch this week as they gather in Madison, Wis., for a resource adequacy summit.

One topic sure to surface at the two-day summit is possible reforms to MISO’s annual capacity auction, including changes in auction rules that the grid operator’s independent market monitor has advocated for years.

Also likely to be discussed at the summit is whether MISO should adopt a capacity auction similar to the one managed by PJM Interconnection, which operates the largest U.S. power market. That idea has been soundly rejected by states in the past. Whether or not they’re likely to reconsider the idea remains to be seen.

In the meantime, MISO is watching to see how utilities and power plant operators within its footprint and those outside respond to market signals such as the steep rise in capacity prices in its last capacity auction.

Seymour said it’s possible that power plants in neighboring PJM, where there’s excess capacity, could look to sell into MISO’s region in response to market signals.

“I think the information that we put out there helps provide them the tools they need to make an informed decision,” she said. “Next year, we’re going to know whether these signals really work.”

Gas pipelines explode. How far away is enough to survive?

Read More >>
<< Back To Energywire