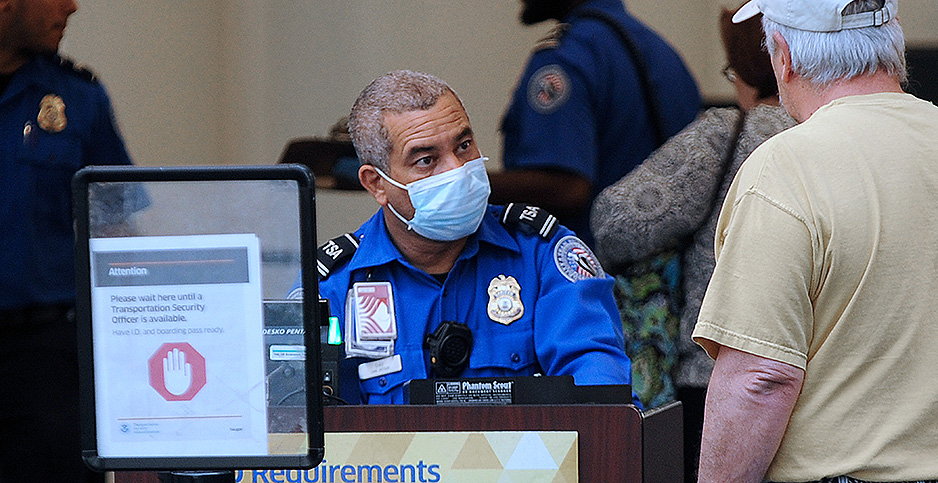 Some travelers are taking advantage of low airfares during the coronavirus pandemic. But health experts continue to warn against nonessential travel. Paul Hennessy/Sopa Images/Sipa/Newscom

When Breonna O’Bryant found a flight to Atlanta for only $13, she jumped at the opportunity — pandemic be damned.

O’Bryant, a 28-year-old manager for a recording artist in Houston, said she couldn’t pass up the chance to book such an inexpensive trip.

"Usually, a one-way flight is between $80 to $112," she said in a phone interview. "Of course the virus was on my mind. Absolutely. But I figured I might as well just go ahead and go."

She’s among the daring travelers who have taken advantage of cheap plane tickets during the novel coronavirus crisis, even as millions of Americans self-quarantine or shelter in place.

Her behavior flies in the face of recommendations from public health experts, who stress that Americans should avoid nonessential travel during the pandemic.

Yet her trip was possible because President Trump has continued to resist a ban on domestic air travel — even as other world leaders have imposed lockdowns to slow the spread of the virus.

For Raj Mahal, the 32-year-old founder of a travel planning app called PlanMoreTrips, the absence of a domestic travel ban has proved freeing.

Since January, when the coronavirus began spreading in the United States, Mahal has flown to Los Angeles; San Francisco; and Austin, Texas. His flight to Austin two weeks ago cost just $28.

"When I was traveling, I had a face mask, and the plane was relatively empty," he said in a phone interview. "In my opinion, it’s as safe as going to the grocery store. At the grocery store, more people are probably touching things, and there’s more risk for contamination."

Asked about the advice of public health experts, Mahal noted that young people are generally less susceptible to dying from COVID-19, the disease caused by the novel coronavirus.

"I think it’s about your tolerance for risk," he said. "If you’re young and healthy, maybe it’s OK. If you’re elderly or in the risk groups, it’s probably safer to stay home."

But Robert Quigley, regional medical director at the travel risk mitigation company International SOS, strongly rejected the notion that it’s safe for young people to fly during the pandemic.

Quigley noted that young people who are asymptomatic can still be infected, meaning they can still spread the disease to other at-risk passengers on the plane or in the airport terminal.

"As airfare continues to become more affordable at this time due to the current coronavirus crisis, I urge everyone, on a global scale, to defer all non-essential travel until further notice," he said in an email.

"The largest hurdle we’re facing in flattening the curve of COVID-19’s spread is compliance by the public to stay home unless deemed necessary," he added. "Traveling at this time will not only put you at great risk but puts others at high risk as well."

As the coronavirus continues to spread around the globe, more than a third of the global population is on lockdown, including residents of India, China, France, Italy, New Zealand, Poland and the United Kingdom.

Under the terms of most lockdowns, residents are only allowed to leave their homes for essential trips, meaning nonessential air travel is strongly discouraged. A few countries have taken the additional step of suspending domestic flights altogether, including South Africa and Bolivia.

But in the United States, Trump so far has resisted calls to crack down on domestic air travel.

At a press briefing last Monday, Trump said he was hesitant to suspend domestic flights and claimed — without evidence — that passengers are getting tested for COVID-19 when boarding or disembarking planes.

Fact-checkers with the Associated Press labeled that claim false, saying, "There’s no evidence to support his suggestion that travelers at U.S. airports are being regularly tested, let alone when they both get on and off the planes."

At another press briefing earlier this month, Trump said for the first time that he was "certainly looking at" potentially restricting air travel between some U.S. cities, especially "hot spots" that have reported high numbers of COVID-19 cases.

"It’s a very, very rough decision; we are thinking about hot spots where you go from spot to spot — both hot," he said. "We will let you know fairly soon."

But as of press time, the White House had not issued any new travel restrictions.

Asked about Trump’s position on a domestic travel ban, White House spokesman Judd Deere said in an email to E&E News: "It’s not under consideration."

In a recent radio interview, Transportation Secretary Elaine Chao also came out against a domestic shutdown of air travel.

In particular, DOT said on Tuesday that airlines receiving a federal grant or loan must continue serving until Sept. 30 domestic destinations they had been serving on March 1.

"Secretary Chao hasn’t taken a position on non-essential travel, but the Department is required under the CARES Act to maintain a minimum level of service for those Americans who do need access during this difficult time," Post said in an email.

To be sure, domestic airlines are operating far fewer flights during the pandemic, even with the DOT requirements.

And overall, the number of flights available in the United States today is down 83% compared with a month ago, according to Moonfish.com, an online travel planning app.

That has led to a temporary plunge in planet-warming emissions from air travel — a silver lining for some environmentalists.

But it’s hardly good news for the travel and tourism industries, said Craig Campbell, the co-founder of Moonfish.com.

"There’s been a scary collapse in travel demand. And we have chosen not to provide our customers with any flights that leave sooner than July," Campbell said in a phone interview.

For Jaime Huffman, a 34-year-old travel blogger based in Charleston, S.C., a $19 flight to Orlando in June was too good to resist.

Huffman, who runs the blog Charleston Blonde, said her family is self-quarantining and hoping that their trip to Orlando’s Universal Studios Florida doesn’t get canceled.

"We definitely have been taking the quarantine precautions very carefully. We know the importance of social distancing," she said. "So we’re praying that it works and that because of our diligence, we can travel in June."