2020 ties for hottest year on record 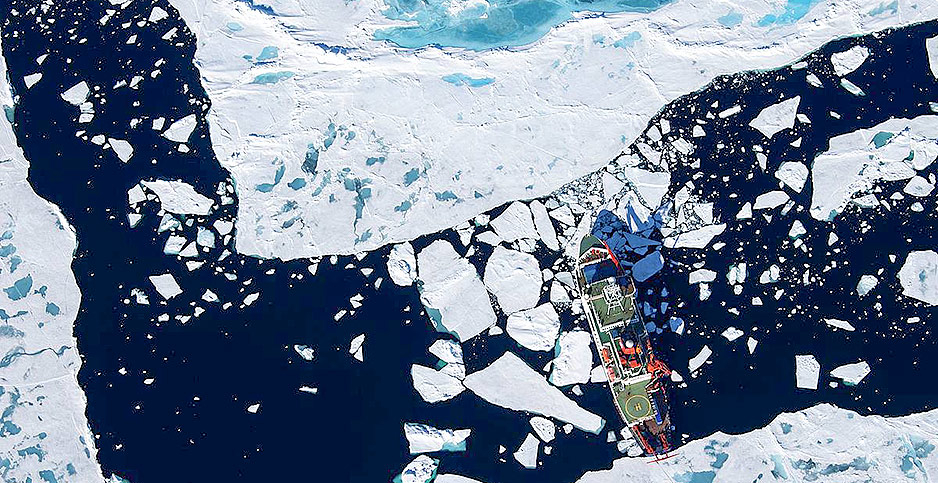 An icebreaker in the Arctic Ocean. Scientists said 2020 is tied with 2016 for the hottest year on record. Stefanie Arndt/Helmholtz Centre for Polar and Marine Research/Alfred Wegener Institute

Global temperatures in 2020 tied with 2016 for the hottest year on record, according to data from the European Union’s Copernicus Climate Change Service.

The news is a capstone in a year of unprecedented global events. Eight of the top 10 hottest years on record have occurred since 2010. And each of the last five years has ranked in the top five.

As 2020 drew to a close, scientists became increasingly sure it would rank first or second.

The new report from Copernicus, announced this morning, appears to confirm the record. It suggested that 2020’s global temperatures hovered around a degree Fahrenheit higher than the average over the last few decades and about 2.25 F higher than the Earth’s preindustrial climate.

That also makes 2020 the warmest year that wasn’t influenced by a strong El Niño event, as 2016 was. El Niño events, which are natural climate cycles, can temporarily raise temperatures across large swaths of the world.

In fact, the latter half of 2020 actually experienced La Niña conditions, which can have a temporary cooling effect in some parts of the world.

U.S. science agencies haven’t confirmed the heat record with their own data but will likely release their findings next week. Copernicus estimates global temperatures using slightly different methods than NOAA and NASA, so there’s the potential for some minor differences in their conclusions.

But scientists expect similar results, based on analyses from weather and ocean stations. There’s likely a very slim margin, if any, between 2016 and 2020.

That means the difference between the hottest and second-hottest years on record isn’t all that significant, noted Deke Arndt, head of the climate monitoring branch of NOAA’s National Centers for Environmental Information.

"Ranking the years … is a really quick way to help characterize where a year fits into history," he said in an email. "[B]ut one of the downsides is that ‘1st warmest’ sounds like a lot bigger deal than ‘2nd warmest’ when in most cases it represents a fairly nominal difference."

The main point is that the Earth is steadily warming — and that warming is clearer with every year that goes by.

Last year stood out for the rapidly warming Arctic, particularly Siberia. In some areas, average temperatures for the year were as much as 6 degrees Celsius, or nearly 11 F, higher than usual.

Sea ice across the Arctic reached its second-lowest minimum on record in 2020. Ice off the Siberian coast was particularly scant after a warm spring and an early start to the melt season. The Laptev Sea also experienced its latest fall freeze-up on record, with sea ice only re-forming at the end of October.

Meanwhile, carbon dioxide concentrations in the atmosphere continue to climb.

A recent report from the Global Carbon Project, a consortium of scientists tracking global emissions, found that the world’s carbon footprint likely shrank by about 7% in 2020 (Climatewire, Dec. 11, 2020). That’s a record drop in emissions, mainly due to the coronavirus pandemic.

But carbon emissions were still pouring into the air. And that means climate-warming carbon dioxide continued to increase in the atmosphere.

According to today’s Copernicus report, CO2 concentrations increased by about 2.3 parts per million in 2020 — only slightly less than the year before.