4 things to know about the gas stove frenzy 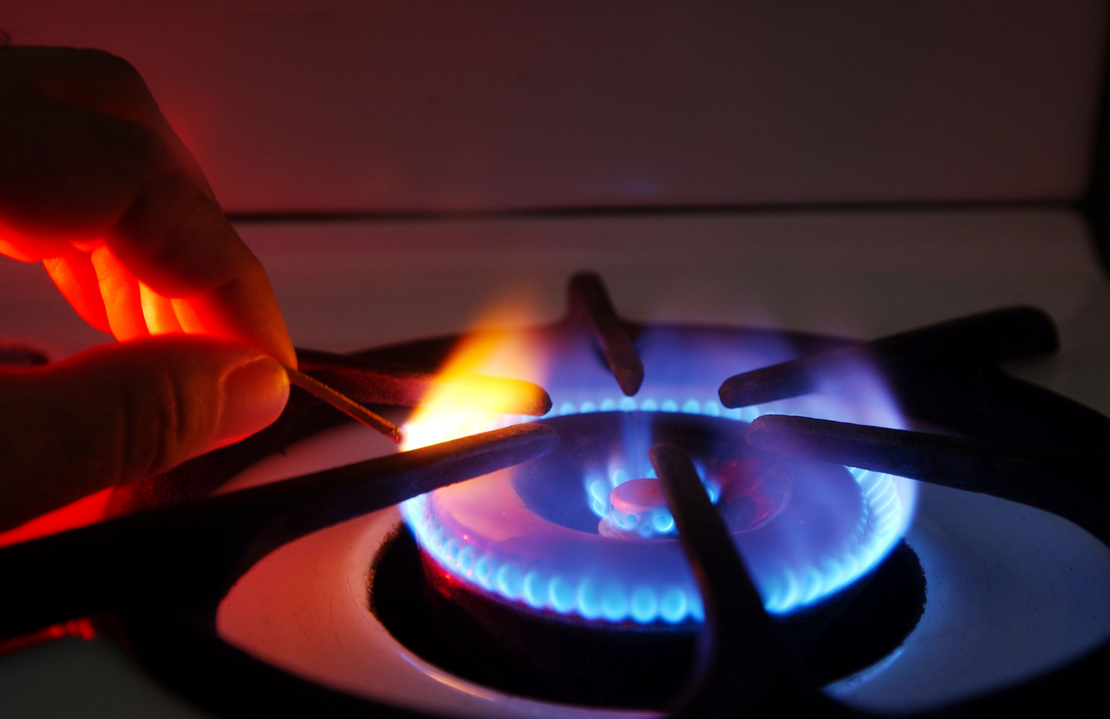 Conservatives have discovered a new punching bag: the idea of a federal ban on gas stoves.

But what is the Biden administration really planning? And how would any rules on gas stoves affect emissions and intersect with existing local policy?

The notion of a federal ban began with comments by one of the Consumer Product Safety Commission’s five members, Richard Trumka Jr., who said the agency should develop new regulations on gas stove emissions and should not rule out an end to sales of the product.

That prompted prominent Republicans and oil and gas allies to blast the move, calling it an archetypal example of liberal meddling, while frequently mischaracterizing the idea as a ban on owning gas stoves, rather than selling them.

Among the critics were Sen. Joe Manchin (D.-W.Va.), who said a gas stove ban would be a “recipe for disaster” in a Tuesday post on Twitter (Energywire, Jan. 11).

Federal officials and the White House have repeatedly  quashed the possibility of a ban. The commission is planning a public-input session on hazards associated with gas-stove emissions as it looks “for ways to reduce related indoor air quality hazards,” CPSC Chair Alexander Hoehn-Saric said this week in a statement.

“But to be clear, I am not looking to ban gas stoves, and the CPSC has no proceeding to do so,” he wrote.

Still, the media frenzy surrounding gas stoves has shined a light on the environmental effects of the appliances and existing policies governing them: If gas stoves were to disappear, what would replace them? What do most people use to cook now? What kind of equipment is best? And are gas stoves actually on their way out anywhere in the United States?

Here are four things to know about gas stoves:

As of 2020, about 38 percent of the country’s households used natural gas for cooking, according to Census data from the U.S. Energy Information Administration.

There is a wide degree of regional variation, though. In four states — New Jersey, California, Illinois and New York — approximately 60 to 70 percent of homes cook with gas. The percentage falls below 20 percent in nine other states, mostly located in the South.

Nationally, electricity remains the largest source of energy for cooking.

Of the 123 million U.S. households surveyed by the census, more than half — 65 million — said that when they used their “range” — the oven and stove — electricity was the most-used source of power.

The census data also hints at a correlation between income and cooking fuels.

It shows that electricity is twice as likely to be the most-used range fuel for households making between approximately $5,000 or less annually to as much as $99,000.

Above the $99,000 income level, gas’s share of the market begins to creep upward. Gas is also more prevalent when residents are earning $150,000 or more; 5.8 million households at that income level said gas was their most-used range fuel, compared with 5.6 million for electric, according to the census data.

But the data reveals little about what kind of electric equipment is being used. Public perception of electric stoves can vary dramatically based on whether older, inefficient technologies or the most state-of-the art models are being used.

Traditionally, electric stoves work by transferring heat into a coil, which glows redder as it warms. Smooth-top stoves are a sleeker, more modern version, and the burners are a flat surface rather than a coil.

Electric induction stoves, which require magnetic pans to transfer their heat, are generally regarded as the priciest, flashiest and highest-capacity version — the Tesla of cooking equipment.

Late last year, for instance, a new coalition of chefs, real estate companies, public health experts and others, known as the Global Cooksafe Coalition, said they would promote induction as the safer and superior alternative to gas (Energywire, Nov. 22, 2022).

Electrification advocates also tend to assume that induction is what homeowners will buy if they’re taking advantage of new electric stove rebates laid out in the Inflation Reduction Act.

A new program established in the Inflation Reduction Act, known as the High-Efficiency Electric Home Rebate Program, offers low-income homeowners up to $840 in rebates for electric ranges. That might cover the majority of the cost in some cases: Electrification proponents often estimate a $1,000 price tag for an induction stove and electric oven.

For moderate-income homeowners, the program also offers rebates of up to 50 percent of the total cost of an electric range (Energywire, Sept. 7, 2022).

But most people with an electric stove may not be using induction models.

Brady Seals, manager of the carbon-free buildings program for clean energy think tank RMI, pointed to a Consumer Reports survey last year of about 2,100 people across the country.

Three percent said they had an induction stove in their kitchen, while 57 percent reported having other types of electric models. Thirty-seven percent had gas flame burners.

“I think it’s fair to assume that the majority of electric stoves are the coil or smooth-top,” said Brady.

Are there existing bans, and how do they work?

A federal ban on gas stove sales probably isn’t going to happen anytime soon, considering the stated lack of support from the CPSC’s chair and the White House.

But some U.S. cities are indeed heading down that road.

In 2019, the city of Berkeley, Calif., enacted the country’s first ban on fossil fuel hookups in new buildings with a law that effectively made gas stoves off-limits for new residences.

That conversation is making its way to the state level, too. This week, New York’s Democratic Gov. Kathy Hochul called for phasing out gas stoves and other fossil fuel appliances in new buildings, starting by 2025 in single-family homes and smaller apartments (Energywire, Jan. 11).

After Democrats won a trifecta in Massachusetts and Maryland on Election Day, environmentalists have promised to push lawmakers to reconsider gas-ban bills that failed in previous sessions.

But it’s unclear if any proposals will go through, considering opposition from builders and gas utilities.

In some cities like Seattle, policymakers have chosen to ban fossil fuels for space and water heat only, reasoning that applying it to gas stoves might be a step too far for the public.

But as local restrictions on building gas proliferate, some activists say they are less willing to abide by exemptions for gas stoves.

“Next time we do this, we will not exempt them anymore,” said Jesse Gray, co-sponsor of the East Coast’s first gas-ban ordinance in Brookline, Mass., during a November interview.

Brookline, meanwhile, had its ban struck down by the state but could see it revived as part of a statewide demonstration program for fossil fuel-free buildings (Energywire, Nov. 22, 2022).

Furor against the idea of gas bans isn’t just a national phenomenon.

After Berkeley’s ban, 20 Republican-controlled states passed laws that prohibit cities from restricting the use of fossil fuels in buildings.

Those preemption laws, as they’re known, effectively close off any avenue for cities who might want to ban gas stoves.

Berkeley’s ban was also the subject of a lawsuit from the California Restaurant Association, which argued that federal energy conservation laws and state laws preempted the local ban.

The association claimed that restaurant owners were being discouraged from opening up new locations because electric stoves could not adequately prepare certain foods — like flame-seared meats or foods cooked at high temperatures in a wok. That case was dismissed in 2021, but the CRA’s appeal is ongoing (Energywire, July 8, 2021).

The lawsuit was supported by powerful national trade groups, from the National Association of Home Builders (NAHB) to the American Gas Association (AGA) and the Air Conditioning, Heating and Refrigeration Institute (AHRI), all of whom filed briefs warning against bans on gas stoves and other appliances.

Berkeley’s ordinance would curtail access to natural gas and other utility-distributed fuels “unilaterally and without consideration of utility or customer interest,” wrote the AGA in its brief, while NAHB and AHRI predicted “devastating consequences” for their industries.

Federal, state and city authorities lined up in support of Berkeley. Lawyers for the Energy Department, eight state attorney generals and representatives for the National League of Cities filed briefs backing the ban (Energywire, Feb. 10, 2022).

Wherever cities have decided to exempt gas stoves from bans on fossil fuel buildings, climate activists have justified the trade-off by arguing that cooking generates a small slice of buildings’ emissions compared to space and water heating.

Cooking emits about 13 percent of on-site greenhouse emissions in U.S. buildings, according to the EIA. 68 percent of emissions stem from space heating, while 19 percent comes from water heating.

Some studies, including one published by Stanford University scientists last year, examined methane leaks from gas stoves and concluded that their global warming impact could be far higher than previously believed — equivalent to the emissions of a half-million cars (Energywire, Jan. 27, 2022).

But environmentalists and public health groups most often focus on indoor air quality as the chief problem with gas stoves, rather than greenhouse gas emissions.

In October, for instance, several major environmental and clean energy groups petitioned the Department of Housing and Urban Development to start phasing out gas stoves and other fossil fuel appliances in public housing, saying it would effectuate “dramatic improvements in health, safety and wellbeing” for some 900,000 households (Energywire, Oct. 28, 2022).

Last April, researchers at the Institute for Policy Integrity released a report calling for gas stoves to be sold with warning labels and requirements for better ventilation, while pointing to studies concluding that low-income households and people of color were more likely to live in homes with poor ventilation (Energywire, April 25, 2022).

As far back as 2010, the World Health Organization recommended that governments develop guidelines for indoor air quality — which the EPA does not do — while citing studies that linked gas stoves to increased respiratory problems in children.

Gas industry advocates have rejected any connection between health risks and use of gas stoves, at times pointing to a 2013 study based on a 47-country questionnaire that turned up no association between cooking gas and asthma.

“The conclusions and recommendations are not sufficiently substantiated for making policy or consumer decisions about energy choices,” said AGA in response to the report from last spring.

But anti-gas campaigns appear to be resonating with some Democratic lawmakers and federal officials.

Even in disavowing a federal gas-stove ban earlier this week, the CPSC’s chair gave a nod to research finding that gas stoves may pose air-quality hazards (Greenwire, Jan. 11).

After publication of one peer-reviewed study that found 12 percent of the country’s childhood asthma cases were attributable to the use of gas stoves, Sen. Cory Booker (D-N.J.) and Rep. Don Beyer (D-Va.) wrote to the CPSC urging it to protect consumers from stoves’ emissions.

Correction: An earlier version of this story misstated the New York governor’s position on exemptions for gas stoves in a proposed sales ban.