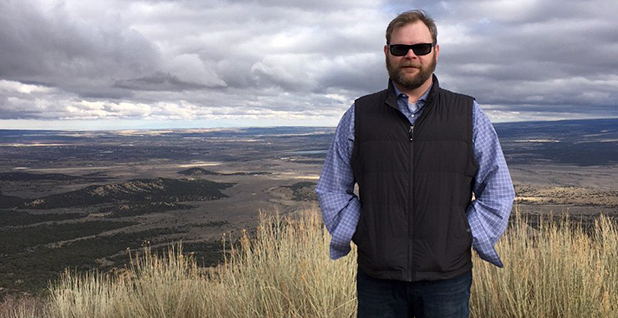 Interior Secretary David Bernhardt quietly signed an order placing a top Interior Department official in charge of the Bureau of Land Management through at least the end of July.

Casey Hammond, Interior’s principal deputy assistant secretary for land and minerals management, will exercise all "functions, duties, and responsibilities" of BLM director, according to Bernhardt’s order, which is dated May 11.

The only new appointment covered in the order is Hammond’s.

Neither Interior nor BLM has made any formal announcement about Hammond, who is replacing Brian Steed, the bureau’s deputy director of policy and programs, who was granted the authority to act as director in October 2017 by former Interior Secretary Ryan Zinke.

The news comes as Steed — still listed on BLM’s website as the deputy director of policy and programs "exercising authority of the director" — was confirmed by the Utah Senate yesterday for a Cabinet-level position on Gov. Gary Herbert’s staff.

BLM did not respond to requests for answers on Hammond’s temporary assignment, when he started at the bureau or when Steed left the bureau.

Herbert’s office had said Steed would take the helm of the Department of Natural Resources on June 1.

But a source with knowledge of the situation said Hammond has been in the acting position since last week.

Furthermore, the source said it was Hammond who instructed BLM to remove boilerplate language from its news releases that describes the bureau’s mission as helping conserve public lands for future generations (Greenwire, May 15).

That move drew scorn from government watchdogs, conservation groups and other close observers of the Trump administration’s Interior Department, who say it shows BLM’s priority is now resource extraction.

BLM is the federal government’s largest landowner, managing 245 million acres mostly in the West. The bureau has nearly 10,000 employees and a budget of about $1.3 billion.

Hammond has served as a deputy assistant secretary since September 2017 and was part of a political beachhead team that helped lead President Trump’s transition at BLM.

Before that, he was special assistant to the Interior secretary.

A veteran of Capitol Hill, Hammond worked as a senior adviser for Republicans on the House Natural Resources Subcommittee on Oversight and Investigations, which during his tenure held several hearings on BLM’s Planning 2.0 rule (Greenwire, March 10, 2017).

There was not much reaction to the news that Hammond will take the reins of BLM on a temporary basis.

Ed Shepard, president of the Public Lands Foundation, a BLM retirees organization, said he does not know much about Hammond.

"The PLF position has always been that the BLM director should have a background in public land management," said Shepard, who retired from BLM in 2012 after a 38-year career.