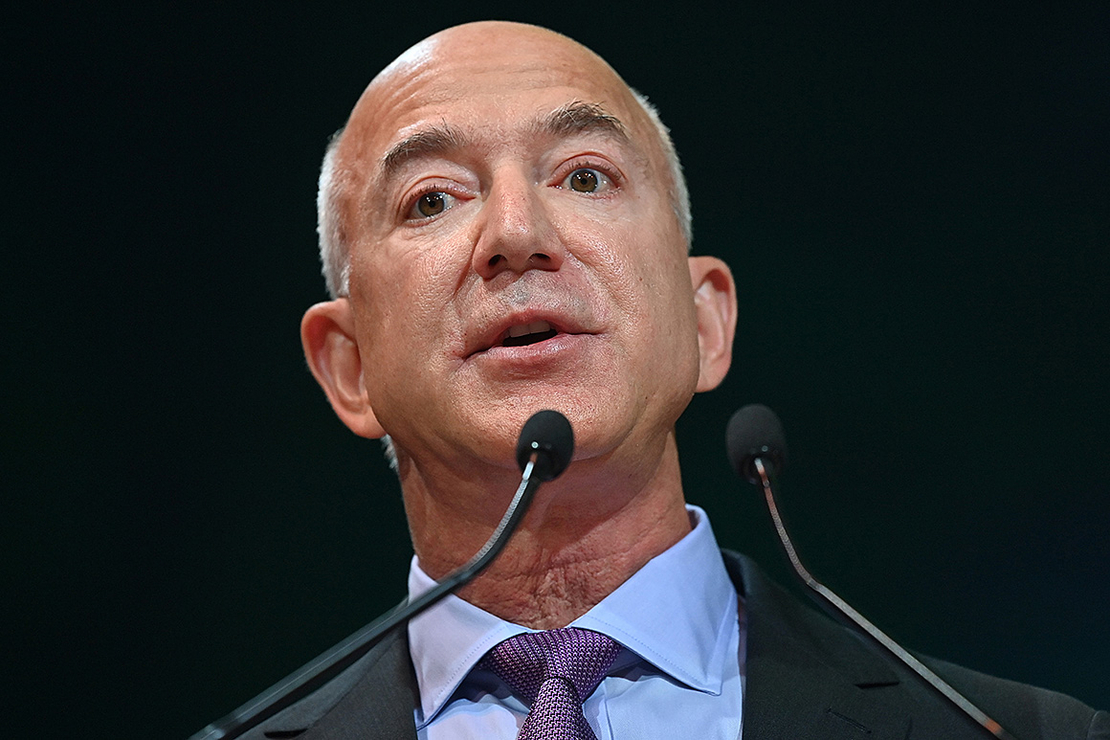 The Bezos Earth Fund today said it awarded hundreds of millions of dollars for organizations working on environmental justice, land conservation and climate change — grants that could mark a shift in philanthropic dollars for grassroots efforts.

The $443 million will be distributed to 44 organizations. The money is part of Amazon.com Inc. founder Jeff Bezos’ 2020 Instagram pledge to pour $10 billion of his own wealth into fighting climate change and other environmental hazards (Climatewire, Sept. 21).

"The goal of the Bezos Earth Fund is to support change agents who are seizing the challenges that this decisive decade presents," said Andrew Steer, the group’s CEO. "Through these grants, we are advancing climate justice and the protection of nature, two areas that demand stronger action."

A press release from the Bezos Earth Fund said the 44 grants focus on two of President Biden’s environmental pillars: Justice40 and the “30 by 30” initiative.

Justice40 vows to direct 40 percent of climate-related investments to historically marginalized communities. And the “30 by 30” goal would protect 30 percent of land and waters by 2030. Specifically, $130 million of the Bezos dollars went to 19 organizations involved in work supporting Justice40.

Lauren Sánchez, Bezos Earth Fund vice chair, said overburdened communities are “key players in driving the necessary solutions.” "With each grant we make, we are supporting leading institutions working with communities to advance climate justice efforts,” she said in a statement.

Of the $130 million, $14 million went to efforts on “a data collaborative” for Justice40 to ensure the Biden plan is “held accountable by high-quality information and analysis.”

“The collaborative will fill gaps in the data needed to identify underserved communities, help community-based organizations select key areas for government investment (including creating a database of aging buildings that need energy efficiency upgrades), and develop tools that local city and state governments can use to track the impact of public investments over time,” the fund said in a press release.

Currently, the United States Digital Service, housed in the Executive Office of the President, is working on a screening tool to help distribute environmental justice money. The White House said last week a beta version of the Climate and Economic Justice Screening Tool will out before the end of the year (Greenwire, Dec. 2).

Exactly how White House officials are working with the Bezos fund is not totally clear, and the Council on Environmental Quality did not return a request for comment by deadline.

Two weeks ago, the Bezos Earth Fund sent out invitations for an “exclusive” roundtable Dec. 14 and 15 to “help plan a major project on environmental justice in the United States,” according to an email obtained by E&E News.

The fund is partnering with the Kapor Center, the nonprofit Center for Open Data Enterprise and others to develop a plan to build an Environmental Justice Collaborative.

Some advocates in the EJ community have expressed concern the Bezos fund would try to control data and information. Neither the contact name on the invitation nor the Bezos Earth Fund returned emails by deadline.

The press release said $261 million would be allocated for the global “30 by 30” protection. Efforts will “focus on regions that are important for biodiversity, hold large carbon stocks, and where governments have demonstrated commitment,” according to the release, focusing largely on the Congo basin — home to 70 percent of Africa’s forests — and the tropical Andes.

Grants amounting to $25 million will support an “innovative global mechanism proposed by the Global Alliance of Territorial Communities to provide direct support for [Indigenous peoples and local communities] groups.”

And a $5 million grant will also support the planning of transnational marine-protected area in the Galápagos and eastern Pacific.