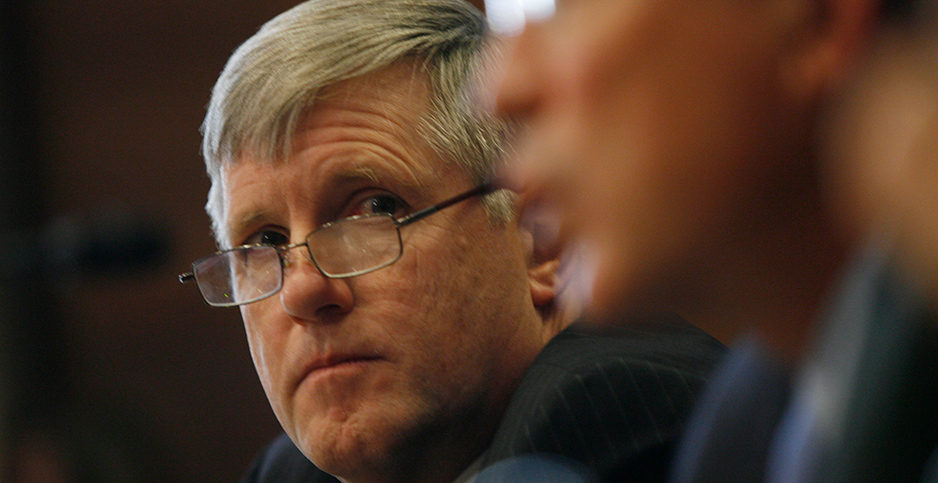 David Hayes, a former Interior Department official, will serve as special assistant to the president for climate policy. James Berglie/ZUMAPRESS/Newscom

The new hires continue the trend of the Democratic establishment and the party’s progressive wing converging on a common climate agenda, even as the left clashes with Biden over other portfolios.

The White House climate team will include:

Hayes was deputy Interior secretary during the Obama administration, a role he also held in the Clinton administration. Most recently, he was executive director for New York University’s State Energy and Environmental Impact Center, where he helped state attorneys general fight the Trump administration’s environmental rollbacks. He has also been a policy adviser to the transition.

Martinez has been embedded in the Biden team since the general election campaign, when she served on his climate engagement advisory council — becoming one of the campaign’s most visible climate surrogates.

On the transition, she led the agency review team for CEQ. She’s the co-founder and executive director of the Center for Earth, Energy and Democracy. She’s also worked as a research professor at the University of Delaware.

Thomas was one of the major forces behind the climate-policy arms race among the 2020 Democratic candidates for president, first as deputy climate director for Washington Gov. Jay Inslee’s campaign and then as Massachusetts Sen. Elizabeth Warren’s climate policy adviser.

An alum of NextGen America, Thomas was political director at the climate group Evergreen Action. She was on the Interior Department agency review team and was a policy volunteer during the campaign.

Aggarwal co-founded the think tank Energy Innovation, where she led policy and analytical programs — including her firm’s energy policy simulator, which analyzes the impacts of climate programs.

The firm helped the House Select Committee on the Climate Crisis create its report of policy recommendations. Aggarwal previously managed global research at the ClimateWorks Foundation, where her work included the McKinsey carbon abatement cost curves.

Wise was a policy volunteer on the Biden campaign. He comes from the Coalition for Green Capital, where he was the policy director leading the push to create a national climate bank. He previously worked for BlocPower, a startup that aims to cut building emissions.

Marootian is director of the District of Columbia’s Transportation Department, and he served on the agency review team for the federal Department of Transportation. He was previously DOT’s liaison to the Obama White House, assistant secretary for administration and chief sustainability officer.

Most of the new hires will build out the White House Office of Domestic Climate Policy, which is directed by Gina McCarthy and Ali Zaidi, her deputy.

Those staffers will help coordinate climate policy across the federal government, a transition official said, while the agencies use their statutory authorities to write regulations, grants and loans.

"The White House traditionally has been the place where policy is coordinated, it’s catalyzed, and where it’s harmonized in a way that’s consistent with the president’s overall program. And that’s what these folks are going to be doing," the transition official said.