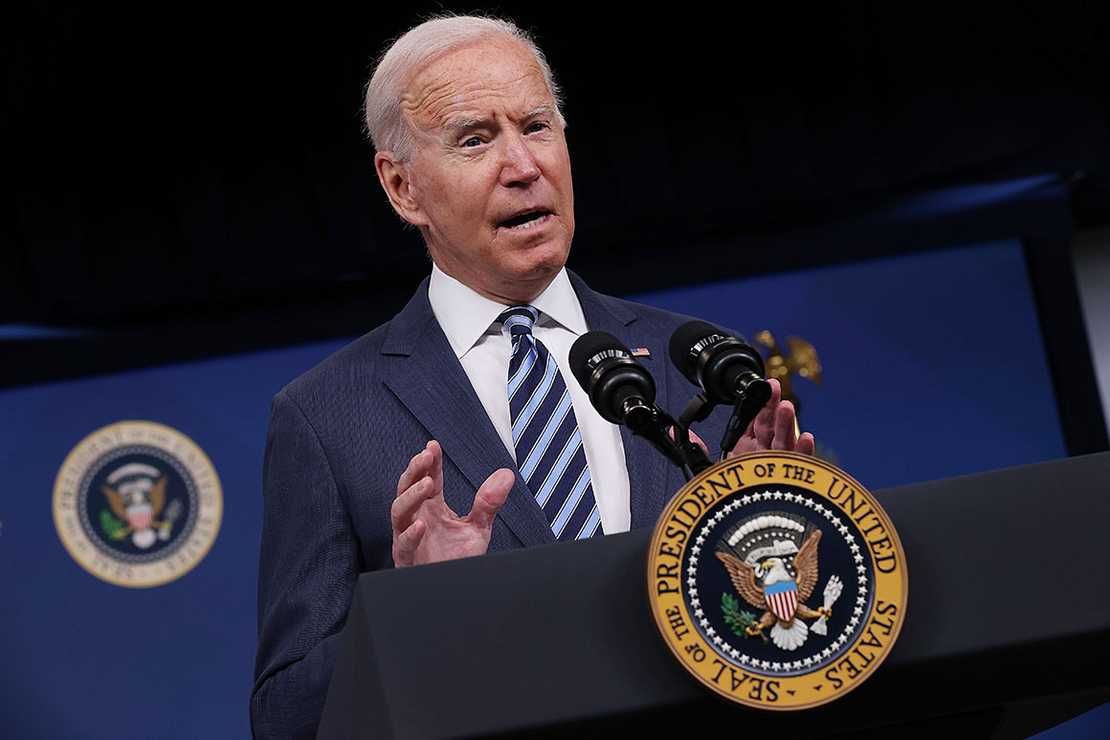 President Biden this morning authorized the Department of Energy to deploy the Strategic Petroleum Reserve should it determine the emergency stockpile could help alleviate gasoline and oil shortages in Louisiana following Hurricane Ida.

Biden said this afternoon that he had directed Energy Secretary Jennifer Granholm to “use all of the tools at her disposal, including using the Strategic Petroleum Reserve, to keep gas flowing to the pumps.”

EPA has also approved emergency waivers for Louisiana and Mississippi to expand gasoline supplies in those states, Biden noted. The Transportation Department will review the number of hours truck drivers can drive, the president said, and is taking steps to expedite deliveries of fuel, medical supplies and food.

“These actions should help reduce the risk of gas shortages and price increases as a result of the hurricane,” the president said during an appearance at the White House.

The action follows pressure from Louisiana Rep. Garret Graves, top Republican on the Select Committee on the Climate Crisis, who called for the administration to do more to alleviate gasoline shortages in his state in the aftermath of the devastating Hurricane Ida.

Graves asked EPA and DOE in a letter yesterday to help refiners knocked down by the storm. Specifically, he called on DOE to release additional crude from the nation’s Strategic Petroleum Reserve. Graves asked EPA to waive regulatory requirements for the renewable fuel standard.

“The people of Louisiana are literally in the dark without electricity, or they are relying on scarce fuel supplies to power backup generators,” Graves wrote.

DOE did not return a comment on whether it planned to release crude oil from the SPR. EPA said the agency issued an emergency fuel waiver that raised Reid vapor pressure standards for gasoline. The goal was to help refiners to access the “fuel supply available to them to address acute shortage issues,” spokesperson Nick Conger said in an email.

“The RFS compliance obligations themselves for these refineries aren’t due until March 31, 2022 and the Agency will consider the question raised by Congressman Graves with other waiver petitions in front of the Agency,” he added.

Graves said during a news conference in Louisiana yesterday that residents are seeing lines nearly an hour long at the gas station. “We just had a conference call with the White House, with the Department of Energy, with the fuel producers, refiners — all of them — talking through where the obstacles are, what the impediments are,” Graves told reporters.

Energy executives in the region met with Biden earlier this week as the White House to discuss restoring electricity to some 1 million people without power and revitalizing energy production.

Biden “committed the full weight of the federal government to providing resources wherever they are needed” during that meeting, White House spokesperson Jen Psaki said yesterday.

Biden intends to visit Louisiana tomorrow to see the damage from the hurricane, the White House announced yesterday. Today he pointed to infrastructure legislation as a way to address climate change and other storm-related ills.

But Graves told E&E News yesterday he plans to oppose the bipartisan bill unless the White House backs off proposals in its fiscal 2022 Army Corps of Engineers’ budget request that would halt funding to benefit fossil fuels (Greenwire, Sept. 1).

Graved also tweeted, “Just a week ago, we said that the Corps’ planned budget threatened to defund flood protection and worsen flooding in our communities. Days later, Ida made landfall.”

The White House’s fiscal 2022 request included a cut to spending for the Army Corps, but lawmakers are poised to increase the agency’s budget (E&E Daily, July 12).

Graves today also blasted Democrats for holding a markup on the reconciliation package in the Natural Resources Committee while he was dealing with the fallout from Hurricane Ida.

“We don’t have water … we don’t have electricity, and in fact we have active search and rescue operations going on as we speak,” Graves said, patching into a virtual markup from somewhere outdoors in Louisiana in search of an internet signal. “The fact that I’m even sitting here with you, spending time with all of you, is ridiculous.”

Graves and the Louisiana delegation received several earmark funding requests for Army Corps projects in the southern part of the state in the fiscal 2022 Energy-Water spending bill, which was approved by the House this summer.

Graves, along with House GOP Whip Steve Scalise of Louisiana and Rep. Clay Higgins (R-La.), won $19.33 million for the Army Corps to complete the engineering and design phase for the east floodgate of the Morganza to the Gulf Project, a major flood protection effort.

The $19.33 million for the effort matches the amount sought for the project by Sen. Bill Cassidy (R-La.) in the Senate version of the spending bill. It was backed by the Senate Appropriations Committee this summer.

Higgins got a combined $12.5 million for four separate requests he made for Army Corps’s southwest coastal Louisiana hurricane protection projects. Cassidy received $10 million for similar work in the Senate bill.