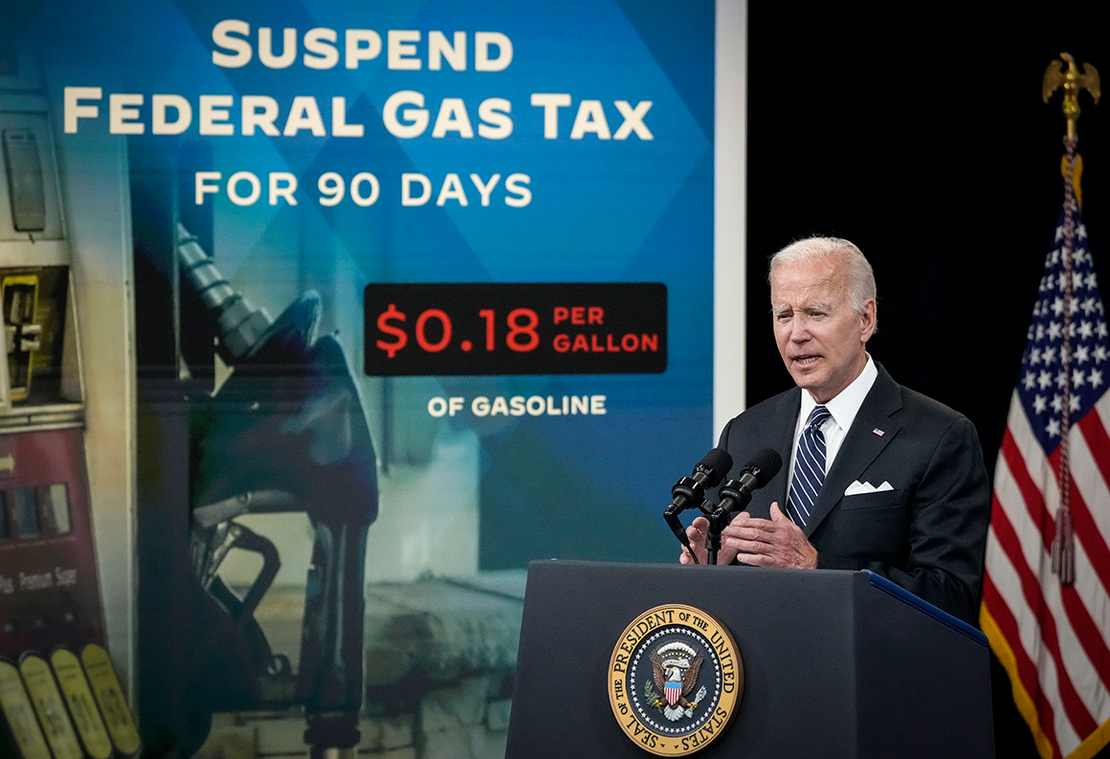 President Joe Biden today called on Congress to suspend the federal gas tax through the summer travel season in an attempt to ease soaring prices that are pinching consumers and could hurt Democrats in this fall’s elections.

Speaking at the White House today, Biden announced that he’s asking Congress to suspend the gasoline tax for 90 days. The federal government collects 18 cents in taxes per gallon of gasoline and 24 cents per gallon of diesel (Energywire, June 22).

The appetite for a gas tax in Congress is unclear.

Many Republicans — and even some Democrats — on Capitol Hill have expressed concerns that suspending the gas tax would do little to help consumers (E&E Daily, June 22).

Biden is also asking states to suspend their own gas taxes.

“I fully understand the gas tax holiday alone is not going to fix the problem, but it will provide families some immediate relief, just a little bit of breathing room, as we continue working to bring down prices for the long haul,” Biden said.

He also urged the oil and gas industry to expand its refining capacity, dismissing criticisms that the Biden administration has limited domestic production.

Energy Secretary Jennifer Granholm, who spoke separately to reporters today at the White House, said she plans to meet tomorrow with oil refiners to discuss efforts to bring down gas prices by opening additional refining capacity.

“This is an honest, earnest conversation,” Granholm said.

Biden stressed that the U.S. move to cut off Russian oil imports was a principal driver behind the soaring gas prices, and he criticized Republicans for attacking him over gas prices when they backed the ban on oil imports in response to Russia’s invasion of Ukraine.

“We could have turned a blind eye to [Russian President Vladimir] Putin’s murderous ways and the price of gas wouldn’t have spiked the way it has,” Biden said.

“I get the easy politics of the attack,” Biden said. “For all those Republicans in Congress criticizing me today for high gas prices in America, are you now saying we were wrong to support Ukraine?”