Biden’s EV plan is enormous. And maybe too small 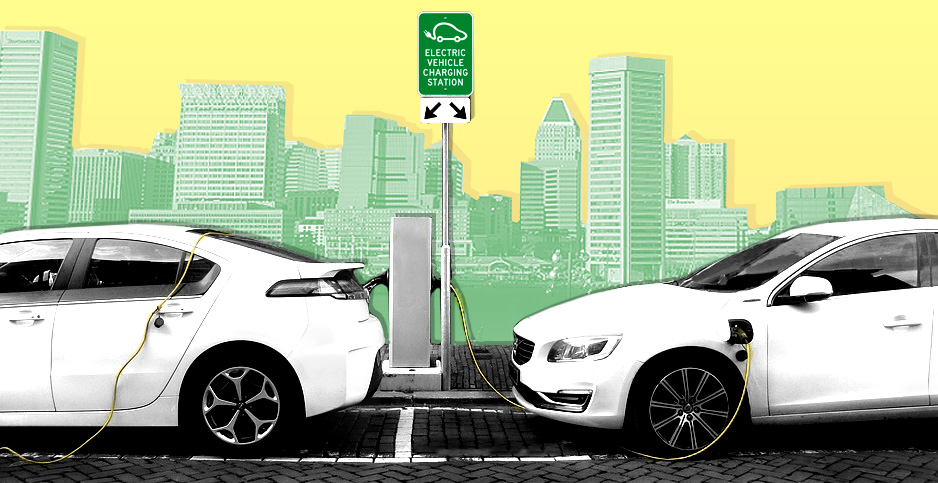 When President Biden rolled out his infrastructure plan last week, one number towered above the others: $174 billion for electric vehicles.

Yet many in EV world say it might not be enough.

The problem, they say, is that Biden’s plan is so difficult and unprecedented that it’s hard to know how much it will cost. It aims to stimulate the massive uptake of EVs, which are now scarce and viewed with doubt by many Americans. Meanwhile, it would orchestrate the construction of a brand-new, nationwide fueling network that arrives just as the vehicles do. And it has to do it all quickly to fend off the climate crisis.

"However much money is in this box, it’s quite a lift," said Barry Rabe, a professor of environmental policy at the University of Michigan. "It requires quite rapid purchase of lots of EVs, in a short period of time."

The infrastructure plan faces an uncertain future in the deeply divided Congress. Even some Democratic senators are balking at Biden’s proposal to fund the plan with corporate tax hikes.

One thing that EV proponents agree on is that the number, even if too small, suggests a rosy future for electric transportation. "Look, top line, $174 billion is a lot of money," said Jonathan Levy, the chief commercial officer of EVgo, one of the country’s largest charging networks.

The funds would pour into a plan of wide scope.

Biden has laid down specific markers. In the next decade, federal help would make possible 500,000 charging stations and convert from diesel to electric 50,000 transit buses and 20% of America’s school bus fleet.

"I was super impressed with the breadth of the plan," said Katherine García, a deputy director of clean transportation policy at the Sierra Club. "All of those … are key parts to moving the electric vehicle market forward."

But even with the Biden administration in with both feet, and with virtually every global automaker planning a robust lineup of EVs this decade, many hurdles remain.

A country as large as the United States has never tried to transition to EVs as quickly as Biden envisions. Rabe, the University of Michigan professor, pointed out that China and Norway have today become leaders in electric transportation — after a decade or more of planning.

"Once you start doing the math, you realize we needed to start doing it yesterday," said Jonna Hamilton, a manager of government affairs for clean transportation for the Union of Concerned Scientists.

Biden’s EV plan probably will rely heavily on changes to two parts of the tax code. One, known as 30C, provides tax credits for the building of charging stations. Another, 30D, currently gives a $7,500 tax credit to those who buy EVs.

These credits would need to be expanded and lengthened to meet Biden’s goals, but it is unclear what Congress will do. It’s hard to guess how big the credits should be, and how long they should be offered, to spark the propagation of both EVs and charging stations without overspending.

And there is another complicating factor: How much more generous will the incentives need to be to meet Biden’s other goal, of getting EVs into the hands of disadvantaged groups?

The current $7,500 tax credit is unlikely to cut it when it comes to "people who have never had the chance to buy a new vehicle in their life," Rabe observed.

A bill to alter the charging station incentive has been introduced by Sens. Tom Carper (D-Del.) and Richard Burr (R-N.C.).

Half a million chargers, or more?

Whether Biden has made a sufficient commitment to the electric fueling network is up for debate.

On one hand, the 500,000 chargers that Biden has pledged are enough to start to stimulate the charging system, especially in regions that are just getting started.

"That is a significant number," said Andrew Dillon, who works with utilities on their EV infrastructure plans as an innovation fellow at West Monroe Partners, a consulting firm.

He said that many large utilities currently are planning for tens of thousands of chargers, and smaller utilities in the single thousands. Biden’s goal "dwarfs the plans of most utilities today," he said.

But others are thinking beyond that immediate rollout and see a burgeoning need for charging stations. In California, for example, the California Energy Commission has estimated that by 2030 it will need 1.5 million chargers, or three times Biden’s goal, in a single state (Energywire, Jan. 25).

Some in the charging industry say — possibly self-servingly — that Biden’s target is too low and the need for largesse is far greater.

"If it all goes to EV infrastructure, maybe," said Drew Lipsher, the chief strategy officer of Volta Charging, a charging station provider, of the $174 billion. If it includes all the other items, "it may not be enough."

Just today, an analysis attempted to estimate how much building out the charging system will cost. Atlas Public Policy said that to get to 100% EV sales by 2035, the country would need to spend $87 billion on charging infrastructure in the next decade, with $39 billion of that going to public chargers.

It is expensive to construct the charging network because an entirely new ecosystem is just starting to arrive. "It’s hard to stand up with these younger companies without federal funding," Dillon said.

Whatever the specific dollar number, the Biden plan may catalyze power companies to thrash through the problems that currently dog the charging market.

With Biden’s plan, "all of those things become much more valuable and important to happen quickly," said Anne Smart, the vice president of public policy at ChargePoint Inc., one of the country’s largest EV station networks.

One bill that EV charging advocates are watching is a new version of the "Clean Corridors Act," which would provide grants to build electric fueling stations along federal highways.

A key part of the plan is how it is executed. "I think it’s still too soon to judge," said Levy of EVgo.

"This is about market acceleration," Levy said, "not about solving it in one day."