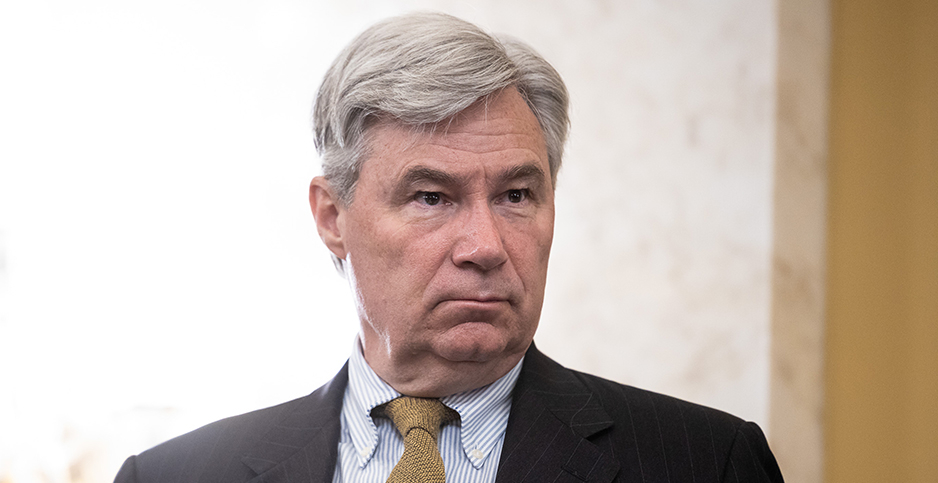 "I’ll admit I’m sensitive from the Obama climate abandonment, but I sense trouble," Whitehouse, the Senate’s top climate hawk, said in a series of tweets.

"Climate has fallen out of the infrastructure discussion, as it took its bipartisanship detour," Whitehouse wrote. "It may not return. So then what?"

It’s a concern that has increasingly bubbled up among progressives and environmental groups, who largely view Republicans as disingenuous and the bipartisan talks as a road to nowhere.

A growing number of congressional Democrats have also urged Biden to drop the negotiations, despite an uncertain path to garnering 50 votes for a partisan bill passed through budget reconciliation (E&E Daily, May 26).

President Obama attempted to pass a climate bill early in his term, only for the effort to end in failure when the Waxman-Markey cap-and-trade bill died in the Senate, despite a brief filibuster-proof Democratic majority.

Should the current Congress fail to pass climate legislation as part of an infrastructure bill, lawmakers will likely have few opportunities to legislate on the issue in the near future.

Earlier this year there was talk of passing some priorities in a bipartisan manner and others through reconciliation.

Whitehouse wrote that he doesn’t "see the preparatory work for a close Senate climate vote taking place in the administration," with few outreach efforts to garner support in the reluctant business community.

"We need planning, organizing and momentum. It’s not going to be easy. And it has to work. We are running out of time," Whitehouse wrote.

"There are a lot of paths forward here," she told reporters, noting that Biden and Sen. Shelley Moore Capito (R-W.Va.) are expected to speak before he leaves for Europe tomorrow.

The president, Psaki noted, had dropped his initial ask from nearly $2.2 trillion to $1.7 trillion. "He has come down quite a bit, we are looking to see more," Psaki said of Republicans.

She again touted tomorrow’s scheduled markup by the House Transportation and Infrastructure Committee of surface transportation reauthorization legislation for having "a lot of overlap" with Biden’s plan (E&E Daily, June 7).

"That is a path that has a lot of opportunity to move forward in the House," she said.

Psaki also said Biden was willing to listen to other bipartisan efforts to craft an infrastructure deal, including one led by Sen. Mitt Romney (R-Utah) that includes several moderate Democrats.

"We will look forward to seeing what they have to offer and what conversation we can have with them," she said.