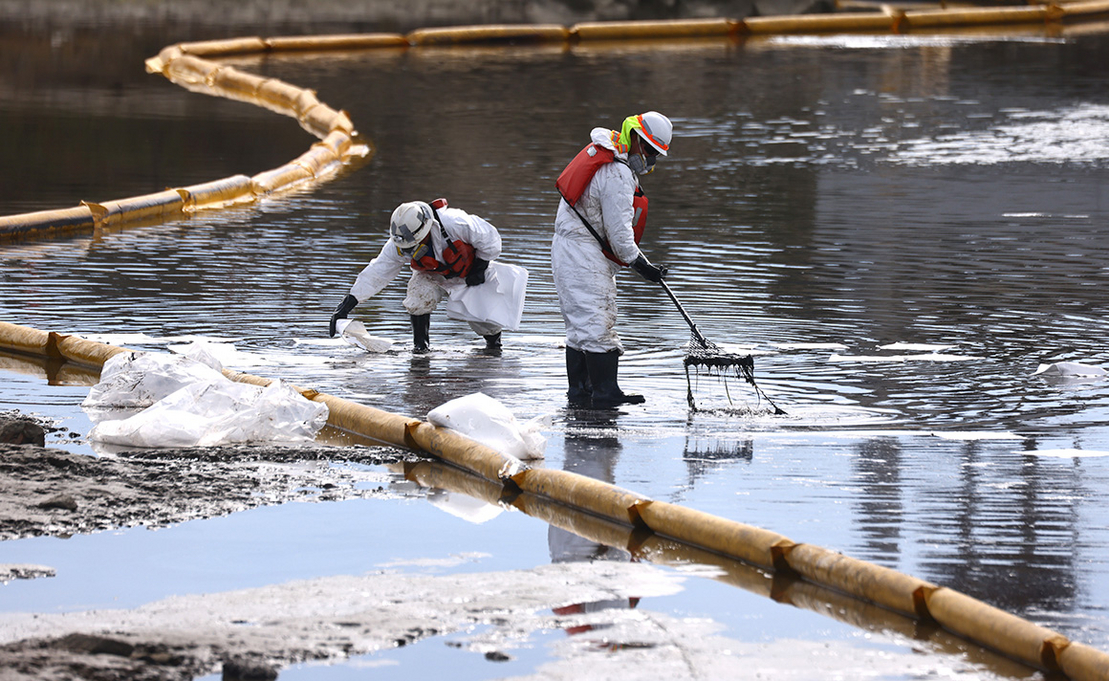 The House Natural Resources Committee will vote on a pair of bills to reform offshore oil and gas drilling in response to the recent crude spill off the California coast.

In addition, the offshore bleed caused by a ruptured pipeline will be the basis for a hearing before the Energy and Mineral Resources Subcommittee this week, part of an effort to explore greater oversight of offshore pipelines (Energywire, Oct. 5).

“As long as the industry is given a free hand to operate with impunity and dodge responsibility for the mess they cause and leave behind, there will be more disasters," said Natural Resources Chair Raúl Grijalva (D-Ariz.) in a statement last week.

He added, “This Committee is moving quickly to protect our coastlines and the communities that rely on them by setting the standards the industry refuses to set for itself.”

The committee will first meet tomorrow on whether to advance a suite of public land and energy bills, including two offshore oil reform proposals introduced earlier this year.

A bill from Rep. Julia Brownley (D-Calif.), the "Offshore Pipeline Safety Act," H.R. 2643, would require the Bureau of Safety and Environmental Enforcement to update pipeline safety rules, including mandates for leak detection systems and regular inspections.

The bill was inspired by a Government Accountability Office report released in the spring — at the request of Grijalva and Energy and Mineral Resources Subcommittee Chair Alan Lowenthal (D-Calif.) — that warned of a lax regulatory framework. It disclosed that more than 18,000 miles of pipe were permitted to be abandoned in the Gulf over the last few decades.

The second bill getting a markup tomorrow is the "Offshore Accountability Act," H.R. 570, introduced by Rep. Donald McEachin (D-Va.). It would require offshore drillers to report to Interior when their critical safety systems fail. Interior would then be required to make those reports publicly available.

The Energy and Mineral Resources hearing on Thursday is titled, “Impacts of Abandoned Offshore Oil and Gas Infrastructure and the Need for Stronger Federal Oversight.”

Offshore oil and gas development has come up several times in the committee this year, as part of a broader debate over the future of the federal oil and natural gas program. The push for stricter regulations and curtailment of new leasing or drilling has fallen along party lines with the Democratic majority advancing several reform measures over objections from Republicans.

The committee kept the focus on curtailment when it passed provisions in its portion of the reconciliation package. The bill would charge offshore pipeline operators annual fees and prevent new offshore leasing in federal waters in the Pacific Ocean, the Atlantic Ocean and the eastern Gulf of Mexico (Greenwire, Aug. 26).

The offshore oil spill, the worst California has faced in decades, has amplified Democratic calls to curb the industry’s ability to operate in federal waters (E&E Daily, Oct. 5). Democrats have focused on barring future oil and gas lease auctions, though the federal government hasn’t held an oil sale off the coast of California since 1984. Development is permitted on existing leases.

Last week, Democratic Sens. Dianne Feinstein and Alex Padilla of California, as well as Ron Wyden and Jeff Merkley of Oregon, and Maria Cantwell of Washington signed a letter asking that the multitrillion-dollar reconciliation plan include S. 58. Known as the “West Coast Ocean Protection Act,” it would prohibit new oil and gas leasing off the coasts of California, Oregon and Washington.

Also on the markup agenda are: