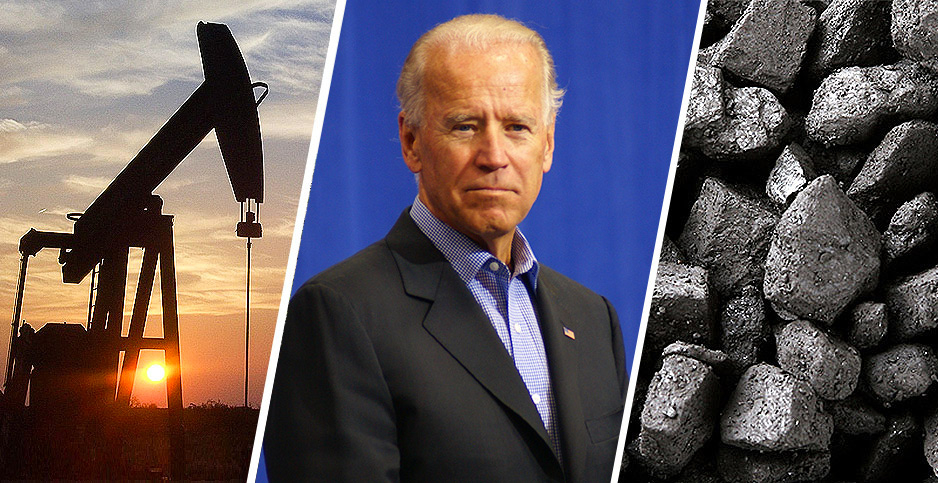 As the official transition to the Biden administration begins, the energy industry is preparing for a new round of courtroom battles against the president-elect’s anticipated tightening of restrictions on U.S. fossil fuel development.

Trade groups are watching carefully to gauge how far Biden is willing to go to regulate the energy sector and limit activities like hydraulic fracturing. Some organizations are already preparing to bring the new administration to court.

"One thing that the industry learned during the Obama years was, they would sue on almost everything," said James Coleman, a law professor at Southern Methodist University.

Action on Biden’s campaign pledge to halt all new permits for fracking on public lands could trigger lawsuits, as could potential efforts to conduct programmatic analyses of federal energy development.

Any bids by the incoming administration to halt lease sales or permitting approvals could also draw industry challenges.

Just as environmental groups and blue states teamed up in court against the Trump administration, industry interests and red states are expected to tee off against Biden. Coleman said he expects to see some of the same collaborations between trade groups and Republican attorneys general who opposed high-profile, Obama-era regulations like the Clean Power Plan.

Proponents of fossil fuel development aren’t the only challengers that are likely to take on the Biden administration in court. Green energy groups, for example, may join forces with the natural gas industry to push for increased infrastructure development.

"I think that a lot of the trade associations will stick together, even on things where they might not see completely eye to eye," Coleman said.

Western Energy Alliance President Kathleen Sgamma said her organization is already preparing to face off against Biden in court.

The trade and lobbying group has led or joined a number of legal challenges opposing Obama-era regulations and decisions, including litigation over the Bureau of Land Management’s regulation on methane emissions from the oil and gas sector on public lands.

"Western Energy Alliance is the tip of the spear when it comes to public lands issues," Sgamma said. "We’re gearing up for those types of battles."

Among her biggest concerns is Biden’s campaign promise to limit fracking on public lands, as part of the president-elect’s climate plan. Such an action would exceed the president’s authority and would likely fail in court, she said.

"It’s unfortunate that the president-elect has chosen to go there," Sgamma said, "because it does harm job creation and economic opportunity in Western states."

While Sgamma said Biden seems unlikely to launch a "full-frontal assault" on leasing and permitting, she said she is concerned that the president-elect could temporarily block development in order to study the environmental impacts of federal leasing, as the Obama administration did with federal coal leasing.

Environmental groups have called for the incoming administration to follow just such a strategy as a first step to banning new fracking outright on public lands and meeting Biden’s goal of net-zero emissions by 2050 (Energywire, Nov. 3).

Organizations like the Interstate Natural Gas Association of America (INGAA) and the American Petroleum Institute (API) swiftly offered their congratulations after the election was called for Biden on Nov. 7.

"Natural gas and related infrastructure has enjoyed bipartisan support for decades and it is our goal at INGAA to keep it that way," President and CEO Amy Andryszak said in a statement earlier this month.

Energy companies are hoping to work with the new administration on initiatives they support, said Jeff Holmstead, a partner at the lobbying and law firm Bracewell LLP.

"Industry groups won’t make decisions about legal challenges until they see what comes out of the new administration," he wrote in an email.

But API’s congratulatory statement following the election also hinted at sources of conflict with Biden, should he seek to slash fossil fuel development.

"During this unprecedented year of public health and economic crises, we need policies that keep household energy costs low and protect and grow the more than 10 million skilled U.S. jobs supported by our industry," API President and CEO Mike Sommers said in a statement.

Trade groups like the New Mexico Oil and Gas Association (NMOGA) have raised serious concerns about Biden’s statements on fracking but have stopped short of promising to pursue litigation.

"More than anything, there is a need for greater clarity about what these policies are trying to accomplish," said NMOGA spokesman Robert McEntyre.

While a prohibition on permitting could have implications for existing leases, a leasing ban would be limited to future development past a specific date, he said. A fracking ban would grind new oil and gas development to a halt, he added.

"Any of these is going to have an impact because of how much federal production we have," McEntyre said, noting that more than half of New Mexico’s oil production comes from federal lands.

Environmental policy out of Washington will play an outsize role on New Mexico’s budget, nearly 40% of which came from the oil and gas industry in fiscal 2019, he said. He pointed to an analysis by NMOGA and API that found a federal leasing and development ban would cost New Mexico $1 billion in federal revenue sharing.

"That’s revenue that can’t be easily made up," McEntyre said.