Energy policy on the line in high-stakes Mont. governor’s race 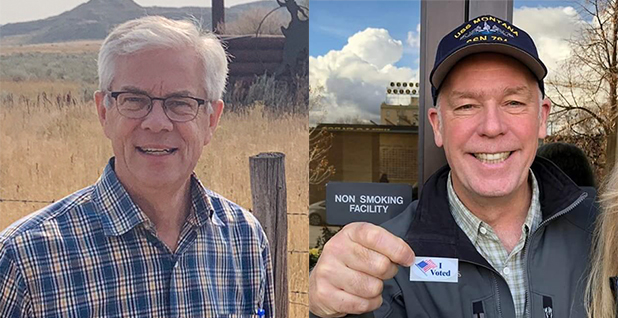 While Montana Gov. Steve Bullock’s (D) bid to unseat Republican Sen. Steve Daines is one of the nation’s marquee election battles, the scramble to replace Bullock in the governor’s mansion is equally fierce and perhaps more consequential for state energy policy.

Although Montana is a reliably Republican state in presidential elections, it’s had a Democratic governor since 2005, and its senior senator is Democrat Jon Tester. A mid-August poll by Global Strategy Group showed the gubernatorial battle is a dead heat, with Gianforte at 47% support and Cooney at 46%.

Gianforte, who got unflattering national attention after assaulting a reporter in 2017, has positioned himself as a staunch supporter of President Trump and his administration’s energy policies. Since assuming office in 2017, Gianforte has praised the repeal of the Obama-era Clean Power Plan, advocated for exporting Montana coal through Washington state and pushed for the extension of a federal tax credit on "clean coal."

Cooney’s website says he would aim to ensure that the state transitions to a renewable energy-focused economy without eliminating fossil fuels. He also recently released plans to make Montana "a leader in renewable energy" by modifying the state’s Workforce Training Grant program to prioritize renewable energy businesses and jobs.

But Montana coal may be in jeopardy since last year’s closure of two units of the Colstrip Generating Station, one of the largest coal-fired power plants in the country.

"There’s pretty clear evidence that the economic fate of Billings and points east are really intimately tied up with energy," said Patrick Barkey, director of the Bureau of Business and Economic Research at the University of Montana.

Gianforte has said that Colstrip should stay open, but he hasn’t released specific plans that would accomplish that. With the facility having long supplied electricity to Washington state and Oregon, Gianforte accused Washington Gov. Jay Inslee (D) last year of "killing" the power plant by moving his state toward 100% clean energy.

Montana’s next governor could also influence the state’s oil and gas industry, including how it is taxed, Saha said.

Gianforte has taken a stronger stance than Cooney in favor of the Keystone XL pipeline, which would transport crude oil from eastern Montana’s Williston basin to out-of-state markets, Olson said.

"I’m not sure what Cooney’s plans are with this climate report, and what effect that would have on our industry," Olson said.

Despite Montana’s ties to fossil fuels, two of the state’s largest industries — farming and tourism — are simultaneously being threatened by climate change, said Thomas Power, a professor emeritus of economics at the University of Montana. Between 1950 and 2015, the state’s average annual temperature increased by 2.7 degrees Fahrenheit.

That is likely driving desertification in eastern Montana’s Great Plains, which affects farming, and changing the climate at Glacier National Park and other recreational areas that are important for tourism, Power said.

Cooney has pledged to continue Bullock’s efforts to reduce carbon emissions. He would engage people across sectors and the state to ensure that outdoor spaces and resources are protected "from further negative impacts of a changing climate," his website says.

Gianforte’s plan doesn’t mention the changing climate, and the congressman has expressed doubt in interviews about the overwhelming scientific consensus around human-caused climate change.

Both candidates have said they would support and protect those resources, but Democrats and environmentalists have questioned Gianforte’s commitment on the issue. For example, he has not come out against William Perry Pendley, the acting director of the Bureau of Land Management, who has over years advocated selling off public lands.

"In some ways, things are less partisan here because [all] Montanans are strongly in favor of public ownership of forests, the parks, etc.," Power said. "If somebody were to actively advocate selling U.S. Forest Service property or BLM property, they wouldn’t stand a chance of getting elected."