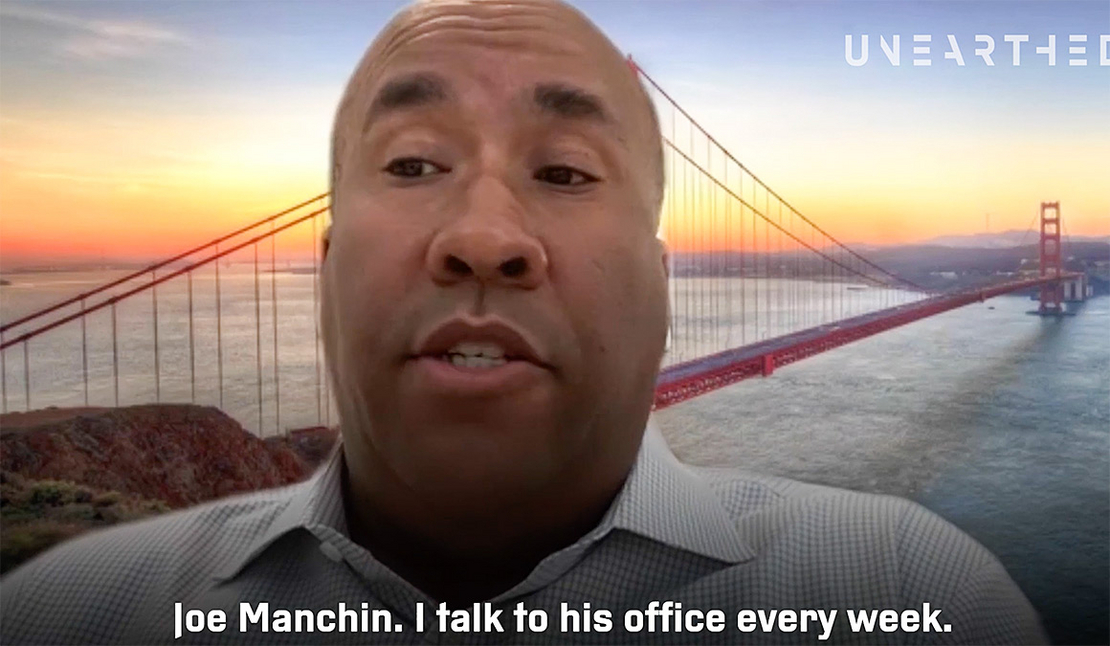 Exxon Mobil Corp. has parted ways with Keith McCoy, its lobbyist who divulged aspects of the company’s climate strategy in a secretly recorded video.

It’s unclear when McCoy left the company or if the oil major is still providing him legal representation related to congressional investigations spawned from his recorded comments.

“This is a private personnel matter, and we will decline to comment further,” Norton said.

McCoy, whose LinkedIn profile last night still said he was a senior director for federal relations at Exxon, could not be reached for comment.

Experts predicted the move would increase congressional scrutiny of Exxon and its former lobbyist. The company disputed McCoy’s comments, which undermined Exxon’s public support for a carbon tax, and his description of lawmakers as fish who he could “reel” in (E&E Daily, July 1).

“This is definitely going to raise the level of interest on the Hill,” said Tim Stretton, the congressional oversight director at the Project on Government Oversight, a watchdog group.

“An underlying issue here is — with the contradiction between the official and unofficial statements — what’s the implications for shareholders? Did they have all the necessary and accurate information they needed to make investment decisions?” said Stretton, a former aide to Sen. Susan Collins (R-Maine).

If McCoy or Exxon were “making false statements, could that potentially open them up to some kind of legal culpability?” he asked.

McCoy’s comments contradicting his employer were made in May to a Greenpeace UK official. The climate activist was posing as a headhunter for a Middle East energy fund that he claimed was looking to invest in the United States (Climatewire, July 2).

After Greenpeace UK shared the secret video with the media, the House Oversight and Reform Committee asked McCoy to testify under oath about his work for Exxon as part of a broader probe into oil companies’ disinformation efforts (E&E Daily, July 27).

The committee didn’t respond to questions about whether or not he cooperated with that request.

“The Oversight Committee plans to get to the truth about how the fossil fuel industry has misled the public about climate change and obscured its own role in creating this global crisis,” Chair Carolyn Maloney (D-N.Y.) and Rep. Ro Khanna (D-Calif.), the head of Environment Subcommittee, said in a statement. “Fossil fuel companies will not be able to hide the truth, regardless of whether the people who engaged in this conduct have left the company.”

McCoy is a longtime lobbyist who previously advocated for the HVAC company Johnson Controls and the National Association of Manufacturers.

He is still listed as a corporate adviser to the Congressional Black Caucus Foundation. But sometime between Aug. 14 and Sept. 8, the foundation changed his affiliation to “community advocate,” according to images of its website recorded by the nonprofit Internet Archive.

The foundation didn’t respond to questions yesterday about when and why it made that change.

This story also appears in E&E Daily and Energywire.