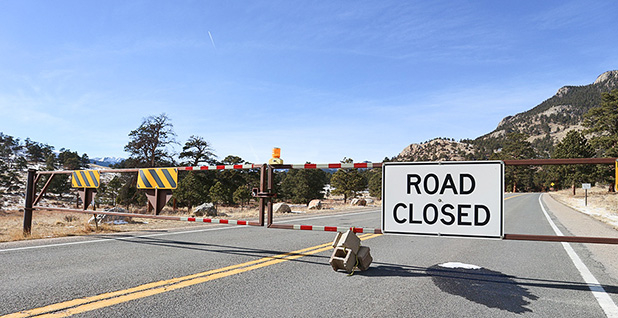 The National Park Service has reversed course on its decision to use revenues from its visitor and recreation fees to pay for basic operations during the 35-day partial government shutdown.

NPS acting Director P. Daniel Smith made the announcement in a memo sent to all NPS employees yesterday.

The move came after Democratic Rep. Betty McCollum of Minnesota said earlier in the day that she would formally request the Government Accountability Office investigate whether acting Interior Secretary David Bernhardt and the Park Service had violated federal law with spending decisions made during the shutdown.

At a House Appropriations subcommittee hearing, McCollum said she was "more than convinced" that NPS had ignored the Federal Lands Recreation Enhancement Act (FLREA) when it used visitor and recreation fees to clean bathrooms and pick up trash.

She said Congress had explicitly intended that those funds be reserved for park improvements or deferred maintenance projects.

"They’re not a slush fund for the administration to use when it wants to circumvent Congress’ power of the purse," said McCollum, who heads the Interior, Environment and Related Agencies Appropriations Subcommittee.

In his memo, Smith said the Park Service had decided that it would instead retroactively pay for shutdown operations with different funds approved by Congress.

After consulting with the Office of Management and Budget, Smith said, NPS got permission to use money from its annual operating account, using funds approved in Congress’ short-term funding bill, which extended agency appropriations through Feb. 15.

"In short, Congress has enabled us to fully restore the FLREA account to pre-lapse levels," Smith said.

He also thanked employees for the "professionalism and dedicated manner" they’ve shown since resuming their duties after the shutdown.

"We are most grateful to have you back," Smith said.

Jennifer Rokala, executive director of the Center for Western Priorities, said the latest decision "raises a number of questions, including whether acting Secretary Bernhardt illegally used funds to keep our parks open in order to score political points" during the shutdown.

"Only under threat of investigation did he retreat and relinquish critical funds that address park maintenance," she said.