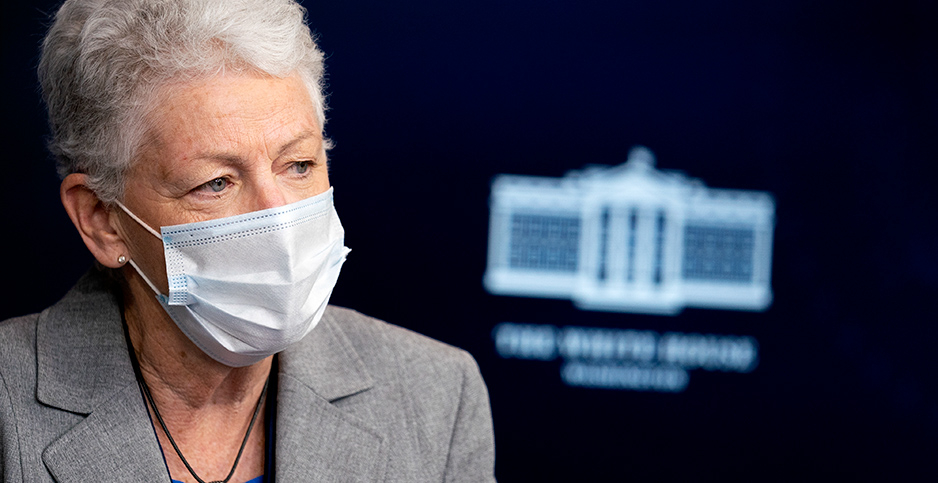 The former EPA administrator was circumspect yesterday about when those orders might come or what they might entail. But she hinted that Biden isn’t done — even after he launched his presidency with a raft of climate-related orders and actions.

"You might see a few here and there," McCarthy said. "The climate one was certainly one of the most robust that really showed the direction we’re going to take, but there is more to come in terms of opportunities to tell the American people about the actions that we’re taking and that we plan to take and you’ll see those rolling out over time."

While congressional action would be forthcoming as well, she said, "we are going to use the president’s executive authority."

While the administration’s climate strategy is still emerging, McCarthy said she is working with members of Congress, industry and federal agency heads on further actions. She said her first weeks in the White House have included Oval Office meetings, as well as outreach to members of Congress on climate to establish priorities. She said the White House is also looking at an infrastructure bill now taking shape in Congress as a means of addressing climate change.

McCarthy also left open the option of using a carbon tax to help lower U.S. emissions of greenhouse gases. That echoes the interest of other Biden officials.

Said McCarthy: "There is nothing that is off the table and out of consideration, so we’ll work with obviously with Janet Yellen and with John Kerry, who are two terrific people who know a lot more about the economics than I do, but we’ll keep working together in a whole-of-government approach to get every tool investigated and looked at and use whatever is best."

She said one early area of focus would be reducing emissions of methane, a powerful greenhouse gas. Methane, which is emitted by the oil and gas sector, is about 34 times more powerful than carbon dioxide over a 100-year period. During her tenure in the Obama administration, McCarthy’s EPA imposed methane emission cuts of about 40%-45% on new oil and gas sources over about a decade.

That effort was rolled back by the Trump administration, but McCarthy said she’s already had discussions with industry to bring back a version of those standards.

"We’re already talking to different industry sectors, we’ve sent signals already," she said, adding, "We’re going to start getting at this methane issue, we think we can move that forward quickly."