GOP builds climate plan: ‘We have nothing to be afraid of’ 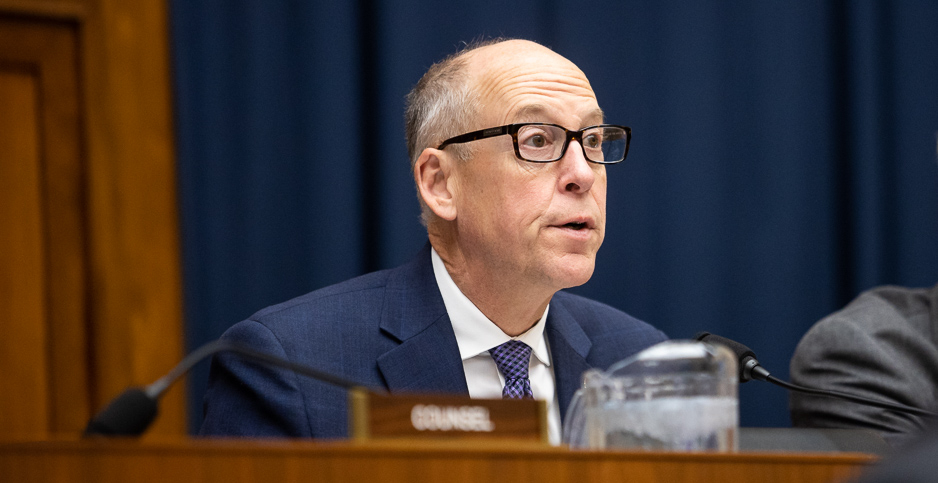 By the time House Republicans huddled yesterday to discuss climate policy, their talking points were already in motion.

Minority Leader Kevin McCarthy (R-Calif.) and GOP leaders of the relevant committees have been hitting the big ideas for months. Energy innovation should be central to climate policy, not regulation or a carbon tax. Emissions must go down in the developing world — but not through the Paris Agreement.

The goal of yesterday’s meeting, Republican aides and lawmakers said, was to teach the full House GOP conference how to talk about climate policy and to put together a legislative package of energy-innovation-style bills as an answer to Democratic plans (Greenwire, Jan. 16).

"I think it was educational, and it was for people who are uninvolved with it," said Rep. John Shimkus (R-Ill.), ranking member of the Energy and Commerce Subcommittee on Environment and Climate Change. "We have nothing to be afraid of in this debate."

The implications are something of a mixed bag. The ideas that came out of the meeting are largely the same energy-innovation-style approach that Republicans have been pursuing since the very first Energy and Commerce Committee hearing of the 116th Congress.

E&C Committee ranking member Greg Walden (R-Ore.), for instance, made the case in his presentation that innovation, forest management, resilience and permit streamlining for energy and transmission infrastructure are all things Republicans support, mirroring comments he’s made at virtually every climate hearing this year.

"I think the leader is going to gather the chairmen, and they will probably unveil a package of ‘here are some things we can do,’ and try to get buy-in by the conference," Shimkus said.

But without other policies to spur on emissions reductions, climate advocates say energy innovation alone is likely not enough to stop the planet from warming drastically.

And to critics, the fact that their position has evolved little during the last year suggests that they’re not really at the table yet.

"They’re the kid in the classroom that was called on by the teacher and now they’re frantically trying to come up with an answer on the spot," said Josh Freed, senior vice president for the climate and energy program at Third Way.

The meeting was the first in a series of regular huddles about policy. McCarthy chose to tackle climate change first, and aides and lawmakers say the legislative framework he will put out could take on a variety of policy areas, from energy innovation to efficiency and agriculture policy.

"The data is clear: The population, even Republicans, identifies [climate] as an issue," Shimkus said after the meeting. "Most people identify that human activity has some aspect, and so we ought to do it in a way that keeps costs low and grow our economy."

Walden’s presentation laid out that case. He cited polls that show nearly 70% of Republicans younger than 45 are at least a little concerned about climate change — and that younger voters as a whole recognize that it’s influenced by human activities.

At the same time, many Americans are worried about how climate policy could hurt the economy. That presents an opportunity for Republicans, Walden said, after years of Democrats and activists labeling the GOP as the party of deniers.

"Don’t let Democrats define what you are for — ONLY YOU can do that for your constituents," the presentation reads.

Part of the Republican solution, according to Walden, could be the "12 in 20" package of energy innovation bills that E&C Republicans are pushing to pass this year (E&E Daily, Dec. 10, 2019).

All in all, the reception among the House Republican audience was positive, said Science, Space and Technology Committee ranking member Frank Lucas (R-Okla.).

"How do we offer an agenda to lay the groundwork to address climate issues in a way that doesn’t disrupt the economy for the average American citizen and continues to let us lead the world?" Lucas said after the meeting. "That was what today was all about."

For many in the climate advocacy world, though, Republicans will have to support something more to be taken seriously.

Energy innovation has been a bipartisan point of emphasis for years. Whether or not it can be part of the solution to climate change is generally not something that’s in dispute on Capitol Hill.

Several of the bills on Walden’s "12 in 20" list, for instance, are bipartisan, including measures to spur carbon capture and advanced nuclear. Progressives, however, are not on board with those plans.

But most experts say there needs to be a larger market signal of some kind — a direct price on carbon, a regulatory regime, tax incentives or something else — to get clean energy to the domestic market at the scale needed to address the problem. The argument goes that once it’s widely deployed in the United States, clean energy technology can be exported cheaply elsewhere.

"What we hear over and over again from innovators is that these technologies have to come to market in the United States, and then they will go to the rest of the world," Freed said.

Republicans, as a whole, aren’t willing to go there yet. Shimkus yesterday knocked the idea of pricing carbon or any "centralized system" of transitioning the country away from fossil fuels.

"That was a serious and limited solution they failed to support, but they are suddenly serious a few weeks later after decades of climate denial?" Coequyt said in a statement.

"Reality check: We have all the technology we need right now to tackle the climate crisis. The real obstacle to the climate action we need is political will, and we’re not seeing any actual evidence of that on the GOP side right now," he said.

To others, though, the meeting — and the coming legislative package — was another milestone in the slow but sure transformation of the Republican Party.

"The combination of regulatory reform and subsidies they’re currently contemplating could help address climate change, but we will need more impactful policies in the future," said Alex Flint, executive director of the Alliance for Market Solutions, a pro-carbon-tax group.

Republicans though aren’t the only ones with climate problems.

While GOP lawmakers use global emissions as an excuse to support less aggressive policy, Democrats often do not grapple with the scope of world economic growth and its implications for climate policy, Flint said.

Nonetheless, Flint added, "this is an important day for Republicans on the politics of climate change."