Here’s what we’re reading in the Arctic 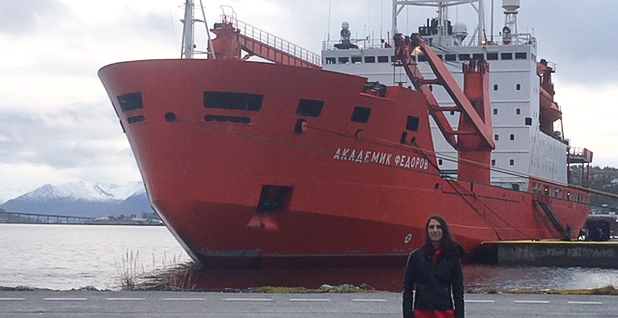 Six weeks away from home is a long time.

It’s even longer without the luxury of internet, Netflix or Seamless at your disposal. With that in mind, most of us brought our own creature comforts on the MOSAiC Expedition into the Arctic. Quarters are tight on the Akademik Fedorov
, a Russian research vessel that’s supporting the mission’s main ship, the Polarstern,
a German icebreaker. But there’s enough room for essentials.

I caught up with some of the expedition crew members to ask what they brought along for the long voyage by sea.

Scientific journal articles and textbooks were probably the most common reading materials. If you’re a researcher on a climate expedition, that’s probably the way to go. But I left those out of this list. Here are some other titles:

Snacks are by far the hottest commodity at sea. We’re well fed here on the Akademik Fedorov, but there are a few luxury items that you just can’t get once you leave shore. Real coffee is the one everyone seems to miss the most.

Veteran travelers advised us in advance to bring something nice, like good chocolate, for trading purposes. (I envisioned a kind of high-seas black market while I was grocery shopping for this trip.) And at least one contributor to this list joked that he hoped no one on board would see this story, or they’d all come knocking on his door asking to share his stash.

Movie nights are possible on the Akademik Fedorov, thanks to a projector on board. We keep a list of suggestions posted in the hallway, based on the films we’ve all brought with us, and vote to decide on viewings. ("The Blue Planet"
documentaries have the most votes as I’m typing out this list — not surprising for a ship full of scientists!)