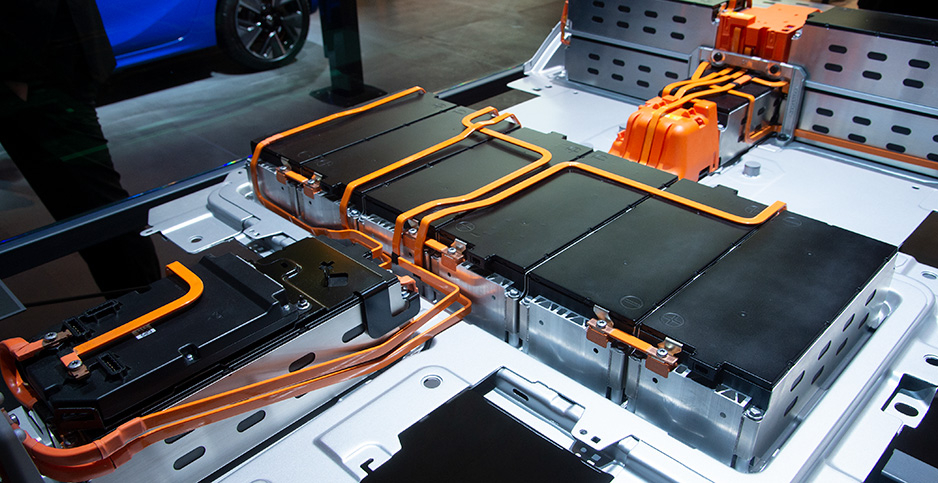 The letters stand for compounds of nickel, manganese and cobalt, three elements that are vital ingredients in the most common of today’s EV batteries. Combined into a complex lattice structure, they form the battery’s positive electrode where lithium ions gather as the battery delivers its power.

"Most of the [vehicle] batteries out there are some combination" of the three elements, said Haresh Kamath, senior program manager for the Electric Power Research Institute, speaking of the NMC chemistry. Tesla Inc.’s battery design has been the main exception, but it filed a patent at the end of last year for an advanced NMC battery of its own.

China’s intensely focused technology development has put it in the lead with NMC 811 batteries, Frith said. "They are beginning to be introduced in China this year, and we expect that it will really start hitting the global markets around 2021-2022," Frith said.

With President Trump’s opposition to national climate policies, there is no straight path that will lead to competitive commercial development of these advanced NMC batteries in the United States, unless foreign manufacturers build battery plants here, analysts say. Members of Congress are pushing for more research at DOE.

The "Climate Leadership and Environmental Action for Our Nation’s Future Act," sponsored by House Energy and Commerce Chairman Frank Pallone (D-N.J.), would direct the Energy secretary to accelerate domestic manufacturing of batteries and other technologies for plug-in electric vehicles and would provide $25 billion over 10 years to support this goal (E&E Daily, Feb. 26).

Nickel is most prized among the three for its performance. But too much nickel without careful controls risks dangerous battery fires. So China’s leap forward into NMC 811 designs comes with risks.

Research victories, coupled with gains from manufacturing experience, increased nickel’s role and helped push the battery costs steadily downward from $1,100 per kilowatt-hour (kWh) of battery capacity a decade ago, measuring a battery’s capacity to deliver a kilowatt’s flow of power for an hour to an EV’s motor.

"It’s generally considered that a battery pack has to be at $100 per kilowatt-hour for EVs to reach price parity" with gasoline-powered cars, Frith said. "Of course there are variations within that," Frith added, but $100 is the magic number. BloombergNEF predicts that cost will be close to that mark in 2023.

That mix "does produce the best combination of energy density and cost," Kamath said. But "there’s a lot of concern that as you go to 811, it’s naturally a more dangerous combination."

"Last year there were a handful of Chinese EV models using the high-nickel cathode chemistry with the main producer being" Contemporary Amperex Technology Co. Ltd., which is partnering with BMW, Honda and Hyundai. South Korea’s SK Innovation has been the most vocal about switching to 811, Thakore added. "Last year they said that all of their facilities would be capable of producing 811 but this hasn’t been confirmed."

Controlling nickel’s risks has been a journey of persistence, Frith said. The material is more sensitive to moisture and temperature change, requiring the greatest care in design and manufacturing. "We can see examples of where companies have managed to solve such problems," he added, naming Tesla in particular. "It has taken awhile for manufacturers to really perfect those technologies."

Some analysts say that China’s lead in battery development could be linked to a lower likelihood of consumer lawsuits in that country.

"Some of the Chinese automotive companies are potentially willing to take a bit of a risk on it, whereas a lot of the European and U.S.-based companies are slightly more risk-averse, perhaps," Frith said. "They don’t want to make a gamble on it quite yet. I think they’ll wait to see how it performs."

Preventing overheating and fires in nickel-rich batteries is an essential priority for researchers, said Jason Croy, a materials scientist with the Energy Department’s Argonne National Laboratory. He leads a team of 50 scientists who have spent two years investigating cobalt.

As that element’s share of the mix increases, the stability of the cathode surface erodes, he said. Computers are enlisted, Croy added, "to try to predict which elements or strategies would be most useful" in dealing with surface breakdown. Then strategies must take shape in test procedures looking at NMC’s atomic structures. "The program we have is trying to uncover some of the fundamental physics-based mechanics on why the materials behave the way they do.

"With any of these things, the material is out there, but the question is at what price," said Elsa Olivetti of MIT’s material science department. "In most cases there are reasonable supplies" of the critical materials, "but there are potential challenges that should be approached with eyes wide open."

"I’m interested in trying to develop a [battery] technology based on manganese, which is one of the Earth’s most abundant elements. That’s one of my personal goals," Croy said.

But new solutions must ultimately win the confidence of carmakers that must bet their product lines and reputations on the battery’s safe and reliable performance.

That’s a path that could be staked out by policy, but isn’t.

Gregory Halder, a business development executive at Argonne, said there are multiple ways the national laboratories’ research can transfer to manufacturers. "The labs have the opportunity to own and control the IP [intellectual property]," he said, and generally these technologies become broadly available to industries to license rather than targeted to particular manufacturers. How advanced NMC batteries might take root in the United States is not clear.