How Biden’s DOJ could hold oil firms accountable on climate 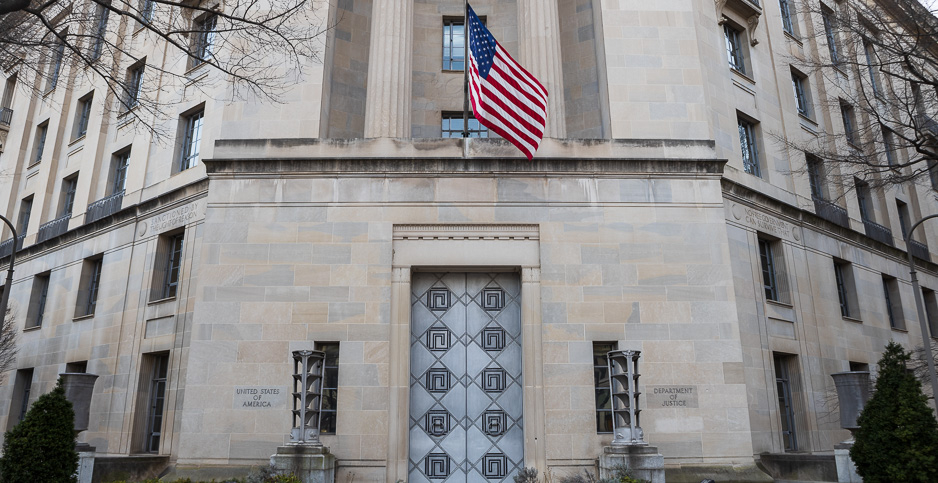 On the campaign trail, President Biden promised that his Department of Justice would "strategically support" lawsuits against the biggest corporate polluters.

Now, that pledge is being put to the test.

Newly confirmed Attorney General Merrick Garland will have to decide whether — and how — to throw the weight of the federal government behind states, cities and counties that are suing fossil fuel companies over their role in causing climate change.

"Attorney General Garland has a clear mandate to hold polluters accountable and investigate acts of fraud against the American public," Richard Wiles, executive director of the Center for Climate Integrity, said in a statement after Garland’s confirmation earlier this month.

"There has never been a more consequential fraud perpetrated against the American people than the fossil fuel industry’s concerted, decades-long campaign to mislead and lie about the catastrophic climate damages they knew their products would cause," Wiles added.

When vying to become the Democratic Party’s presidential nominee, Biden released an environmental justice plan that stressed the need to reduce pollution in overburdened communities of color and low-income neighborhoods.

Borrowing a proposal from Washington Gov. Jay Inslee (D), who ran against Biden in the primary, the plan called for establishing an Environmental and Climate Justice Division of DOJ that would "strategically support ongoing plaintiff-driven climate litigation against polluters."

To environmental lawyers, that line appeared to be a reference to nearly two dozen climate liability lawsuits brought by state and local governments against oil and gas companies.

The suits contend that the companies misled the public about the environmental risks of burning fossil fuels for decades. The local governments argue that the industry should now cover the costs of addressing sea-level rise, wildfires and other disasters fueled by rising global temperatures.

An obvious way for DOJ to "strategically support" the suits is by filing amicus briefs, also known as friend of the court briefs, on behalf of the states and municipalities, said Karen Sokol, a law professor at Loyola University New Orleans.

"It’s not decisive, but it actually matters a lot to courts when the federal government weighs in," Sokol said. "So what Biden’s DOJ, headed by Merrick Garland, has to say about that is significant."

Under former President Trump, DOJ filed at least six amicus briefs on behalf of the oil and gas companies targeted in the climate liability litigation, including in suits brought by Baltimore; San Francisco; and Oakland, Calif.

If Biden’s DOJ switched sides, "it would be a 180-degree turn from the Trump administration, which has been heavily involved in supporting the industry’s defense against the claims from the beginning," Sokol said.

The American Petroleum Institute, a powerful trade group for the oil and natural gas industry, blasted Biden’s commitment when the candidate released his environmental justice plan in July 2020.

API is named as a defendant in recent climate lawsuits brought by Delaware; Minnesota; Hoboken, N.J.; and Annapolis, Md. Three of the four suits were filed after Biden unveiled his environmental justice plan.

Role of the courts

At the same time as it was defending fossil fuel companies in court, the Trump administration was dismantling a host of climate and environmental regulations.

By contrast, Biden has promised to craft aggressive new greenhouse gas standards for vehicles, power plants and other sources of planet-warming emissions.

Donald Kochan, a professor at George Mason University’s Antonin Scalia Law School, said it would be "dangerous" for Biden’s DOJ to file amicus briefs on behalf of state and local governments for that reason.

In particular, Kochan argued that Biden’s DOJ would "run the risk" of giving the courts — rather than the executive and legislative branches of government — the power to set climate policy for the nation.

"That’s dangerous, because anytime one branch of government gives up its authority to another, the separation of powers becomes ever more diluted," he said.

Melissa Powers, a professor and director of the Green Energy Institute at Lewis & Clark Law School, pushed back on that notion.

Powers said the state and local governments aren’t trying to set climate policy or force fossil fuel companies to mitigate their emissions. Instead, the challengers are asking the oil and gas firms to help cover the costs of adapting to climate impacts such as sea-level rise and flooding.

DOJ could persuasively explain this distinction between climate mitigation and adaptation in its amicus briefs, Powers said.

"If you have DOJ coming in and saying, ‘It’s OK to hold these huge emitters accountable for their past behavior, even as we at the federal level try to chart a path forward on climate mitigation,’ I really think that a court would listen to that," she said.

In addition to filing amicus briefs, Biden’s DOJ could launch an investigation into whether the oil and gas industry engaged in fraud by failing to warn Americans about the dangers of burning fossil fuels, said Wiles of the Center for Climate Integrity.

"The Department of Justice could launch an investigation into the well-documented deception of the oil industry, and that would potentially shed a lot of light on the role of the industry in causing the climate crisis that we’re in," Wiles said in an interview with E&E News.

"They would be in a unique position to do it," he said. "I mean, they’re the largest law firm in the world. They’ve got authorities that other people don’t."

Whitehouse reminded Garland that DOJ successfully sued the tobacco industry in the 2000s for fraudulently covering up the health risks of smoking cigarettes (Climatewire, March 10).

In an emailed statement to E&E News, Whitehouse said he’s continuing to push for a similar probe of the oil and gas industry.

"To date, the Department has given no indication it performed the basic due diligence of considering the tobacco model, let alone fearlessly pursuing the damning facts that pile up in the press and academic research," the senator said.

"An important way for the Department to support the state and local actions against the fossil fuel industry will be to do that due diligence, gather the record, and vigorously pursue the laws they’ve used successfully in the past," he added.

Connecticut Sen. Richard Blumenthal, another Democrat, asked Garland at his confirmation hearing if DOJ would consider "taking action against gas and oil companies for lying to the American public about the devastating effects of these products on climate change."

Garland said at the time that he couldn’t answer the question because of the pending litigation. A spokesperson for Blumenthal didn’t respond to a request for comment on this story.

Regardless of how DOJ supports climate liability litigation, change could be coming to the department’s organizational structure.

In his environmental justice plan on the campaign trail, Biden called for the creation of a new Environmental and Climate Justice Division of DOJ. But in a Jan. 27 executive order on climate change, the president softened that language, saying the attorney general should consider establishing an Office of Environmental Justice.

Kelly Johnson, a partner at Holland & Hart LLP, said it’s still unclear how a new environmental justice section — whether a division or office — would fit into the department’s existing framework.

Johnson noted that DOJ already has an Environment and Natural Resources Division (ENRD) that handles issues including endangered species and enforcement work.

"I just worry that if you created a new division, it would impede the efficiency of so much of the enforcement work that may not have that much to do with environmental justice or climate change," said Johnson, who was a high-ranking ENRD official during the George W. Bush administration.

If Kim is confirmed by the Senate, he may have the final say over the new division — and its role in holding the fossil fuel industry’s feet to the fire.