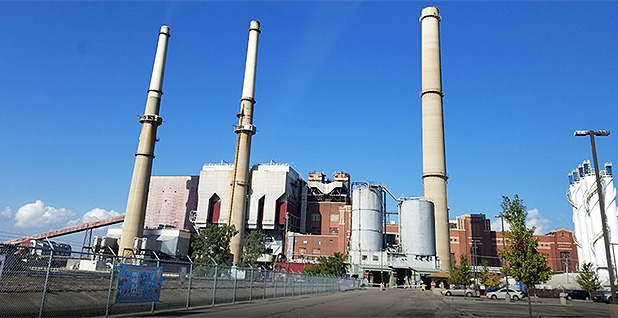 NRG Energy Inc. is proposing a measure in Illinois that would compensate the company for retiring coal plants or converting them to natural gas as a way to help the state meet climate goals laid out by Democratic Gov. J.B. Pritzker. Imagery ©2018 Google

A power producer in Illinois is pitching a first-of-its-kind plan to survive in a market that’s seen coal plants pushed offline by age, cheap gas, growing competition and slack demand.

NRG Energy Inc., Illinois’ second-largest coal plant owner, wants coal units to be eligible for payments by converting to natural gas or even shutting down under a broader utility plan to help slash carbon emissions.

The measure faces long odds, joining a crowded field of complex energy bills as the General Assembly enters the final month of the regular session. And environmental and consumer groups and rival Exelon Corp., which are all lobbying for their own bills, quickly panned the proposal as a "coal bailout."

But NRG executives are holding to the idea that their plan has merit not just in Illinois, but also in other states wanting to tackle climate change while easing the escalating tension between state clean energy programs and wholesale markets.

"Illinois has the chance to step up and get it right," Judith Lagano, senior vice president of asset management for the company, said in an interview with E&E News. "This can become a model for so many states in decarbonization."

The proposal comes as Illinois is weighing other measures to expand support for renewables and nuclear energy as a way to further reduce carbon emissions in line with Democratic Gov. J.B. Pritzker’s goal of putting the state on the path to 100% clean energy by midcentury.

But the company insists there’s a more cost-effective way to achieve those goals, especially in Illinois, where "existing clean energy programs are struggling to deliver carbon reductions."

"We were frustrated in that we thought there were better ways to achieve those objectives," Lagano said.

NRG specifically cites the state’s renewable standard, which requires 25% of energy supplied by utilities Ameren Corp. and Commonwealth Edison to come from renewable resources by 2025. Currently, the program is behind pace even in spite of the 2016 Future Energy Jobs Act (FEJA), which will spur development of 4,300 megawatts of wind and solar.

The company’s answer is the "Competitive Clean Energy Act," a measure introduced as an amendment to Senate Bill 135 (House Bill 125 Amendment 2) and debated in House and Senate utilities committee hearings last week.

The measure, outlined in a Brattle Group white paper prepared for NRG last month, would create a market for "clean energy attribute credits." Like renewable energy credits (RECs) or nuclear zero-emission credits (ZECs), the credits would represent the environmental attributes of a megawatt-hour of energy.

Credits would be procured in an annual auction held three years in advance of when the energy is needed. Winning bidders would receive a single clearing price for credits, and contracts for new resources could be extended for seven years to provide long-term price certainty to support financing.

The auction would be run by the Illinois Power Agency, which would procure credits equal to 80% of the state’s electricity demand in 2020. The percentage would increase annually through 2050 when the credits purchased on behalf of Illinois utilities would equal 100% of electricity use.

The cost would be capped at the sum of Illinois’ existing four clean energy mandates — an amount equal to as much as $1.5 billion a year.

While costly, Lagano said, the proposal represents a simpler and more efficient replacement for Illinois’ four existing clean energy mandates and provides a "better bang for the buck" in reducing emissions.

"Competition across technologies avoids relying on policymakers to accurately predict the future of costs and innovation, or to pick ‘winners’ and ‘losers,’" Brattle economists said in the white paper. "Instead, the market determines how the best mix changes over time to meet increasing decarbonization targets."

But opponents quickly characterized the bill as a windfall for coal-fired power plants that would be eligible to sell credits into the auction if they reduce carbon emissions through operating efficiency, through unit retirement or by converting to natural gas.

"It’s pretty audacious," said David Kolata, executive director of the Citizens Utility Board, a Chicago-based consumer group. "It appears to be a giant money grab."

J.C. Kibbey, a clean energy advocate for the Natural Resources Defense Council, said the energy markets are already prompting a transition away from coal, so the state wouldn’t be smart to offer additional ratepayer-funded incentives.

"It doesn’t make a lot of sense to compensate coal plants for fuel switching or retirements," he said.

Kibbey also said paying coal plants to shut down does nothing to bolster grid reliability or help communities or employees affected by the closures and would simply funnel millions of dollars to the plants’ owners.

NRDC and CUB are members of the Illinois Clean Jobs Coalition, a group of environmental advocates, businesses, and labor and faith groups that organized in 2015 to push legislation that ultimately became FEJA.

The coalition has proposed a sweeping follow-on bill that would boost the Illinois renewable standard to 50% by 2030 and 100% clean energy by midcentury (Greenwire, Feb. 28).

Perhaps the harshest criticism of the NRG proposal, however, came from Exelon Corp., the politically powerful Chicago power company that’s lobbying for a measure to support its nuclear fleet (Energywire, March 15).

Kathleen Barrón, senior vice president of government and regulatory affairs and public policy at Exelon, said the NRG proposal would raise bills for consumers by compensating coal plant owners for not producing energy.

"The biggest beneficiary is coal plant owners who would be paid to shut down their emitting plants," she said.

Exelon told legislators the measure could reward coal plant owners $285 million a year over the next 30 years.

NRG, a member of the Electric Power Supply Association, has battled Exelon for the past two years in the courts over the Illinois ZEC program adopted by the Legislature in 2016, with EPSA arguing the nuclear subsidies distort wholesale power markets.

Lagano rebutted Exelon’s claim that retired coal plants would receive payments for 30 years. The legislation would allow retired units to compete to sell clean energy credits for a single year, she said.

What’s more, the bill isn’t focused on coal specifically and instead would create a technology-neutral market for reducing carbon emissions in which all resources, including renewables and nuclear, would compete to determine who could reduce carbon emissions at the lowest cost, she said.

The investments, all done without subsidies, undercut opposition arguments that the plants are uneconomical and that incentivizing them to shut down early or switch fuels as a means to cut carbon emissions is a waste of money.

Lagano said, "I think it’s wrong to presuppose every fossil fired plant is on its last leg."