Inside agencies, ‘it changes everything’ when Congress flips 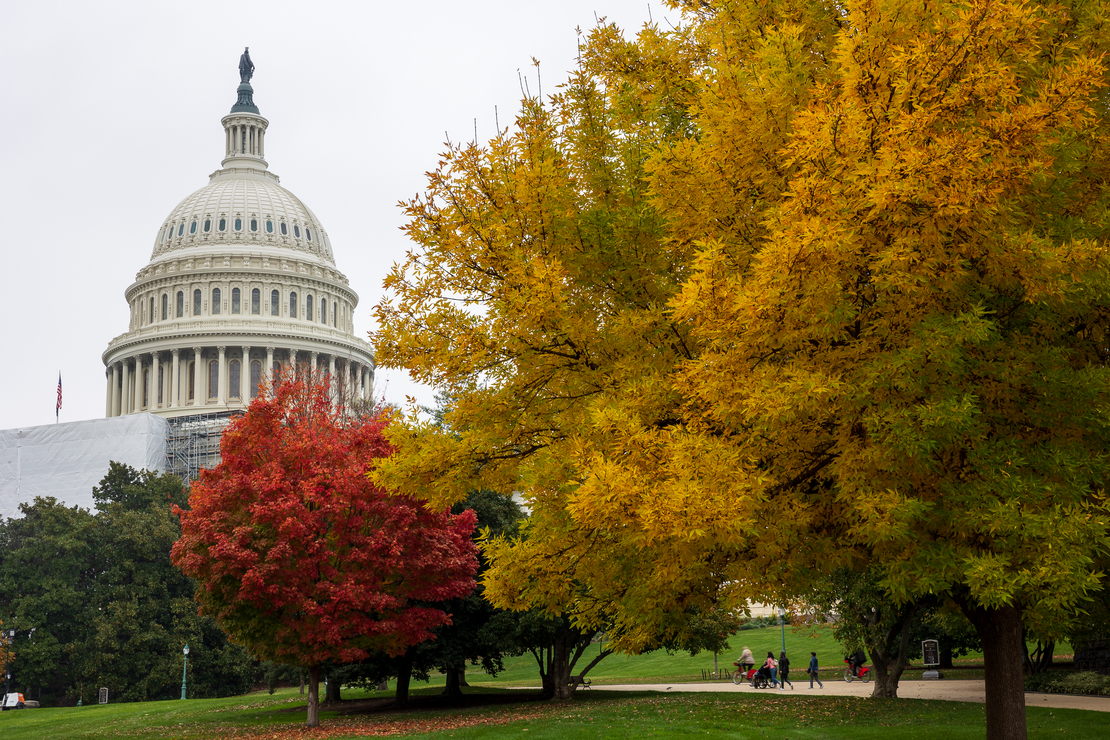 As the midterm elections approached, the leaders of agencies including the departments of Energy and the Interior, EPA and others braced for a possible GOP takeover of one or both chambers of Congress. EPA and Interior, for example, announced the hires of new oversight attorneys in the months leading up to the election (Greenwire, Oct. 17; Greenwire, Aug. 30).

“In a divided government, oversight goes from zero to 100 overnight,” said Cole Rojewski, who served as director of Interior’s Office of Congressional and Legislative Affairs during the Trump administration.

For now, control of both the House and Senate remains uncertain. The GOP appears poised to claim a narrow victory in the House; the Senate majority may not be known until after a December runoff in Georgia.

But agency officials working for the Biden administration will want to be ready for a flurry of hearings and a flood of document requests that are sure to follow if Republicans gain power on Capitol Hill, veterans of the Obama and Trump administrations told E&E News.

“It changes everything,” said a former Obama EPA official who was granted anonymity to protect professional relationships. “There are certain people whose lives just became consumed by this.”

It’s a phenomenon both the Obama and Trump administrations experienced after the opposing political party picked up seats in the midterm elections in 2010 and 2018.

Agency officials who can expect their jobs to change most dramatically include those who work on congressional affairs, lawyers in general counsel’s offices and program staff whose policies attract the interest of GOP investigators.

E&E News interviewed five former agency officials about what to expect if Congress flips. Here’s what they told us:

When Republicans took control of the House in the 2010 midterm elections, EPA set up teams internally to respond to congressional oversight requests, said Perciasepe, who served as EPA’s deputy administrator from 2009 until 2014.

“You actually have to allocate some people who are going to be virtually spending most of their time doing that kind of quarterbacking,” he said.

Congress led by Democrats had already been conducting oversight of the Obama administration, Perciasepe added, but “it becomes a different kind of oversight.”

EPA officials had to be cautious about how they spoke about programs that Republicans had made it clear they opposed, he said. “The oversight, in some cases, is not particularly designed to help you run your program better,” he said.

He also expects to see some personnel changes if Republicans win either chamber of Congress. Democratic staffers who leave Capitol Hill, for example, could wind up in the executive branch working on oversight and other issues.

Under the Trump administration, officials carried out a “total EPA approach” when Democrats took the House majority in 2019, said Brazauskas, who worked in the general counsel’s office and later the congressional affairs office on responding to congressional requests.

“You know that you’re going into a more hostile environment. Just by the nature of the opposition party having the majority, there are more members that are going to be really questioning your policy directives at the hearings,” said Brazauskas, who is now a principal at Bracewell LLP.

“We tried to take the congressional affairs office, the general counsel’s office, the program offices and the public affairs team and align them all to understand that there would have to be an all-hands-on-deck approach to responding to these requests,” he continued.

The approach included some new hires and job assignments to focus on tasks including document requests, preparing agency officials for testimony and organizing briefings for congressional staff and lawmakers.

“Frankly, these things take a lot of time away from an agency. The same folks who are working on writing the regulations, who are working on the policies, are the same people who are going to be involved in responding to Congress,” he said.

Navin joined the Energy Department as then-Secretary Steven Chu’s deputy chief of staff in 2011, just as House Republicans were ramping up investigations into the department.

The House GOP’s investigations into Solyndra — a solar company that went bankrupt after receiving a DOE loan — became a major focus of Navin’s job.

“It took a lot of time,” said Navin, who described Republicans’ Solyndra oversight as far more political than substantive.

Navin, who co-founded the government affairs firm Boundary Stone Partners, suspects that congressional Republicans will try to slow down or stop rulemakings that are in the works if they win gavels on Capitol Hill.

But most government officials won’t need to interact with Congress directly, Navin said, and the executive branch can continue to roll out the huge pots of money already allocated in the recently enacted energy and infrastructure laws.

He expects to see some executive branch turnover regardless of who controls Congress.

“There’s going to be turnover,” he said. “Presidential years of service are like dog years.”

“There is an oversight storm on the horizon,” said Rojewski, who led the Interior Department’s congressional affairs office.

“Departments are preparing to defend controversial policies by staffing up their congressional affairs and legal teams,” he added. “It takes time to properly staff up and get protocols for production in place, which departments and committees have had months to do.”

The Trump administration brought Rojewski on in early 2019, just as Democrats took the House majority. He’s faced criticism for how the office dealt with House Democrats (E&E Daily, Jan 12, 2021).

Rojewski defended his staff’s voluminous responses to requests and criticized House Natural Resources Chair Raúl Grijalva for what Rojewski described as the Arizona Democrat’s attempt to “weaponize” oversight during the Trump administration.

Rojewski, now a lobbyist, predicted that GOP oversight inquiries into the Biden Interior Department will focus on matters such as how the department has treated the oil and natural gas industry and its management of water in the West. He expects that the Forest Service is likely to face significant scrutiny over wildfire management.

Androff was a staffer on the House Transportation and Infrastructure Committee in 2011 when the GOP took over control and Democrats went on defense.

“Historically one of the most bipartisan committees, we had to use our role in the minority to prevent the Republicans from undoing all of the great work the Obama administration had done,” he said.

“It was mind-boggling to see how much time and resources were wasted responding to absurd oversight requests that were clearly intended to score political points and get ink in the newspaper instead of legitimate oversight of the executive branch,” he said.

If Republicans win a chamber of Congress, Androff expects them to try to use their oversight authority to try to “trip up the Biden administration” and prevent agencies from implementing climate and infrastructure laws.