Inside the Don Young staff revolt against a GOP candidate 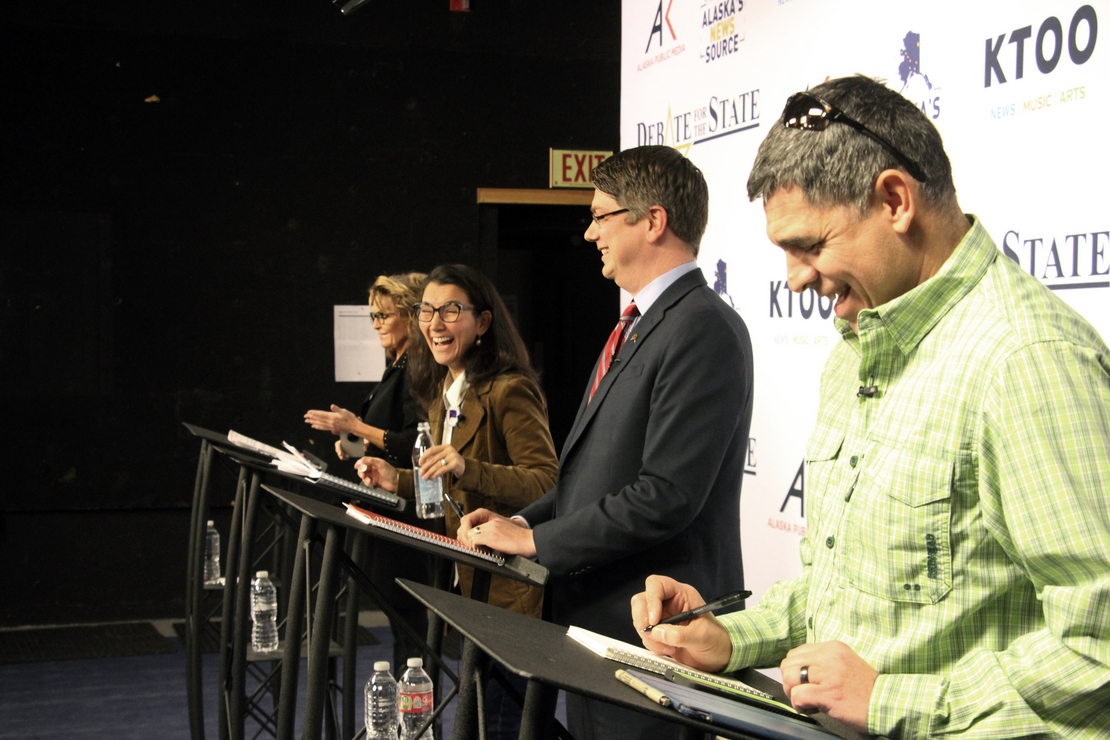 Begich is fighting back, publicly criticizing the work ethic of his former colleagues and accusing them of ignoring phone calls so they could watch episodes of “Friends” while on the job.

The Republican-on-Republican staff battle is escalating in the final days of the campaign and could sway the race for what has long been one of the most influential House seats affecting energy and natural resource issues. Democrat Mary Peltola won the race to temporarily fill the seat in August, under the state’s new ranked-choice voting system. Republicans’ last-minute attacks on Begich could further imperil his chances to take over the office in January.

Former Young aides accuse Begich, 45, a Republican businessman and a former ally who co-chaired Young’s 2020 reelection campaign, of being disloyal and deceitful to their former boss, who died earlier this year at age 88. Some of Young’s former staffers have publicly thrown their weight behind Peltola, crossing party lines in the race for Alaska’s sole congressional seat.

Animosity toward Begich is part of what drove some former Young aides to Peltola’s camp, said Mike “Keawe” Anderson, Young’s former chief of staff. Anderson was one of 11 former Young staffers who signed an op-ed this week backing Peltola.

“I signed the letter because, frankly, I love Mary Peltola,” Anderson said in an interview. He thinks that most former Young staffers are backing her in the race, a trend he attributed to a combination of support for her and animosity for Begich.

The accusations around Begich’s loyalty stem from his decision to challenge Young in the primary before he died, rather than waiting to run for the seat when Young decided to retire.

“The way he took on Young” during the primary was “divisive,” said Anderson. “It focused not on the issues, it focused on the personalities.”

Young’s allies are still fuming over how Begich approached his brief primary against the congressman before Young died in March.

“When he started demonstrating acts of disloyalty to the congressman in terms of denigrating him, that’s when people said ‘What is this? We brought this guy into the tent and what has he done?’” said one former Young staffer who requested anonymity to protect personal and professional relationships. “He’s done nothing but seek to harm and diminish Don’s legacy.”

Before he waged his primary against Young, Begich landed an internship in the Alaska Republican’s office so he could scope out his competition.

The setup was odd. It’s not at all common for members of Congress to grant internships to their aspiring political rivals.

The Begich family is an Alaska political dynasty. Begich’s grandfather, a Democrat, was Alaska’s sole congressman when he died in a 1972 plane crash. Young won the special election to replace him. And Begich’s uncle, Mark Begich, is a former Democratic senator from Alaska.

Young agreed to show Begich the ropes in Washington last year so he could decide whether to run, Begich told E&E News this week.

The internship, which Begich describes as a way for him to get temporary access to Young’s office, afforded the aspiring lawmaker a glossy badge and coveted access to the corridors of the U.S. Capitol.

Begich “asked Don Young to join our office & shadow the Dean to learn how Congress works,” Brown wrote. “Begich was planning on primarying Young all along. He used DY & staff to secure inside info.”
Some former Young aides don’t think Begich was clear about his intentions to primary Young while he was still in office.

A second former Young staffer said that while Begich had made it known that he was interested in running for Congress someday, people in Young’s orbit weren’t expecting him to challenge the longest-serving Republican in Congress.

“He was not entirely secretive about his future ambitions. But it was never ‘I’m going to run against Don Young in the next election,’ it was ‘one day I would like to serve in this role,’” said that former Young staffer, who was also granted anonymity to protect personal and professional relationships. “The problem with Nick Begich is that he’s kind of proven to be a say-anything-to-get-elected kind of guy.”

Begich said Young repeatedly encouraged him to run for office.

“The entire reason I was in the DC office was to make sure I understood more about the job itself before I decided whether to file. Don Young understood this, and though highly unusual, recognized how seriously I was taking this decision,” Begich told E&E News in a statement.

The only reason Begich came in as an “intern,” he said, was because only official staff could access the Capitol during that time in 2021 and that was the only way Young was able to provide that level of access to his office.

Young appears to have addressed Begich’s loyalty himself in audio recorded in February at an Alaska Republican convention that Brown posted Thursday on Twitter and described as Young expressing “sharp words for Begich.”

“I hired that young man to show him the ropes. I knew he wanted to run,” Young said in the recording. “You run for the job. Don’t run against me. And right off the bat, he hired my campaign manager,” Young said in an apparent reference to Begich hiring Young aide Truman Reed to lead Begich’s primary campaign.

“That really pissed me — excuse me — that really made me mad,” Young said. “You know, that’s not loyalty.”

After Reed left Young’s office in 2021, an IT investigation found that he had downloaded files and memos that he wouldn’t normally have needed for his job from the shared office server, two former Young staffers said.

Reed called those accusations “baseless and pathetic” in an email. “I played a substantial role in preparing briefing material and can tell you that there was little to no value in what was included given the ever-changing dynamic of the political world.”

Young encouraged him to work for Begich’s campaign, said Reed, who suggested Young initially planned to retire instead of running in the 2022 election.

“It wasn’t until the realization set in and Don Young changed his mind about running, did Nick or I become an issue,” Reed said. “Every step leading up to Nick Begich’s declaration for office was straight forward, and was done with Don Young’s knowledge, support, and encouragement.”

Begich has been disparaging Young’s staff on the campaign trail.

“I went down to D.C. in March of last year to take a closer look at what was happening in the office and understand Congress a little bit more,” Begich said during a debate Wednesday, where he sparred against Peltola, Republican former Alaska Gov. Sarah Palin and Libertarian Chris Bye.

“What I saw was very disappointing,” Begich said.

He saw “staff forwarding the phones to voicemail so they could watch episodes of ‘Friends.’ I saw lobbyists writing bills, sending them directly to the staff, getting rubber-stamped and sent to committee.”

Begich asked Peltola, “Why would you hire these staff and connect with these same lobbyists?”

When Peltola won the Alaska special election to fill out the remainder of Young’s term, she hired Young’s former chief of staff, Alex Ortiz.

“I’m sorry you had a terrible experience, but I have had a very positive experience,” Peltola replied at the debate Wednesday. “I think it’s really important to have continuity,” she added, particularly “when our congressman passed away unexpectedly and there were a lot of things hanging.”

Peltola added, “I find my staff very hardworking and committed to our state.”