Key chemicals ‘do not pose significant risks’ to bees — EPA 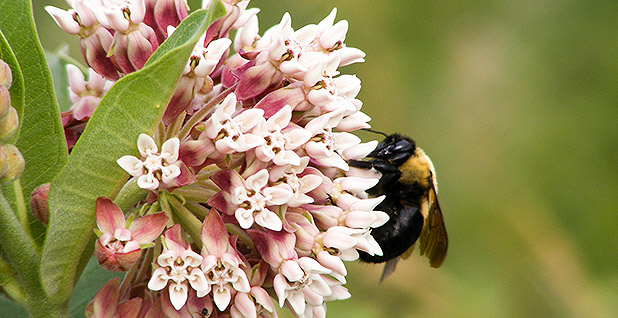 Yesterday’s EPA assessment did find that "spray applications to a few crops" — including cotton, berries and cucumbers — could harm bees "that come in direct contact with residue."

"It’s outrageous that on the same day the EPA acknowledged these dangerous pesticides are killing bees it also reversed course on mandating restrictions on their use," Lori Ann Burd, director of the Environmental Health Program at the Center for Biological Diversity, said in a statement.

"Despite the President’s efforts to launch a national coordinated strategy to address bee declines, EPA has failed to take meaningful action to protect bees," he added in a statement. "The agency’s latest proposals ignore the urgency of plummeting bee populations and the impacts on beekeepers, farmers and the food and farming system."