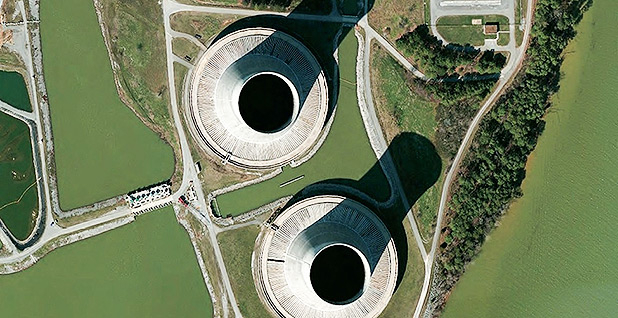 Senators continue searching for a way to extend a key nuclear production tax credit as the clock ticks for utilities to decide whether to continue or abandon construction on delayed and expensive reactors at two plants in the South.

Under current law, nuclear reactors can only receive the production tax credit if they become active by Dec. 31, 2020. The House passed a bill last month to extend that deadline, allowing reactors put into service after 2021 to take advantage (E&E Daily, June 21).

But Senate backers of the same language have yet to pass it and are exploring options ranging from advancing a stand-alone bill, which is still stuck in committee, to tacking a rider to must-pass legislation.

"We’re still trying to work to get that as part of a broader package," Sen. Lindsey Graham (R-S.C.) told reporters yesterday, not specifying which one. "We’re looking at any and all options."

The language could also go into an end-of-the-year spending measure or even an infrastructure package, said Jeremy Harrell, policy director at the ClearPath Foundation, a conservative clean energy group.

"There are a variety of different paths forward to enactment," Harrell said, although he thinks it’s unlikely the bill would be enacted into law before the August recess.

He noted that the House’s fast-tracked approval of its version of S. 666 sent a strong signal to companies that are counting on the credits.

"A full House vote on voice vote was a really strong message that this is something that congressional leaders on both sides of the aisle think is important," Harrell said.

Securing the incentive now is critical as Southern Co.’s Georgia Power and Scana Corp.’s South Carolina Electric & Gas wade through data to figure out how long it will take to finish their reactor projects in Georgia and South Carolina.

The utilities have stepped up to take over completing Plant Vogtle and V.C. Summer following the bankruptcy of mega-contractor Westinghouse Electric Co. LLC.

Westinghouse’s financial troubles are directly tied to those projects, which were already years behind schedule and billions of dollars above their forecast budgets.

Now at the helm, Georgia Power and SCE&G must determine how much more it will cost to finish and whether they can sell those figures to state regulators.

The utilities will need all of the economic incentives they can get to make the reactors look economical for customers, who eventually will be footing the bill.

All eyes are on August.

Southern’s CEO said that’s the month the company likely will reach a decision on Vogtle. For Scana, the company’s interim contract with Westinghouse expires that month, and the utility said it will have a decision before the end of the third quarter.

"Production tax credits for the Vogtle project are part of an overarching proactive financing strategy and are a direct benefit for customers, offsetting additional costs associated with building the first new nuclear in 30 years," Georgia Power spokesman Jacob Hawkins said in an email to E&E News.

Georgia Power, Southern and Energy Secretary Rick Perry have been pushing for finishing these nuclear reactors as a matter of national security and energy independence. The tax credits were intended to do that, Hawkins said.

Lawmakers broadened the incentive legislation to make it possible for public power companies to take part. That would allow South Carolina utility Santee Cooper, which owns 45 percent of V.C. Summer, and the group of cooperative and municipal utilities in Georgia to lower their costs.

"Passage of the nuclear production tax credit legislation is a fundamental piece of Oglethorpe Power’s evaluation of the future of Vogtle [units] 3 and 4," Greg Jones, Oglethorpe Power Corp.’s spokesman, said in a statement.

"We urge the Senate to take up this important matter before the recess, to keep advanced nuclear technology alive in the U.S.," he said.

Paul Warfel, spokesman for the Municipal Electric Authority of Georgia, also stressed timing. "Any near-term mechanism that can be offered that would help reduce the cost of the project would increase the projected viability of the Vogtle 3 and 4 units," Warfel said.

ClearPath’s Harrell said he didn’t think a failure by the Senate to act before the August recess would necessarily doom the projects. But, he added, "the sooner it gets done, the more certainty there is in place, so the sooner the better."

Another energy tax credit will also be in the spotlight in Congress today, with a coalition of coal-state senators and climate hawks expected to introduce legislation expanding an existing tax credit for carbon capture and sequestration projects.