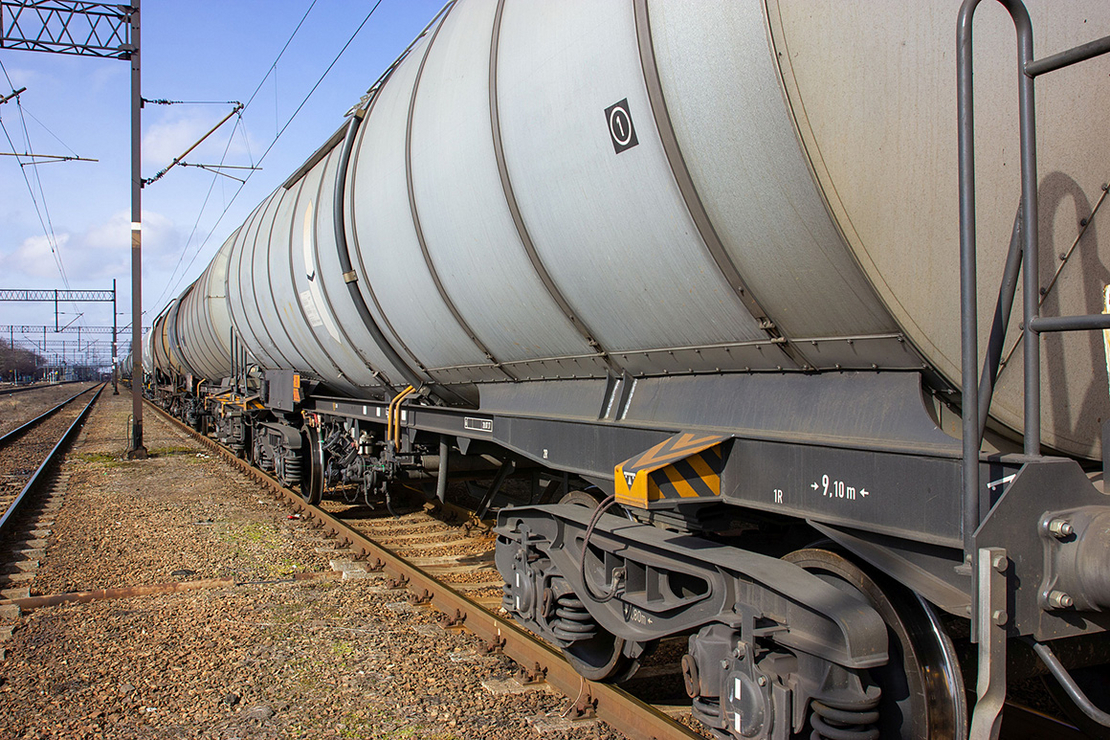 U.S. railroad workers could go on strike as soon as Friday, potentially disrupting the flow of cargo nationwide and slowing energy-related businesses that rely on trains. Marek Trawczynski/iStock

Energy companies are warning that a threatened nationwide rail strike already is wreaking havoc on their supply chains and may cause severe bottlenecks across multiple industries, including coal, chemicals and oil and gas.

U.S. freight railroads and unionized workers have been unable to reach a new contract over pay and benefits, and a strike could occur as early as Friday, the end of a federally-mandated cooling-off period between the two sides.

Railroad companies have already begun curtailing shipments of hazardous chemicals such as chlorine and anhydrous ammonia to make sure they’re not stranded if workers walk off the job. That, in turn, is disrupting operations at refineries, chemical plants and other facilities, setting up the possibility that even a short strike could cause the shut down of some plants, companies say. In that scenario, fuel prices for consumers would spike and could also disrupt the broader economy at a time when inflation is eating into Americans’ household budgets.

“A shutdown would have a tremendous impact on our supply chain,” White House press secretary Karine Jean-Pierre said Tuesday. “It would have a ripple effect into our overall economy and American families.” She added that President Joe Biden has personally been calling union workers. Biden appointed a commission in July to facilitate negotiations between companies and labor leaders that has yet to resolve the disagreement.

Trade groups representing oil producers and the chemical industry have called on Congress to step in if the two sides can’t solve the dispute. But on Tuesday, when asked if congressional Democrats would support a resolution preventing a strike, Senate Majority Leader Chuck Schumer (D-N.Y.) said, “The bottom line is we are urging both sides to come together and come to an agreement —period.”

Refiners and chemical manufacturers rely on railroads to bring in raw materials and transport finished products. Most crude oil is transported by pipeline, but refineries still rely on rail for supplies like isobutane used in gasoline and to carry away byproducts like sulfur, according to Rob Benedict, vice president of midstream and chemicals at the American Fuel and Petrochemical Manufacturers (AFPM).

Chemicals make up the second-largest category of rail freight after coal — 55,000 carloads a week — and there aren’t enough trucks and barges to handle the volume, said Jason Miller, a professor in the department of supply chain management at Michigan State University.

A prolonged strike would have a bigger impact on the economy than the shutdowns during the Covid-19 pandemic, Miller said.

A shutdown would idle 7,000 trains a day and cost the economy $2 billion a day, according to the Association of American Railroads. In addition to manufacturers, the power sector would be hurt since 70 percent of the national’s coal travels by rail, the association said.

“Ongoing service issues continue to threaten coal deliveries, impeding the delivery of essential fuel as utilities work to shield consumers from soaring natural gas prices and build up stockpiles to ensure they have the fuel security needed for the winter,” Rich Nolan, president and CEO of the National Mining Association, said in a statement about a possible strike.

‘They can’t shop around’

Most of the 13 unions that represent the nation’s 115,000 railroad workers at the seven major railroad companies have agreed to new contracts. But the unions representing engineers and conductors have held out, asking the railroad companies to address concerns about attendance policies and working conditions.

The unions that settled agreed to 24 percent wage increases over five years, $5,000 bonuses and an additional paid leave day each year, which is close to the proposal that Biden’s emergency board recommended this summer. All twelve railroad unions must agree to an agreement to prevent a strike.

The two unions at the center of the conflict say they’re still willing to negotiate but claim the railroad companies are using “corporate extortion” rather than bargaining. One of the main sticking points is that the companies have fired employees who call in sick or take time off for medical appointments, according to the Brotherhood of Locomotive Engineers and Trainmen and the International Association of Sheet Metal, Air, Rail and Transportation Workers.

“It was abundantly clear from our negotiations over the past few days that the railroads show no intentions of reaching an agreement,” the unions said in a joint statement.

If a settlement can’t be reached, Congress should adopt one of four options, the American Petroleum Institute said Tuesday in a letter to the House and Senate transportation committees.

Lawmakers could extend the cooling-off period to allow more time for negotiations, implement the recommendations of Biden’s emergency board, develop another contract proposal or force the companies and unions into binding arbitration, the group said.

The labor standoff comes after years of complaints about mergers and cost-cutting in the rail industry, which critics say has led to delays and service disruption.

The number of rail operators has dropped from about 30 to seven in the last decade, and about 80 percent of AFPM’s member companies are served by only one provider, the trade group said.

“They can’t shop around for better prices and there aren’t any immediate consequences when service falters with delays, lost rail cars,” Ericka Perryman, a spokesperson for the group, said in an email.

Some of the blame lies with the freight companies’ “precision scheduled railroading” system in recent years, which was intended to make rail transportation more efficient, said Scott Jensen, a spokesperson for the American Chemistry Council.

“Everybody’s concern at the time was you would not have a resilient freight rail system,” Jensen said. Those predictions turned out to be true, he said.

Congressional Democrats asked the Government Accountability Office last year to look at the impact of precision scheduled railroading on both freight and passenger rail service.

“Stakeholders are concerned that the rise of the PSR model has come at the expense of long-term capital investments, reduced rail infrastructure, affected service for some shippers and caused dramatic workforce cuts and safety concerns,” Reps. Peter DeFazio of Oregon and Donald M. Payne Jr. of New Jersey wrote in a letter to the GAO.

“Longer trains, unhappy shippers, and a workforce pushed to do more with less is not a model to chase after — unless you’re on Wall Street,” DeFazio said in a statement.