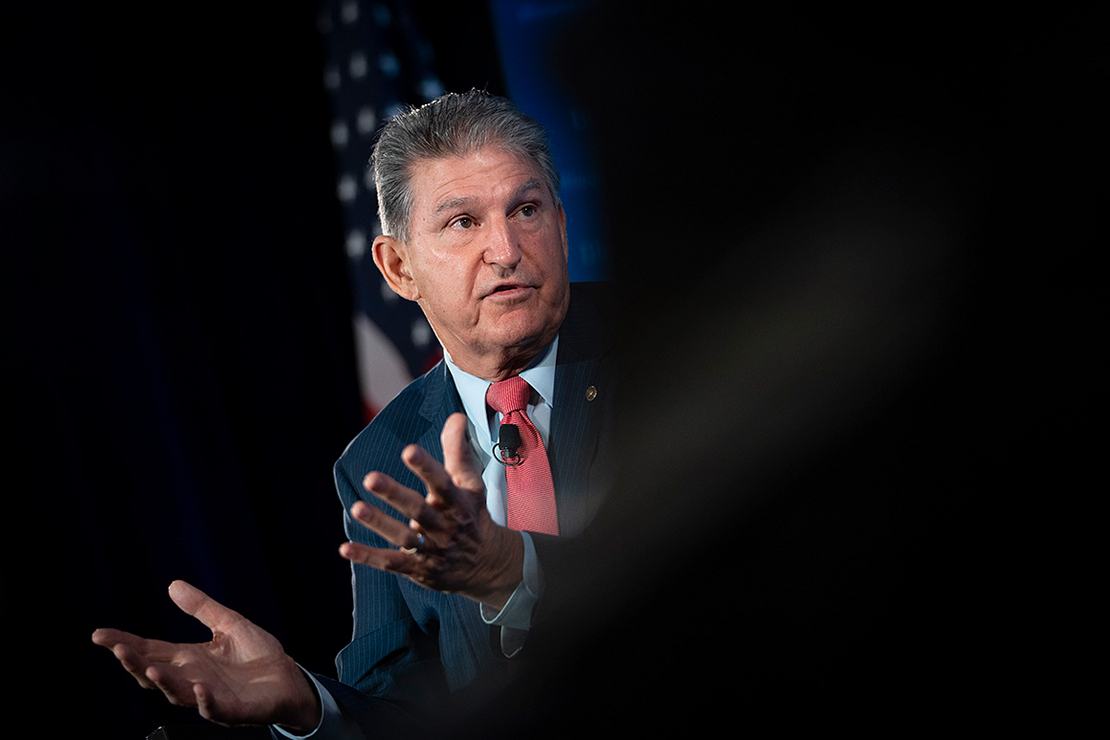 Electric vehicle infrastructure spending in the Democratic reconciliation package may be the next policy targeted by Sen. Joe Manchin for a potential rollback, according to comments this morning during an appearance at the Economic Club of Washington.

Manchin’s remarks happened as leaders look to finalize a framework with the West Virginia Democrat in the coming days on a massive reconciliation package focused on climate and social infrastructure provisions.

But like his opposition to a $150 billion Clean Electricity Performance Program, meant to reward utilities that embrace renewables, Manchin said he does not agree that the federal government’s role should be supporting private-sector EV infrastructure buildouts.

As written in the House’s reconciliation plan, the package would send tens of billions of dollars through the departments of Transportation and Energy to help develop the electric vehicle supply chain and charging infrastructure.

Funding for similar programs is included in the bipartisan infrastructure package, backed by Manchin, although not at the same levels as the reconciliation effort.

Manchin has also been at the center of the debate over whether a methane fee on oil and gas operators can make the final reconciliation cut, in addition to a host of other clean energy tax incentives.

Following his appearance this morning, Manchin argued that the fee could be an effort “to punish for the sake of punishing.”

“With a lot of the things they are talking about with methane, I’m understanding from the people that produce natural gas and the methane, they can’t get pipelines approved,” Manchin told reporters. “So the environmentalists can’t have it one way and then say, ‘We can do this [fee] and fine you for this because we want you to do this.’ It doesn’t make any sense at all.”

Manchin’s opposition has put the fee on the edge of elimination from the package. He did, however, suggest negotiations continue on that front.

Environment and Public Works Committee Chair Tom Carper (D-Del.), a major backer of the fee, agreed with that assessment.

"Those negotiations continue literally as we speak and will likely continue throughout the day,” Carper said today. “We had a good start on those conversations yesterday. Methane fee is very much on the table."

The White House this morning downplayed the need for a deal before the president leaves for Europe in the coming days, in part to attend the international climate conference in Glasgow.

"I think you’ve got a sophisticated set of world leaders who understand politics in their own country and understand American democracy and recognize that working through a complex, far-reaching negotiation on some of the largest investments in modern memory in the United States that that takes time," said Jake Sullivan, the national security adviser, during a briefing. "And so, I don’t think that world leaders will look at this as a binary issue, is it done, is it not done.