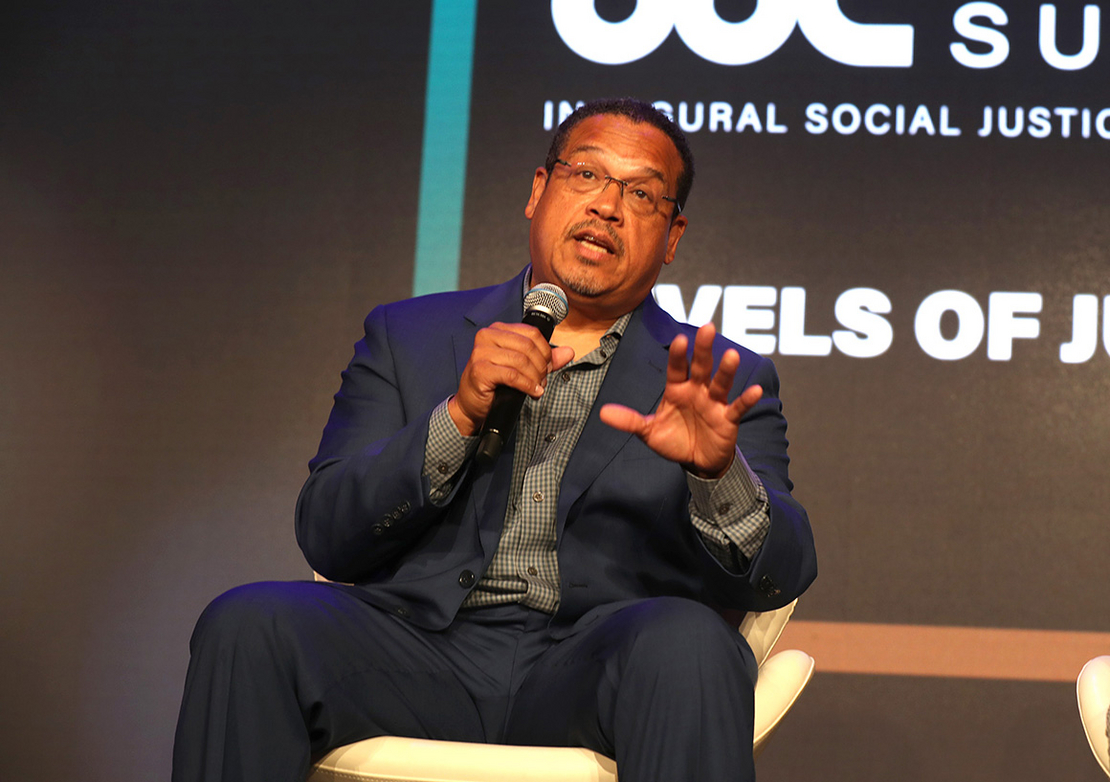 If Keith Ellison loses to his Republican rival in November, the Minnesota attorney general’s climate liability challenge against the oil and gas industry could be at risk.

Republican candidate Jim Schultz has criticized the decision in 2020 by Ellison, a Democrat, to add Minnesota to the long list of state and local governments suing the fossil fuel industry to pay up for wildfires, erosion and other effects of a warming planet.

In an August interview with Minneapolis’ Star Tribune, Schultz called Ellison’s lawsuit “frivolous” and said that if elected, he would “not engage in things like this that are fundamentally about business harassment.”

Polls in the mostly blue North Star State show a close race between Ellison and Schultz. A win for Schultz would represent a major pickup for Republicans, who hold attorney general offices in 27 states.

Other Democratic state attorneys general who have backed climate liability lawsuits are up for reelection or are planning to leave office. But only in Minnesota is the race considered particularly competitive, said Paul Nolette, chair of the political science department at Marquette University.

Ellison has been outspoken about Minnesota’s climate liability case, which is one of nearly two dozen filed by mostly Democratic office holders in state capitals and city halls from Rhode Island to Hawaii.

Ellison has said his challenge against Exxon Mobil Corp., Koch Industries Inc. and the American Petroleum Institute is part of a “long and successful tradition of Minnesota attorneys general standing up to protect Minnesotans from corporate fraud and deception by Big Tobacco, Big Pharma, and now Big Oil.”

He has urged President Joe Biden to carry out a campaign pledge to back the lawsuits and disavow amicus briefs that the Trump administration had filed on behalf of the fossil fuel industry in some of the cases (Climatewire, Jan. 19). The Biden administration has not done so.

Minnesota legislators in May unsuccessfully tried to block Ellison from using lawyers with a Michael Bloomberg-backed fellowship program to assist with the state’s climate case (Climatewire, June 3).

Schultz said at a Republican primary debate in March that he’d fire the attorneys on his first day and accused them of pursuing “far-left-wing causes.”

Ellison has defended the New York University State Energy & Environmental Impact Center program, saying the attorneys operate solely at his direction, save taxpayer dollars, and help his goal of “expanding our office’s ability to provide excellent legal service to state agencies and the people of Minnesota.”

A number of other states, including several that have not pursued climate liability cases, have used the “special assistant” attorney generals.

The 8th U.S. Circuit Court of Appeals is currently considering whether Minnesota’s case should be heard by state or federal judges — a procedural battle that has stalled progress on the broad swath of climate liability lawsuits as industry lawyers vie for more favorable venues.

The 8th Circuit judges who heard Minnesota’s case in March appeared skeptical that the state’s lawsuit belongs before a state bench, questioning why it should not land in federal court if the lawsuit cites the global effects of climate change (Climatewire, March 16).

Six other appeals courts, however, have sided with the states and municipalities in ruling that the cases raise no federal issues and are best handled at the state level (Climatewire, Aug 18).

The 8th Circuit has not yet issued its ruling.

If Schultz defeats Ellison and withdraws Minnesota’s climate liability lawsuit, the move would have little effect on the other cases, said Karen Sokol, a law professor at Loyola University.

“It would be disappointing because Keith Ellison and his team have crafted an excellent complaint, and Minnesota has really strong consumer protection statutes,” she said, although she added that other cases brought by local governments also invoke state consumer protection laws.

Still, Sokol said she would expect industry lawyers to highlight and criticize the withdrawal of a climate lawsuit.

“If the case gets dropped, you will see a lot of messaging from the defendants indicating that it says something about the larger merits,” she said, “but I think that would be a big mischaracterization.”

She noted that the Supreme Court could soon decide whether to wade back in to the procedural wrangling over whether the climate liability cases belong before state or federal judges (Climatewire, June 9).

“Even if Minnesota gets dropped, as long as the Supreme Court doesn’t decide it needs to weigh in, the momentum of these cases will continue,” Sokol said.

Withdrawal of one case would not affect the other lawsuits, said Phil Goldberg, special counsel for the Manufacturers’ Accountability Project, an initiative of the National Association of Manufacturers that opposes the climate liability litigation.

But, he said, “the fact that it becomes so political underscores that this litigation isn’t really about enforcing the law, but about politics and policy and a lot of stuff that is happening outside the courtroom.”

Goldberg said that the cases have become political footballs because of concerns that they will address climate change, even though the lawsuits seek compensation to the municipalities for climate damages, such as flooding.

“There’s a lot of frustration by a lot of people about this litigation,” he said. “I think the reason why we haven’t seen more of these lawsuits is because they’re not very popular.”

The open races in the mostly blue states are “likely even safer for Democrats than the incumbent races,” said Nolette of Marquette, who studies attorneys general.

Here’s a look at some of the other state attorney general races.

Attorney General William Tong, who was first elected in 2018 with just over 52 percent of the vote in an otherwise strong Democratic year, is expected to prevail in the blue state over Republican Jessica Kordas, a criminal defense attorney.

Attorney General Kathy Jennings, who was first elected in 2018 with more than 60 percent of the vote, is expected to easily win in the Democratic state over her Republican opponent, Julianne Murray.

Attorney General Peter Neronha, a Democrat who was first elected in 2018 with nearly 80 percent of the vote, faces reelection and is likely to face Republican Charles Calenda, who was a special assistant attorney general in the office.

Rhode Island in 2018 became the first state to file a climate lawsuit against the industry, arguing that it misled the public about the dangers of burning fossil fuels.

A federal appeals court in May sided with Rhode Island, ruling that the case should be heard in state court (Climatewire, May 24).

The District of Columbia

Attorney General Karl Racine is not seeking reelection. Brian Schwalb — who drew Racine’s endorsement and was most recently a partner at Venable LLP, the attorney general’s former firm — won the Democratic nomination.

Schwalb’s victory means he has essentially won the office in the deep-blue district. There is no Republican challenger.

Racine in 2020 sued four oil companies for “systematically and intentionally” misleading consumers about the effects of fossil fuels on climate change (Climatewire, June 29, 2020).

Schwalb’s campaign site doesn’t mention the lawsuit but says he will “seek opportunities to participate in multi-jurisdictional environmental litigation that benefits the District.”

Clark doesn’t mention the lawsuit on her campaign website but says if elected, she will “use creative solutions to address climate change.”

Campbell’s campaign website pledges she would use the office’s “law enforcement powers” to “challenge industry actions that mislead Massachusetts consumers and investors about the risks of climate change.”

Her Republican opponent, Jay McMahon, lost by nearly 40 percentage points in 2018 when he challenged Healey’s reelection. He has accused Healey of using the office for an “extreme left-wing ‘woke’ political agenda.”