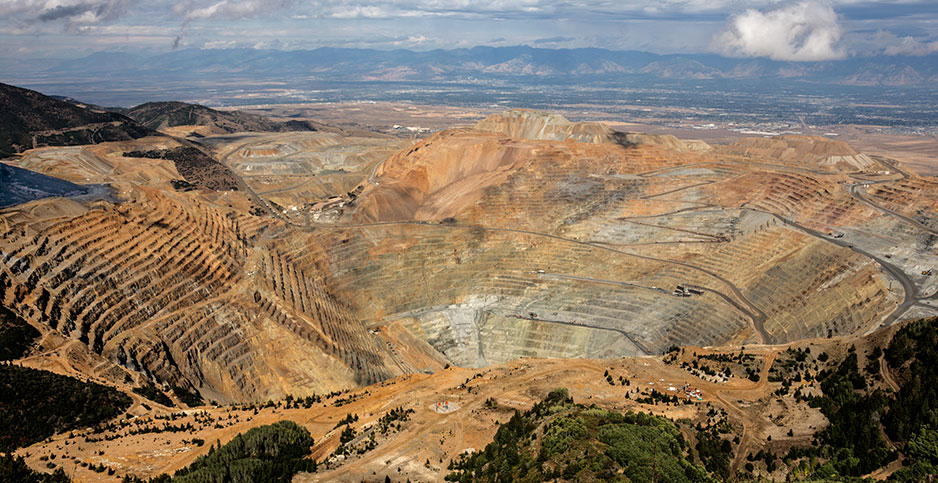 President Trump yesterday took his biggest step yet to fix priority No. 1 for the mining industry.

The White House Council on Environmental Quality issued proposed rules that would dramatically accelerate National Environmental Policy Act reviews for mines and land leases, like the Twin Metals copper-nickel mine in northeastern Minnesota and applications for hundreds of millions of tons of coal in the Powder River Basin of Wyoming and Montana (Greenwire, Jan. 9).

"Our permitting process is broken, and NEPA’s historical problems play a big part in the unnecessary obstacles standing in the way of the responsible use of our natural resources," said Rich Nolan, president and CEO of top industry trade group the National Mining Association.

Mining companies routinely describe permitting delays as their top concern. Industry-funded research shows obtaining a mine permit in the United States takes nearly 10 years on average, one of the longest timelines in the world.

The new rules will look to speed up that process through measures Republicans have long championed on Capitol Hill, including page limits, review deadlines and lead agency designations when multiple entities are involved.

"Reforming the NEPA process and creating a more efficient permitting system are critical to improving the competitiveness of the domestic mining industry, job creation, and decreasing our reliance on foreign sources of energy and minerals," said Mark Compton, executive director of the American Exploration & Mining Association, which represents the start-up, or junior, mining sector.

The overhaul comes as national security fears prompted the White House to create a list of elements both vital to modern technologies and vulnerable to supply disruptions and then issue a federal strategy to mine more of all 35 so-called critical minerals.

Environmentalists see it all as an unnecessary handout to an industry that EPA named America’s biggest polluter, contaminating about 40% of Western headwater streams.

"If the U.S. mining industry wants to speed mine permitting, they should stop dragging their feet," said Aaron Mintzes, senior policy counsel at Earthworks, in a statement.

The watchdog group cites a 2016 Government Accountability Office report that put the average mine permitting time at just two years, on par with Australia and Canada. The review blamed most delays on companies failing to provide the required information, not on government bureaucracy.

"Information that, under the President’s proposal, they might not have to provide at all," Mintzes said.

NEPA has not stopped the United States from ranking high on the list of places to mine, according to an annual survey of global mining company executives conducted by the Fraser Institute. The Canadian think tank listed Nevada as "the most attractive jurisdiction in the world for mining."

"Timely reviews will provide certainty to companies and will expedite putting our hardworking unions to work in northern Minnesota," said Rep. Pete Stauber, the Republican whose district encompasses the proposed mine site.

With America’s most-visited wilderness less than 3 miles away, the Minnesota Department of Natural Resources has already announced it will conduct a separate environmental review. The agency took 10 years to complete a similar review for a neighboring copper-nickel mining proposal.

"Communities downstream of these mines deserve, at a minimum, a transparent process where their voices can be heard," Mintzes said.

But mining advocates say current standards give critics too much power.

"The rules would certainly embolden [federal agencies] to completely turn their backs on climate and deny science and facts," said Jeremy Nichols, climate and energy program director at WildEarth Guardians. "Coal is mined for one reason: to be burned."

Environmentalists have had success suing both the Obama and Trump administrations for analyzing greenhouse gas emissions from individual mines, not cumulatively.

"The proposal is designed to limit the scope of actions that are subject to NEPA, limit the consideration of impacts in places where it does apply and limit effective judicial review," he said. "Taken together it’s a full frontal assault on America’s bedrock environmental values."