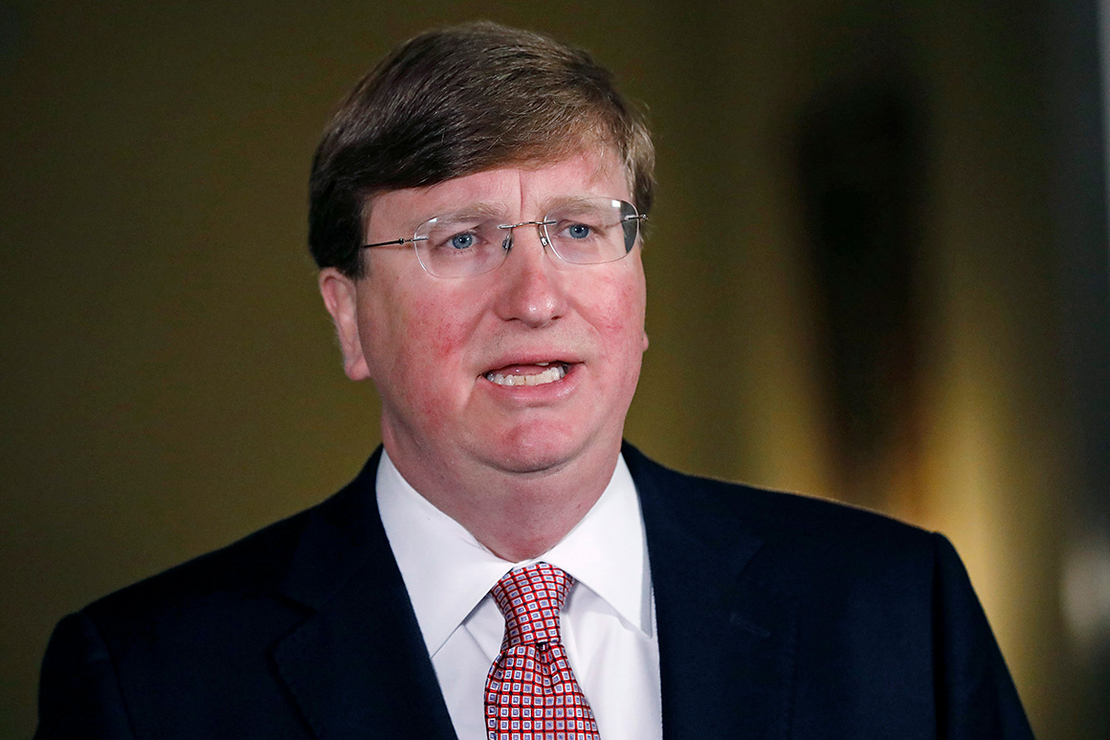 Mississippi Gov. Tate Reeves is pushing back on accusations from lawmakers and civil rights leaders that his administration blocked funding and fueled the water crisis in the state’s capital city.

Reeves, a Republican, told House Democrats in an Oct. 31 letter, which the governor made public on Monday, that Jackson has had a long history of federal drinking water violations at the O.B. Curtis Water Treatment Plant — due to staffing woes, contamination violations and corrosion issues — but that those problems are not tied to the state’s withholding money.

Instead, he blamed the city of Jackson’s “mismanagement” of its water system.

“There have been no ‘State-related roadblocks’ that have prevented the City from maintaining its water system,” Reeves told Homeland Security Chair Bennie Thompson (D-Miss.) and Oversight and Reform Chair Carolyn Maloney (D-N.Y.) in the letter.

Thompson and Maloney last month announced they were launching an investigation to determine whether Mississippi’s Republican leadership blocked funding from the majority-Black city, and pushed Reeves to explain how the state doled out more than $10 billion from the American Rescue Plan Act (ARPA) and $429 million from the bipartisan infrastructure law for water projects (E&E News PM, Oct. 17).

Thompson, whose district includes large swaths of Jackson, joined a bipartisan group of lawmakers in September in calling on Reeves and other state leaders to explain whether Jackson had been starved of money (E&E Daily, Sept. 22).

Later that month, the NAACP filed a civil rights complaint with EPA and urged the federal agency to investigate (Greenwire, Sept. 28). The federal agency responded by announcing its intention to launch a civil rights probe and investigate whether two Mississippi agencies discriminated against Jackson “on the basis of race in the funding of water infrastructure and treatment programs and activities” (Greenwire, Oct. 21).

Jackson for years has struggled with boil-water notices and unreliable services, problems that culminated earlier this year when floodwaters crashed the system, leaving more than 150,000 people without safe drinking water.

In launching their investigation, the House Democrats cited both the NAACP’s civil rights complaint and a Clarion-Ledger article accusing Reeves of “block[ing] money to fund water system repairs in the capital city.”

But Reeves in the letter pushed back and blamed the city of Jackson’s “ongoing and historic mismanagement” of the water system, asserting that the facility swung from making profits in 2012 to a $17 million deficit in 2019.

Jackson, he said, has received $84 million in ARPA funding, received $28 million from the Drinking Water State Revolving Fund in fiscal 2021, and is now slated to receive an additional $36.5 million in matching ARPA funds.

Despite that financial influx, Reeves said Jackson’s system is the only one — out of more than 1,100 across the state — that’s unable to set and collect rates sufficient to cover its cost of operation, maintenance and debt services.

Reeves in the letter also pointed to Thompson’s own remarks in a Sept. 2 article in Mississippi Today, in which the congressman called on Jackson to provide a detailed plan for spending money to repair the water treatment plant.

The governor also emphasized that Jackson has been at the center of ongoing state and federal enforcement, and noted that the Department of Justice last month threatened the city with legal action under the Safe Drinking Water Act (Greenwire, Sept. 27). The city, he said, has yet to provide a solid plan for prioritizing repairs or hire critical staff at the plant, nor has it provided a “ball park cost.”

Reeves also addressed the NAACP’s assertion that Jackson received money from the state revolving fund only three times in the past 25 years by noting that the city has only applied three times. Jackson, he said, did not apply for additional funds in fiscal 2022.

“Thus, there is no factual basis whatsoever to suggest that there has been an ‘underinvestment’ in the City or that it received disproportionately less than any other area of the state,” Reeves wrote.

Reeves also addressed House Democrats’ assertions that the state’s Legislature imposed more oversight of money going to Jackson by noting that such a move received support from all of the Legislature’s Democratic and Black members.

In response to the letter, Thompson and Maloney in a joint statement said the letter is a “clear acknowledgement” that Jackson and its water systems are in “desperate need” of resources to supply safe water to city residents. The Biden administration, they said, has orders in place to ensure that the maximum amount of infrastructure dollars reaches the communities with the greatest need.

“We are closely examining the Governor’s response as part of our ongoing investigation into the Jackson water crisis and also look forward to the EPA’s civil rights investigation,” the House Democrats wrote. “We must ensure federal funds get where they are needed as soon as possible.”