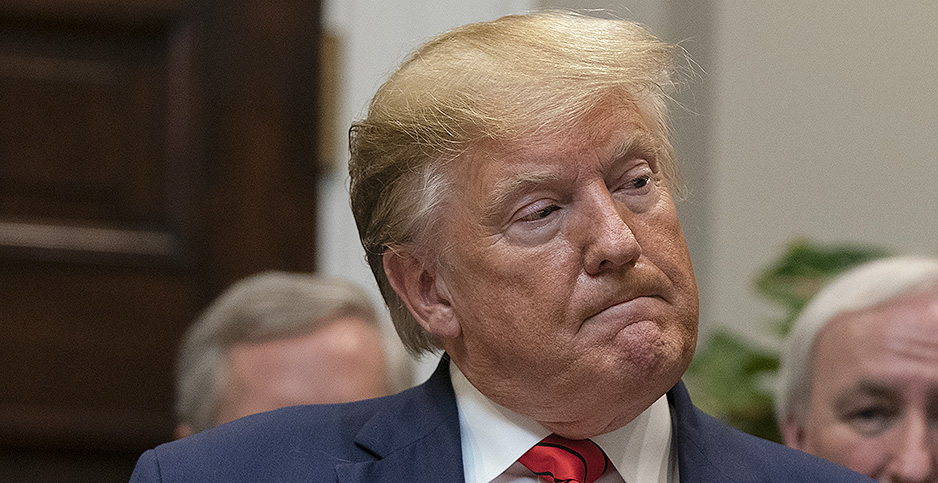 The Trump administration is expected this week to try to remove climate change as an environmental barrier to major projects -- such as highways and oil pipelines. Alex Edelman/ZUMA Press/Newscom

The White House is poised to exclude climate considerations from its controversial rewrite of rules surrounding the nation’s core environmental law.

NEPA, signed into law by President Nixon, gives communities input and allows them to challenge federal decisions on projects like pipelines, highways and bridges. And it requires federal regulators to analyze a host of impacts.

The Trump plan is expected to "simplify the definition of environmental ‘effects’ and clarify that effects must be reasonably foreseeable and require a reasonably close causal relationship to the proposed action," according to a draft White House memo obtained by E&E News.

In other words, the government could only study the impacts tied directly to a project — not how a project would add to a larger problem, something environmentalists have been clamoring for.

"No one pipeline causes climate change, so that wouldn’t be considered a reasonably close causal relationship," explained Christy Goldfuss, a senior vice president at the left-leaning Center for American Progress (CAP). "I suspect that’s the intent."

The New York Times was first to report Friday that the administration planned to downplay climate concerns in its NEPA rule rewrite.

It’s no secret President Trump has continually sought to accelerate the development of infrastructure in his quest for energy dominance while trying to jettison the term "climate change" from government dialect.

But, if finalized, the proposed changes could clear the way for projects, like the Keystone XL pipeline, that federal judges have blocked on the basis that greenhouse gas impacts were not fully studied.

The draft memo spells out key changes that have been expected since Trump took office. In general, the idea is to prevent certain projects from enduring exhaustive environmental review. And, for projects that do require NEPA review, to speed it up.

The memo states that CEQ’s "proposed rule would modernize and clarify the CEQ regulations to facilitate more efficient, effective, and timely NEPA reviews."

The plan also would allow companies to conduct their own environmental review "under the supervision of an agency," the draft memo states.

The term "climate change" is not in the draft memo, and sources did not expect it to be in the proposed regulations. At issue, rather, is the word "cumulative."

"Estimating all of the secondary and tertiary effects provides more justification for obstructing a project, whether those cumulative assessments are greenhouse gas-related or not," Nick Loris, an energy policy analyst at the Heritage Foundation, wrote in an email.

"There’s a lot of educated guesswork involved in predicting how and where oil may be transported when considering a new pipeline, for instance," said Loris.

The Trump plan largely aligns with the wishes of energy companies, which have lobbied government executives to unwind what they called cumbersome permitting requirements.

In November, dozens of trade groups and other organizations called on the White House to move quickly to "reform" the NEPA regulations "with the goal of increasing infrastructure investment and project development in a manner that strengthens our economy and enhances environmental stewardship."

The companies and groups called for greater transparency in the process and better coordination among federal agencies.

Environmentalists have countered that the administration’s rewrite merely benefits polluters and, as CAP noted, could impede the way the country addresses and adapts to climate change.

"How do we build a bridge and make sure we are not putting it in a place that is going to get flooded?" asked Goldfuss, who led CEQ under President Obama.

Before NEPA became law, infrastructure funds were spent on bulldozing communities, particularly those of color, which had no say in the matter, CAP wrote in a recent blog.

In 1956, Minnesota planned to build a highway through a historically African American neighborhood. That meant 650 homes and businesses were cemented, despite organized community opposition.

"This could be the kind of future the Trump administration envisions for Americans," CAP’s Sally Hardin and Claire Moser wrote in December.

The impending release of the changes reflects the administration’s dogged attempt to shore up significant rules before the end of the first Trump term.

It is aiming to finalize the NEPA rules by about May so they are not vulnerable to the Congressional Review Act should the Democrats win control of the White House and Congress in 2020.

At the start of the Trump era, the once rarely used statutes facilitated the repeal of 16 Obama-era regulations, including the Stream Protection Rule and one dictating how animals could be killed on the 76 million acres of Alaskan wildlife refuges (E&E News PM, Feb. 16, 2017).

CEQ spokesman Dan Schneider declined to comment on the Times reporting but noted in an email that the NEPA regulations have not been updated in more than 40 years.

"The Trump Administration is focused on improving the environmental review and permitting process while ensuring a safe, healthy, and productive environment for all Americans."