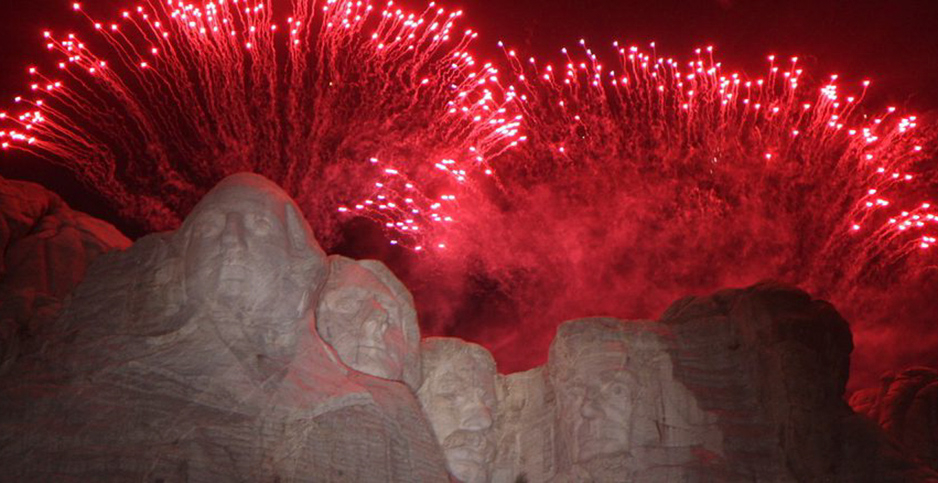 "The health and safety of the public and our employees remain the highest priority for the National Park Service," NPS Regional Director Herbert Frost said in a letter to the state’s tourism director Friday.

Frost said that a new superintendent will soon be named at Mount Rushmore and that one of the top priorities for the new leader will be "to reach out" to South Dakota officials to discuss plans for this year’s Independence Day celebration.

In his letter, Frost noted that local tribes "extremely oppose" fireworks at the memorial and that the park service is still evaluating potential risks from last year’s fireworks, which he added "continue to be a concern."

The decision marked a reversal from 2020, when the park service allowed fireworks at Mount Rushmore after an 11-year absence.

After conducting an environmental assessment last year, NPS officials said fireworks would have "no significant impact" on the memorial. NPS issued the finding after Trump and then-Interior Secretary David Bernhardt pushed hard to approve Noem’s request for fireworks. After they were approved, Trump attended the celebration (Greenwire, July 6, 2020).

With the sudden change coming from the new Biden administration, South Dakota officials said the decision had nothing to do with science.

Noem had sought help from her state’s congressional delegation in getting soon-to-be Interior Secretary Deb Haaland to allow fireworks again this year.

Haaland, who’s expected to be confirmed by the Senate later today, opposed last year’s fireworks as a possible fire risk. NPS officials had originally banned them in 2009 because a mountain pine beetle infestation had dried out trees near the memorial and in the national forest that surrounds it, increasing the possibility of wildfires.

Bernhardt and Noem signed an agreement to proceed with last year’s event, even though the NPS environmental assessment concluded there were plenty of risks, including more than a 60% chance of a "modest wildfire," contaminated groundwater, more litter that may never be removed from rough terrain and more burn marks on the sculpture itself.

After Frost announced that no fireworks would be allowed this year, Noem posted a photo of fireworks on her Twitter account, along with a caption that said: "The best place to celebrate America’s birthday is Mount Rushmore."