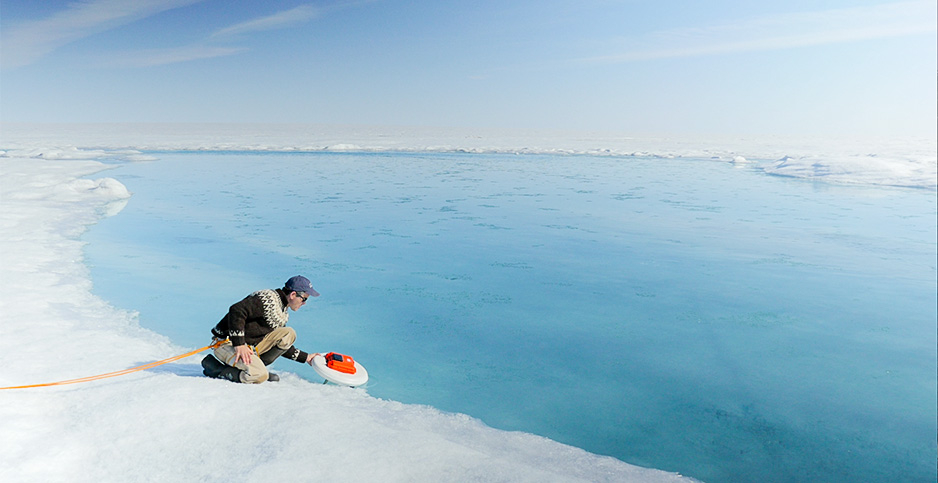 SAN FRANCISCO — Chevron Corp. walked a narrow line yesterday in acknowledging humans’ role in climate change while highlighting uncertainties that could help shield it from cities’ claims for damages stemming from sea-level rise.

The California-based oil giant fielded questions from a federal judge on its understanding of climate change science, while the other four oil companies named by the cities of San Francisco and Oakland as contributing to climate change stayed silent.

Boutrous made the case that oil companies are not directly responsible for climate change. Rather, he said, humanity’s larger economic decisions are to blame.

"The IPCC does not say it’s the extraction and production of oil that is driving these emissions," he said. "It’s economic activity that creates the demand for energy, and that leads to emissions."

The unusual five-hour hearing was required by Judge William Alsup of the U.S. District Court for the Northern District of California, who is overseeing the cities’ lawsuits seeking damages related to sea-level rise and other effects of climate change.

In answering those questions, Boutrous hewed to the Fifth Assessment Report from the U.N. Intergovernmental Panel on Climate Change (IPCC), issued in 2014. His presentation and the cities’ presentation overlapped significantly, acknowledging the historic contributions of scientists including Joseph Fourier, John Tyndall, Svante Arrhenius, Gilbert Plass and Roger Revelle.

But where Boutrous relied nearly exclusively on the U.N. report, which draws on science from 2012 and earlier, the plaintiffs cited more-recent and more-specific findings, like the National Climate Assessment and the state of California’s Ocean Protection Council guidance on sea-level rise, both released last year.

Under active questioning from Alsup, Oxford University physicist Myles Allen explained the details of carbon dioxide’s role in preventing infrared radiation from leaving the atmosphere, how various parts of the Earth absorb the molecules, and how the greenhouse effect works on other planets. He only got through about one-third of his material before he had exhausted his allotted hour.

"I didn’t know that U.S. courts did this kind of thing," he said in an interview afterward. "I think it’s great."

Another scientist called by the plaintiffs, Gary Griggs, an oceanographer at the University of California, Santa Cruz, who led the state report on sea-level rise, said that sea levels have been rising an average of 1.1 millimeters annually and warned of the possibility that polar ice sheets could melt and cause catastrophic rises.

Boutrous used the IPCC data to point to decreases in sea surface height off the West Coast from 1993 to 2012 and highlight the uncertainties of future projections of sea-level rise. "Even his own study is saying there’s a 0.1 percent chance" of a 10-foot sea-level rise off San Francisco by 2100, he said of Griggs’ research.

Alsup asked the plaintiffs where they differed from Chevron’s positions.

"That’s not what you see at all in the media, and that’s why these points are emphasized," said Don Wuebbles, a University of Illinois atmospheric scientist who led a special science report for the most recent National Climate Assessment and was assistant director at the Office of Science and Technology Policy under former President Obama. Wuebbles pointed out that over the past century, sea levels off San Francisco have risen 7.7 inches, according to tide gauges.

"If you look at the time period since 2012, you actually go back to seeing an increase in the region," he said. "That is a little different than the picture he [Boutrous] was trying to paint in his presentation. Again, the science does not stop in 2012."

The San Francisco and Oakland cases are among numerous lawsuits from California municipalities against oil companies for climate damages. Federal court Judge Vince Chhabria — located in the same building as Alsup — last week ruled that lawsuits from Imperial Beach, San Mateo and Marin County should not have been moved to federal court and sent them back to state court. He said that federal common law does not govern their claims. He’s also handling suits from Richmond, Santa Cruz and Santa Cruz County but hasn’t ruled yet on whether those should go back to state court. Chevron and ConocoPhillips are appealing Chhabria’s decision.

"As the defendants note, these state law claims raise national and perhaps global questions," Chhabria said in the order affecting Imperial Beach, San Mateo and Marin County. "It may even be that these local actions are federally preempted. But to justify removal from state court to federal court, a defendant must be able to show that the case being removed fits within one of a small handful of small boxes. Because these lawsuits do not fit within any of those boxes, they were properly filed in state court and improperly removed to federal court."

Alsup ordered the other defendants in the suit — BP PLC, ConocoPhillips, Exxon Mobil Corp. and Royal Dutch Shell PLC, all of which had representatives at the hearing — to submit briefs within two weeks detailing any points of disagreement with Chevron. "Otherwise, I’m going to assume you’re in agreement," he said. "You can’t get away with sitting there in silence and then later say, ‘He wasn’t speaking for us.’"

Plaintiffs criticized Chevron and the other companies’ approach.

"What we saw today was one oil company begrudgingly accept the scientific consensus while trying to overemphasize the extent of scientific uncertainty," San Francisco City Attorney Dennis Herrera said in a statement. "The other four major oil companies refused to even participate or recognize the court has jurisdiction over them. Apparently they think they’re above the law."

Other observers said that it was notable that Chevron acknowledged mainstream climate science, but that it could be years before the case is resolved. The companies have all filed motions to dismiss both suits; presuming the suits continue, both courts would need to reach decisions before an appeal could be heard.

"The sea-rise evidence and the sea-rise data is so much stronger than it was six years ago that they can kind of use the IPCC as a conservative approach, whereas the plaintiffs are taking the current, state-of-the-art approach," said Bill Rossbach, a trial lawyer consulting for the Center for Climate Integrity.

"I’m sure they have other bases for thinking that they are not liable, and those are all going to be put forth in legal arguments to have the court throw the case out," he said. "There’s a long way from here to them writing a check."