Pruitt wants to ‘eradicate lead.’ Is that possible? 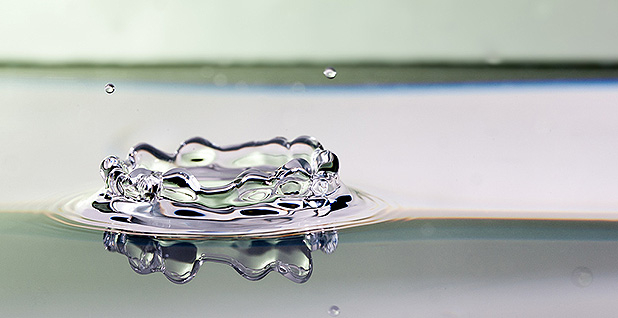 U.S. EPA Administrator Scott Pruitt told lawmakers last week that he wants their help with what he’s calling his agency’s "war on lead."

Testifying before the Senate Environment and Public Works Committee, he said that "investing in infrastructure challenges to eradicate lead in our drinking water within a decade should be a goal of this body and, I think, the goal of this administration."

His bold statement drew support from Democratic Sens. Tammy Duckworth of Illinois and Ben Cardin of Maryland, but it flummoxed water experts.

"Anybody who is interested in not drinking lead with their water is going to need to use filters or bottled water," said Yanna Lambrinidou, founder of Parents for Nontoxic Alternatives.

Lead contaminates drinking water primarily by leaching from pipes that carry water from treatment plants to homes. The potent neurotoxin — particularly harmful to children — can flake from pipes deemed "lead-free."

EPA is working to revamp drinking water standards for lead. While changes to monitoring and requiring some amount of lead pipe replacement are all options the administration is considering, no one has discussed removing other kinds of pipes that can contribute to lead contamination.

Said an EPA employee who asked to remain anonymous: "There are steps you can take to make progress that are being considered, but getting lead to zero is probably impossible.

"Unless you are going to physically replace every plumbing device in the country," the staffer added, "you’re not going to get there."

Pruitt’s comments in the Senate last week upped the ante on previous statements he made to a House committee in December, promising to "eradicate … concerns" about lead poisoning.

EPA failed to respond to requests for clarification on Pruitt’s statements, nor did the agency answer questions about what strategies EPA is considering for reducing or eliminating lead in drinking water as it works on revised standards.

Public health experts have long argued the best way to reduce exposure to lead in drinking water is to replace 7 million to 11 million lead water lines — a job that water utilities estimate would cost $30 billion.

Cities’ efforts to replace lead pipes are often stymied by a number of factors.

For one, some utilities don’t even know how many lead pipes are in their service area. And even if they do know, they are legally responsible for removing lead pipes that run from main supply lines to the curb, where individual property owners must take responsibility. Municipalities that have tried to help residents pay for the private-side of lead pipe removals have also been ensnared by state utility laws (Greenwire, March 23).

Even if those complications could be overcome and all pure-lead pipes were removed nationwide, lead would still leach into drinking water.

While most properties with pure lead pipes were installed prior to the 1960s, lead solder was still used on non-lead plumbing until 1986. And pipes that were legally considered "lead-free" were actually allowed to have up to 8 percent lead until 2014.

Those pipes, as well as more modern "lead-free" pipes that can legally contain up to 0.25 percent lead, can still contaminate drinking water as they age or if they are exposed to heat.

While treating drinking water with anti-corrosion chemicals can prevent some of that leaching, chemical treatments are generally ineffective at preventing large particles of lead from being knocked-out of non-lead pipes when construction occurs nearby.

According to one Virginia Tech report, there are 81 million homes without pure-lead pipes that still leach lead into drinking water.

Edwards said he would not be worried about health risks from lead in water if he lived "in a modern, post-2014 home," but noted that the lead would not necessarily be "eliminated" from such homes.

It’s "very rare," Edwards said, to see lead levels above 5 parts per billion coming out of the tap in modern homes, but "very common" in homes built before 1986.

He added, "That doesn’t mean you’re not at risk."

Risks are widespread because scientists’ understanding of a "safe" lead level has evolved through the years.

When EPA wrote its drinking water regulations in 1991, it required utilities to take action if lead concentrations in tap water exceeded 15 ppb at more than 10 percent of testing sites.

While most water contaminant standards are based on health risks, the 15 ppb standard was adopted based on the ability of corrosion control treatments to reduce lead levels at the tap.

At the time, EPA calculated that under its standard, less than 5 percent of children younger than 7 years old would have blood lead levels exceeding 10 micrograms per deciliter, the Centers for Disease Control and Prevention’s threshold for blood lead levels.

The CDC lowered its blood lead threshold to 5 micrograms per deciliter in 2012, but EPA’s lead water standards have remained the same.

Pruitt appeared aware of that dichotomy during the Senate hearing last week.

Responding to a question from Duckworth about safe blood lead levels, Pruitt acknowledged EPA’s 15 ppb standard and that some states like Michigan are considering stricter regulations.

"But, from my perspective, as I indicated, I don’t think there is a safe level, and I think we need to eliminate it from our drinking water," he said.

Pruitt’s critics say he’s not ignorant of the issues but rather playing politics. EPA’s current efforts to rewrite lead in drinking water standards began under the Obama administration.

Then, officials were careful not to promise eliminating the toxin from drinking water, talking instead about reducing lead levels or lead risk.

"The Obama people never would have made such an extreme statement because they knew that they would have to follow up on it, and that’s not possible," said Betsy Southerland, a former EPA Office of Water employee.

She believes Pruitt’s comments are a "political stunt."

"Nobody who understood the billions of dollars it would cost to replace lead pipes in this country would make a statement like that if they thought they would have to fulfil that promise," Southerland said. "And who knows if he is going to be here in 2020? He knows it sounds good, so he’s saying it, but he doesn’t mean it."

Southerland also notes that, under Trump administration regulatory reform requirements, EPA would not only have to justify the costs of potentially requiring replacement of lead pipes but also find two other regulations to repeal in order to balance out that cost.

"Where is he going to get the repeals that would be equal to that $30 billion cost?" she asked.

‘More than waving a magic wand’

Said Ronnie Levin, a former EPA staffer who now manages the water and health program at Harvard University’s T.H. Chan School of Public Health, "Even if they decided they wanted to do it, they couldn’t do it in 10 years because it costs a boatload of money, and they know that."

Levin noted that Lee Forsgren, deputy assistant administrator in the Office of Water, has cited the cost of lead service line replacement as a reason EPA is no longer considering requiring such work.

Last November, Forsgren told Bloomberg Environment that requiring lead pipe replacements would be "an unfunded mandate that would be unprecedented the likes of which we have never seen."

While calling Pruitt’s eradication statement a "laudable goal," public health advocate Lambrinidou said his comments "do make me wonder if there is an understanding of the issue or just an interest in pleasing and deceiving."

While eliminating lead from drinking water isn’t practicable, there are meaningful steps EPA could take toward reducing lead exposure. That includes better public education about the prevalence of lead in drinking water, as well as revamped and enforced monitoring standards.

Levin notes that sampling methods used by utilities can be manipulated in ways that don’t give an accurate picture of lead contamination. In addition, it’s often the same homes with a low risk of having lead that are tested multiple times, leaving out possible contamination in the wider communities. Large utilities are also allowed to sample just once every three years.

Levin and other public health experts have said they are skeptical that an industry-friendly EPA will actually crack down on lead contamination, fearing that a new drinking water regulation from the Trump administration would follow utility recommendations that could actually weaken monitoring (Greenwire, Dec. 11, 2017).

But Levin is hoping Pruitt will prove her wrong.

"You can absolutely reduce lead, even if you can’t eliminate it," she said. "It just takes more than waving a magic wand or saying the magic words — you need strong monitoring policies that you enforce."