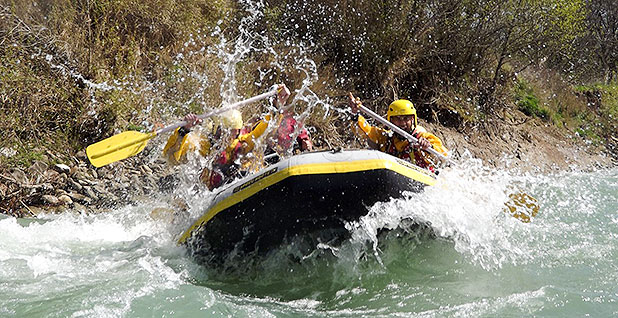 Outdoor recreation, led by boating and fishing, made up 2.2% of the country’s gross domestic product in 2017 and outpaced the overall economy’s growth, according to a new government report.

The outdoor recreation economy in 2017 accounted for $427.2 billion in GDP, generated $778 billion in gross output and supported 5.2 million jobs, the Bureau of Economic Analysis found. The sector increased by 3.9%, a faster clip than the overall economy’s 2.4% growth.

This is the second consecutive year BEA has released data on the outdoor recreation industry’s contribution to the national economy — a sign of the sector’s expanding influence.

Sens. Jeanne Shaheen (D-N.H.) and Cory Gardner (R-Colo.) along with Rep. Don Beyer (D-Va.) shepherded legislation in 2016 to secure resources for the government to include state outdoor recreation data in its reporting this year.

The Outdoor Recreation Roundtable, which represents the community, is trying to get permanent funding for the government data project.

"This second full year of national data — together with prototype state-level numbers — proves that our industry is a driving economic force across the country," said ORR Executive Director Jessica Wahl.

"ORR will continue to work with Congress, federal agencies, state governments and others to ensure that everyone has access to our public lands and waters and that our nation’s outdoor infrastructure can sustain and grow healthy communities and healthy economies," Wahl said.

The report also found that outdoor recreation now contributes more to the overall GDP than some other traditional industries, including farming, ranching and mining, based on 2017 BEA statistics.

"Armed with this new, robust set of data, we will continue educating policymakers on actions they should take to promote and enhance outdoor recreation opportunities across the country," said Nicole Vasilaros, senior vice president of government and legal affairs at the National Marine Manufacturers Association.