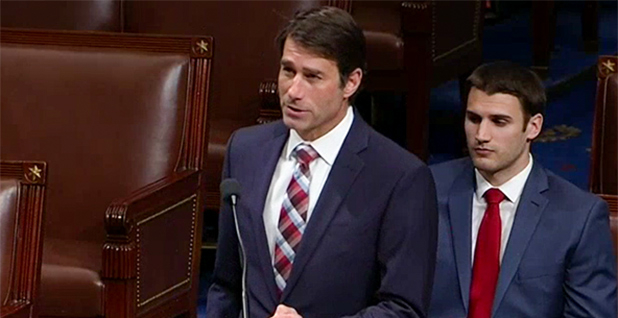 McCarthy (R-Calif.) will announce as soon as today that Graves will serve as ranking member on the House Select Committee on the Climate Crisis.

The other GOP members will be Morgan Griffith of Virginia, Buddy Carter of Georgia, Gary Palmer of Alabama, Carol Miller of West Virginia and Kelly Armstrong of North Dakota.

Graves has deep experience in environmental issues after serving for several years on his state’s Coastal Protection and Restoration Authority, where he pushed through a multibillion-dollar coastal restoration and levee program after Hurricane Katrina.

He believes in climate change and, in his first run for Congress in 2014, was backed by Koch Industries Inc. and the Environmental Defense Fund.

Of the other members, Griffith and Carter also serve on the Energy and Commerce Committee, which would lead on writing climate legislation.

Miller and Armstrong are both freshmen from states heavily reliant on fossil fuel jobs, and both have run on protecting those industries.

House Democrats created the committee when they took over Congress this year to bring attention to the climate crisis. It will be chaired by Rep. Kathy Castor (D-Fla.).

Castor said this morning that she would start planning hearings as soon as the Republican members are named.