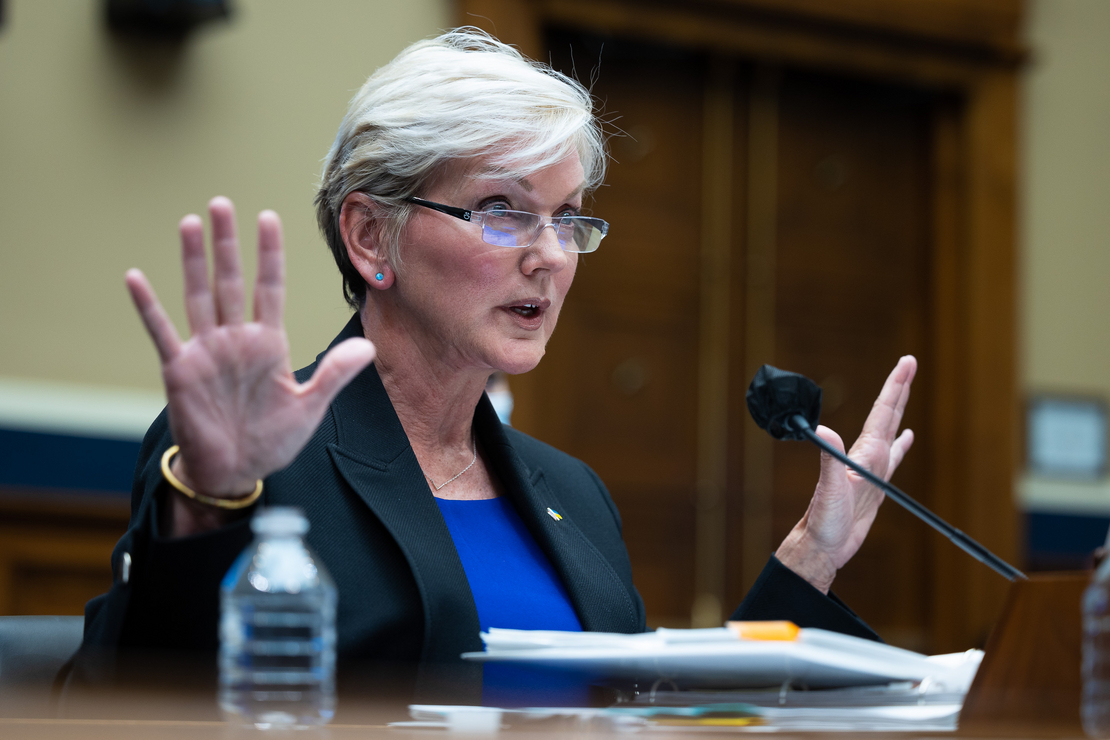 The president requested billions of dollars in clean energy research and manufacturing that Granholm said would complement money from the Bipartisan Infrastructure Law and 2022 omnibus spending bill. Granholm said the commitment to clean energy wasn’t breaking the bank for Americans at the pump.

“Let me be clear: The Department of Energy is using every tool available to increase oil supply,” said Granholm. “We’re meeting with international allies and partners; we’ve committed to release another 60 million barrels [from the Strategic Petroleum Reserve].”

But Republicans weren’t convinced, arguing that Biden’s rapid transition to clean energy was raising prices for traditional fossil fuels and lessening the country’s ability to shield allies from hostile suppliers like Russia.

Rodgers said, “How dangerous I believe this statement is for our energy security, our national security, our future as Americans. Has this administration failed to learn anything from Europe?”

Granholm said DOE has approved 30 billion cubic feet per day of natural gas export capacity that would help European allies address energy shortfalls, but many of the permitted facilities have yet to begin construction. DOE announced yesterday that two liquefied natural gas projects in Texas had been approved for additional export capacity, although one of those is under construction and the other hasn’t begun construction.

“This is not a permitting question. … This is not a President Biden issue,” said Granholm about energy supply issues.

Granholm said DOE plans to increase natural gas export capacity to 15 billion cubic feet per day by the end of the year. She said, “America is energy independent,” countering a frequent Republican talking point that Democrats have made the country newly dependent on energy imports.

Rep. Scott Peters (D-Calif.) asked Granholm whether she was concerned by a Department of Commerce investigation that could potentially impose tough tariffs on the majority of imported solar equipment. Several dozen solar executives lobbied Hill lawmakers on the issue yesterday emphasizing a report that said the investigation could result in a 46 percent reduction in new solar development projects in the next two years (E&E Daily, April 28).

Granholm mirrored comments made by Secretary of Commerce Gina Raimondo yesterday that the Biden administration and its climate office are very concerned about the investigation, but that Commerce has an obligation to finish the probe completely.

DOE is requesting $200 million to launch a Solar Manufacturing Accelerator, which would help buoy the domestic supply chain for solar panels and reduce reliance on imports. Peters said those plans, however, are years away, leaving the solar industry in an immediate precarious situation.

Rodgers and Energy Subcommittee ranking member Fred Upton (R-Mich.) sent a letter to Granholm ahead of the hearing, urging her to enact policies that would secure the domestic nuclear fuel supply. Russia supplies 20 percent of uranium used in U.S. plants and nearly all of the fuel needed for advanced nuclear reactors.

Rep. David McKinley (D-W.Va.) said, “DOE has not purchased a single ounce of uranium in the last year and a half.”

Granholm said the domestic uranium supply chain was top of mind for DOE, and pointed to new funding opportunities for filling the strategic uranium reserve in June and an existing opportunity for an advanced nuclear fuel facility.