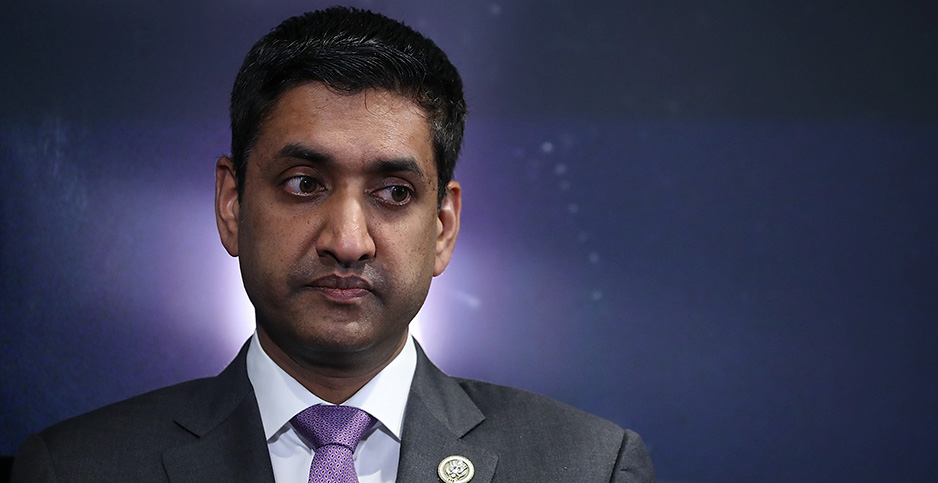 Khanna, chairman of the Oversight and Reform Subcommittee on Environment, told E&E News that executives could face subpoenas if they don’t show, a step Democrats have resisted since they took back the House in 2019, despite calls from activists to put the fossil fuel industry on trial.

"We have made it very clear that we reserve the right to subpoena if those executives aren’t showing up," Khanna told E&E News yesterday.

Khanna said the hearing, to be held in June or July, would focus on "climate disinformation and the role the fossil fuel companies, and frankly the social media companies, have played in the dissemination of disinformation."

Ultimately, he added, subpoenas would be up to full committee Chairwoman Carolyn Maloney (D-N.Y.). "But we’ve been working with the chair, and the chair has said that she’s open to it if they’re not cooperative," Khanna said.

If Khanna is able to bring executives in to testify, it could be an explosive hearing. The fossil fuel industry played a major role in popularizing climate change denial, despite decades of research from its own scientists showing that its products were warming the planet.

Climate activists have for years said that lawmakers should force fossil fuel executives to talk about climate-skeptical public relations and lobbying, much like the tobacco hearings led by former Rep. Henry Waxman (D-Calif.) during the 1990s, which highlighted campaigns to cast doubt on research linking smoking with cancer.

But efforts to pin down Big Oil have largely failed to materialize on Capitol Hill.

The Oversight and Government Reform Subcommittee on Civil Rights and Civil Liberties held a hearing on the issue featuring former Exxon Mobil Corp. scientists in 2019, with Chairman Jamie Raskin (D-Md.) pledging to seek testimony from companies down the road (E&E Daily, Oct. 24, 2019).

Democrats have also been broadly reluctant to investigate the Trump administration and its potential ties to polluting industries.