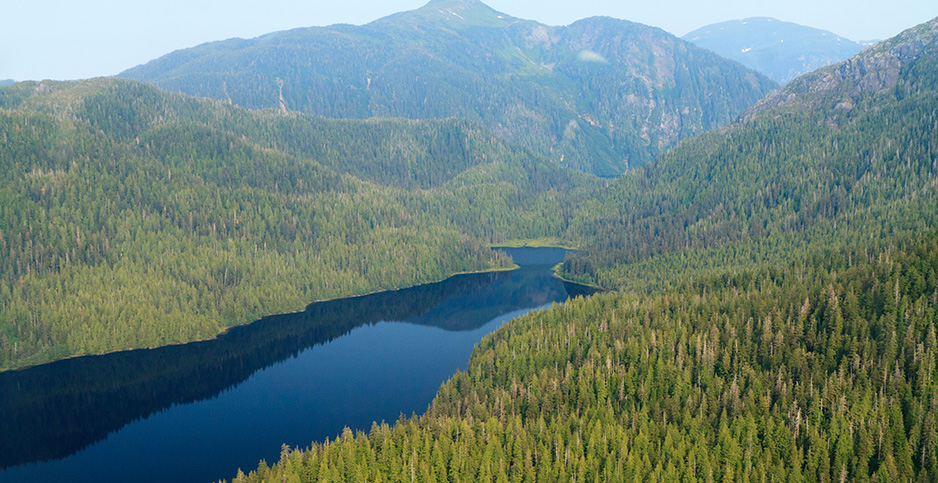 An aerial view of the Tongass National Forest. Alan Wu/Flickr

A federal judge in Alaska today ordered a temporary halt to a large timber sale in the Tongass National Forest, siding with environmental groups that urged a closer look at the project’s potential environmental impact.

In an order for a preliminary injunction, U.S. District Judge Sharon Gleason said there are "at least serious questions" involving the groups’ claims under the National Environmental Policy Act regarding the Prince of Wales Landscape Level Analysis Project.

The Forest Service plan would be the biggest timber sale approved by the agency in 30 years, targeting 42,500 acres on Prince of Wales over a 15-year period.

Much of the area in question is old-growth forest, meaning it has never been cut over for timber.

In pressing to keep the project moving, the Forest Service said halting it would bring economic harm to southeast Alaska, where old-growth forest remains important to the shrinking timber industry.

But the court said other timber harvests in the region can continue.

The court said it needed only to consider the harm that might result while an injunction is in place, acknowledging that economic harm could occur.

A final ruling would come no later than March 31.

In a statement, Earthjustice — one of the groups suing the Forest Service — called the ruling a "victory for the Tongass National Forest" and said it would spare nearly 1,200 acres of old-growth rainforest that is at issue in the project’s initial phase, called the Twin Mountain Timber Sale.

"This is only the beginning," said Earthjustice lawyer Olivia Glasscock. "A total of 42,500 acres of temperate rainforest still hangs in the balance, and we will continue working on behalf of our clients to defend these irreplaceable public lands, which safeguard our climate, provide habitat for wildlife and offer enjoyment for all."