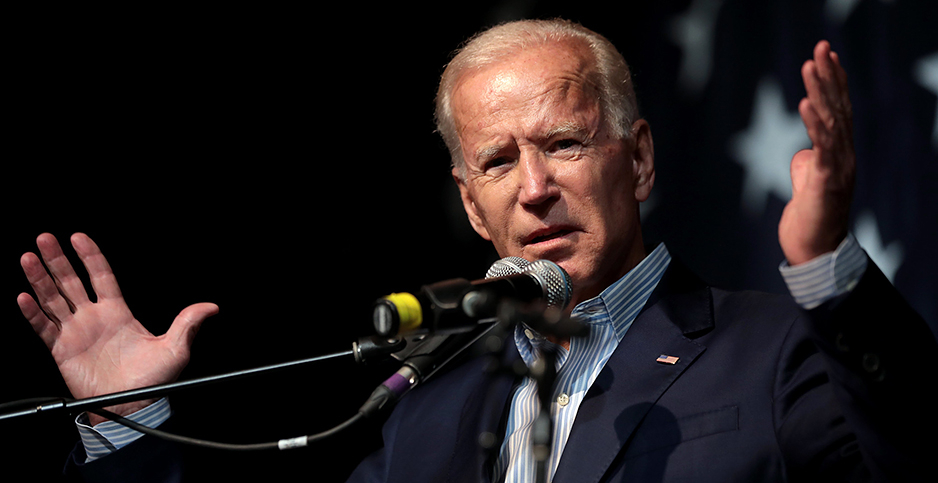 Joe Biden’s climate plan hinges on an ambitious target: to make the U.S. carbon neutral by 2050.

It’s a goal that technically aligns with the world’s climate targets. But whether a Biden administration would actually be able to pull it off — and whether the rest of the world could follow suit — is another question.

The international Paris climate agreement calls for nations worldwide to keep global temperatures within 2 degrees Celsius of their preindustrial levels at the very most — and within 1.5 C if at all possible. Meeting these targets is only possible through dramatic decarbonization, according to the Intergovernmental Panel on Climate Change.

Reports from the IPCC suggest that meeting the target of 2 C would require global carbon dioxide emissions to fall by at least 25% between now and 2030, and to reach net zero by around 2070. In order to meet the more challenging 1.5 C target, emissions would have to fall by nearly half over the next decade and hit net zero by midcentury.

Technically speaking, the Paris Agreement doesn’t require participating nations to set a net-zero target. But experts, backed by the IPCC’s reports, increasingly argue that there’s been too much emphasis on how much carbon the world can still emit before overshooting its climate targets and not enough emphasis on how fast emissions need to fall.

If Biden were elected, the U.S. would presumably join the ranks of dozens of nations around the world that have already set a carbon neutral target.

That’s an ambitious start. But whether U.S. emissions would actually fall that fast is still uncertain.

The IPCC notes that achieving net-zero emissions will require radical transformations in just about every sector of society. Biden’s climate plan outlines a number of specific goals in line with these recommendations, such as accelerating the deployment of electric vehicles, cutting the carbon footprint of America’s building stock by half between now and 2035, and achieving a carbon-free power sector by 2035.

Biden has pledged to move away from certain fossil fuels. At the final presidential debate last week, he promised to "transition from the oil industry."

But he’s declined to commit to phasing out fossil fuels entirely in the near future (Climatewire, Oct. 16). Instead, some aspects of Biden’s climate plan rely heavily on the concept of carbon capture and sequestration — technology that captures carbon emissions from industrial sources before they can be released into the atmosphere.

It’s not an unproven technology, although Biden’s vision would require a substantial expansion of the practice. And if it were successful, it wouldn’t be necessarily inconsistent with the IPCC’s recommendations for the short term. In fact, some of the models that inform the IPCC’s reports assume that fossil fuels, with carbon capture and storage, will remain part of the energy mix for potentially decades.

But carbon capture and storage can be a controversial subject among climate and environmental activists, who often argue that the technology might delay an ultimate transition from fossil fuels.

It’s also worth noting that most models used by the IPCC suggest that global climate targets — especially the 1.5 C target — will probably require some form of negative emissions technology. That means not only reducing emissions at the source, but actively removing carbon dioxide out of the atmosphere — for instance, by planting forests, combining carbon neutral bioenergy with carbon capture and storage, or even using technology to directly suck CO2 from the air.

These are strategies that aren’t explicitly addressed in the Biden climate plan.

In general, though, the framework of Biden’s climate plan is broadly consistent with scientists’ recommendations for countries striving to meet the Paris climate targets. Whether they could be implemented at the necessary scale — and at the necessary speed — is the biggest question.

The IPCC makes it clear that the next 10 years are a critical time for global climate action. To achieve the momentum necessary to reach net zero in time, and to ensure that the world doesn’t emit too much carbon in the meantime, the IPCC recommends concrete targets as early as 2030.

Biden’s plan promises an enforcement mechanism and specific milestone targets by 2025. But that leaves only five years to set and achieve concrete goals for 2030 that would ensure the decarbonization process is happening fast enough.

And even if Biden’s plan were implemented perfectly, it doesn’t guarantee that the rest of the world will act accordingly. U.S. climate action is just one piece of the solution.

Biden’s plan does call for a U.S. effort to lead other nations in strengthening their Paris Agreement pledges. Scientists say that the international climate action currently promised under Paris is still not enough to meet the 2 C target.

The plan also includes a promise to hold China — the world’s largest emitter of greenhouse gases — accountable to its pledges, which include a goal of net-zero emissions by 2060.

"A lot is underway in China, and they plausibly will be close to their target in 2060," noted David Victor, an expert on climate policy at the University of California, San Diego, in an email to E&E News. "But nowhere else in the emerging economy do we see such action."

In general, whether other nations would follow a Biden administration’s lead in collectively stepping up their climate commitments is the biggest question, he said.

"The [Biden] plan focuses mainly on what we might do here in the U.S. — some of which is achievable, others not — but meeting 2 degrees depends on global action," Victor said. "So the real question is whether action in the U.S. raises the odds that others act as well."