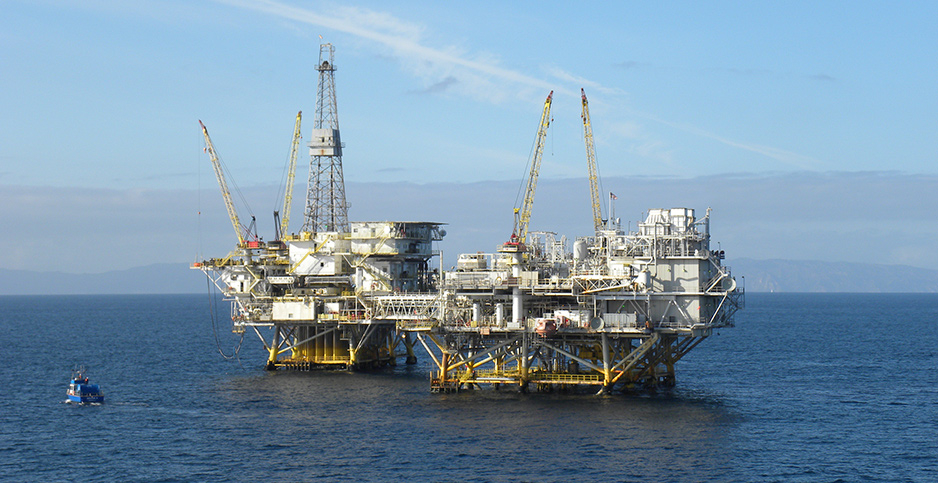 Workers can’t pump oil from the Gulf of Mexico from a living room couch.

They have to fold themselves into a helicopter, bunk with other people and walk on crowded passageways on offshore rigs.

But industry representatives say companies have been able to keep the crude flowing amid the pandemic with an infection rate lower than Louisiana, a virus hot spot where much of the industry is based.

"This is a much safer place to be than out in the general public," said Erik Milito, president of the National Ocean Industries Association.

The group has tracked 29 confirmed COVID-19 cases on seven offshore facilities. In an interview yesterday, Milito said there have been only three new ones since April 4.

There are hundreds of manned platforms in the Gulf of Mexico and thousands of offshore facilities. Generally, Milito said, there are about 15,000 to 16,000 individuals working at any one time.

The basic strategy for industry executives has been to do what they can to keep sick people off the rigs, then keep the healthy ones on board longer.

Workers undergo repeated screening and temperature checks at heliports and platforms. Some are asked to self-quarantine at home before they head out. Companies generally don’t have coronavirus tests, but they’re hoping their "essential" status as energy providers will help them acquire some.

Once workers arrive, they’re surrounded by others who have already been checked.

"They’re essentially self-quarantined out there," said Tim Duncan, CEO of Talos Energy Inc., one of the largest independent oil and gas producers in the Gulf.

Companies have also lengthened stints on platforms from 14 days to 21 days in order to reduce turnover. And they are trying to reduce the number of people on the platforms to the bare minimum.

"The crew rotation changes are a challenge for our workforce in their family life," said Rob Young, spokesman for Hess Corp. "But we are very appreciative of our offshore teams and their willingness to safely implement this new operating rhythm at such a critical time."

But those precautions won’t catch every patient. Some people infected with COVID-19 don’t even get a fever.

If someone does get sick on a facility, operators have a protocol for flying people back to shore in a helicopter that is then disinfected for hours.

Offshore operations in the Gulf supply 15% of U.S. crude oil production, about 2 million barrels a day. Continued production presents its own problems amid cratering demand and a price crash. Offshore operators have asked the federal government to stop charging them royalties on the oil they pump out (Energywire, April 13).

The pandemic has already interrupted some activities. Bloomberg reported that drilling operations were temporarily suspended on one Chevron Corp.-operated platform after two employees tested positive.

Royal Dutch Shell PLC has had four employees working offshore in the Gulf identified as "Persons Under Investigation," according to spokeswoman Cindy Babski, but tests on all four came back negative.

Hess drills every year on a "range of scenarios" that could jeopardize operations, Young said, as do other companies. Hess’ plans include "Incident Management Teams" for operations in the Gulf, the Bakken Shale centered in North Dakota and other operations worldwide. The company has emergency response teams that meet many times a day to track developments, he said. The oil and gas producer has also been holding "virtual town hall" meetings to communicate with staff.

"Everyone wants to keep everybody safe," said Shell’s Babski. "We do what we can. We do the maximum we can. These decisions weren’t taken lightly."