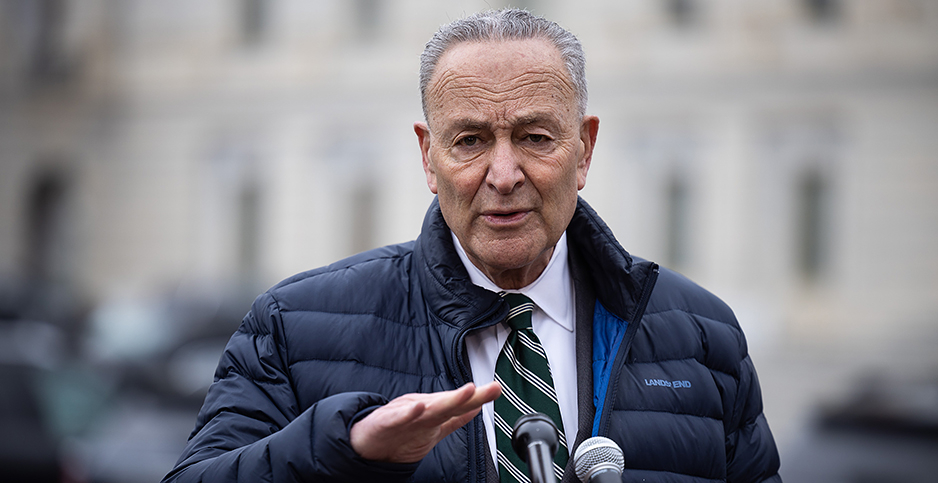 The Senate parliamentarian has opened the door for advancing President Biden’s $2 trillion infrastructure and climate package through budget reconciliation, which would allow it to skip a filibuster and pass along party lines, a top Democratic aide said yesterday.

The parliamentarian — who interprets the chamber’s rules — told Senate Majority Leader Chuck Schumer (D-N.Y.) that the chamber can revise the fiscal 2021 budget resolution to add new instructions for reconciliation, which allows the resulting legislation to pass by a simple majority.

"This confirms the leader’s interpretation of the Budget Act and allows Democrats additional tools to improve the lives of Americans if Republican obstruction continues," a Schumer spokesman said in a statement.

The aide added that no decisions have been made on a legislative strategy and that "some parameters still need to be worked out," but called the opinion "an important step forward that this key pathway is available to Democrats if needed."

The ruling — which has not been released — comes as Republicans are digging in against Biden’s infrastructure plan, which they have criticized as overly broad and for relying on raising corporate tax rates the GOP lowered in the 2017 tax overhaul.

Republicans used reconciliation to enact that law along party lines. Democrats used the tool earlier this year when they sent Biden a $1.9 trillion COVID-19 relief package without any GOP support.

Democratic leaders and Biden are hoping for bipartisan support on infrastructure but have made clear that they will use reconciliation if GOP support fails to materialize.

"The American people want bold action to address our country’s many challenges, and Democrats now have more options to overcome Republican obstruction and get things done," he said in a statement.

It was thought Democrats could only use reconciliation twice this year — through fiscal 2021 and fiscal 2022 budget resolutions. The ruling, as interpreted by Schumer, multiplies those chances.

But Democrats will have to maintain party unity if they choose to use reconciliation again, given the 50-50 split in the Senate.

Already, West Virginia Sen. Joe Manchin and other Democrats have raised concerns about the increase in the corporate tax rate that Biden proposed to help pay for the infrastructure plan (E&E News PM, April 5).

"It’s important because it gives us a little more flexibility," Sanders said. "They don’t have to push everything into one bill."