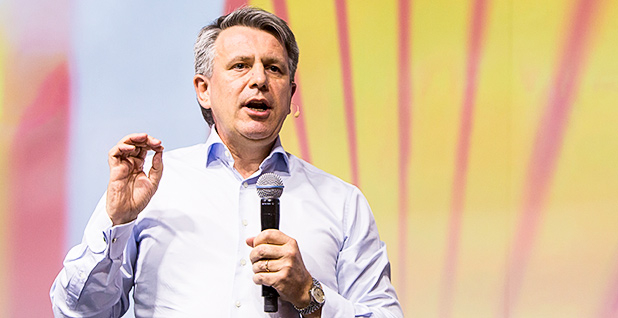 The company’s in-house lobbyists met with lawmakers in the Senate and the House, including Rep. Carlos Curbelo (R-Fla.), who introduced a carbon tax bill last month.

In a lobbying disclosure form dated last month, Shell said its representatives had taken part in "discussions in support of a robust, transparent federal carbon price" in the second quarter of the year.

"We see carbon pricing as an essential policy tool to tackle climate change and pave the way for a smooth energy transition," a Shell spokesman said in a statement.

A small but growing number of conservative advocacy groups and energy companies have talked openly about their support for a U.S. carbon tax, in particular in exchange for rolling back environmental regulations. The chance of passing carbon tax legislation is remote in the Republican-led Congress, but Shell is quietly laying the groundwork for similar bills in the future.

Shell is not the only oil and gas major actively lobbying members of Congress for a carbon tax, industry sources said. Experts say the industry is not homogeneous in its approach to a carbon tax, with some majors taking more ambitious positions.

"Shell is very straightforward that they feel a responsibility to support addressing climate change," said Alex Flint, director of the Alliance for Market Solutions, which backs a carbon tax.

Like many of its peers, Shell views a national carbon tax as a more efficient way to address climate change than piecemeal government rules.

A separate lobbying disclosure form filed by Shell in 2017 said the company was considering "Carbon pricing related issues and Shell’s role in the Climate Leadership Council."

Since then, Shell has organized meetings in Washington, D.C., with industry and environmental groups to discuss carbon taxes, according to people familiar with the gatherings.

"For Republicans, it’s essential that industry be a part of the discussions," Flint said. "Shell is committed on this issue."

Last month, Shell was one of 34 businesses that wrote a letter supporting concepts in Curbelo’s bill, the "Market Choice Act." BP America, Equinor US and Gap Inc., along with recreation and utility companies, also signed on. A market-based approach offers companies more certainty to help make long-term investment decisions, they wrote.

They stopped short of endorsing the bill but lauded the effort for advancing "non-partisan" and "robust" discussion on climate policies.

Joanna Rodriguez, a spokeswoman for Curbelo, said in an email that the congressman is "especially encouraged to see energy companies’ engagement in favor of these policies."

Last month, just six House Republicans opposed a resolution stating that carbon taxes would be "detrimental" to the U.S. economy.