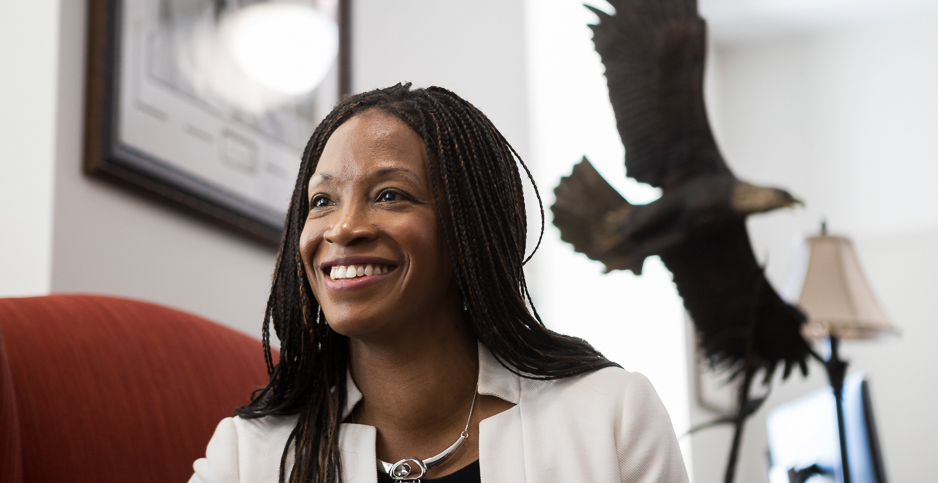 Skipwith, who has worked at Interior Department headquarters for most of the pandemic and traveled frequently in her official capacity, began working from home last Wednesday and has canceled her upcoming trips, sources confirmed. Her diagnosis came shortly after a hunting trip in Maryland the weekend after the election.

It’s unclear whether Skipwith was among more than 150 people who reportedly attended the White House’s largely maskless election night gathering, which has already been linked to more than a half-dozen coronavirus cases among top allies of President Trump. Skipwith and Interior didn’t respond to a detailed series of questions about where she was on election night, how she may have contracted the virus or the contact tracing steps she took after testing positive.

"The health and safety of the public and our employees is our highest priority," Interior spokesman Conner Swanson said in a brief statement. "In accordance with guidance from the Centers for Disease Control and Prevention, the Department continues to take all proper public health actions to limit the spread of COVID-19, while importantly maintaining operations and services for the American people."

When first asked about Skipwith’s diagnosis last Wednesday, Interior didn’t respond to a request for comment.

In an unusual move for a Fish and Wildlife director, Skipwith hit the campaign trail for the president late last month. She spoke at a Women for Trump event on Oct. 25 in Portage, Mich., according to photos posted to Facebook of the outdoor, mask-free rally. Later that week, she traveled to Minnesota, another swing state, to announce the removal of Endangered Species Act protections for the gray wolf alongside Interior Secretary David Bernhardt (E&E News PM, Oct. 29).

While traveling on FWS business, Skipwith often wore a face mask, which public health experts say is crucial to limit the spread of the highly contagious, potentially deadly virus. But she and other top Interior political appointees were less consistent in their mask usage around the office, sources said.

Trump, who was hospitalized after contracting the coronavirus last month, has frequently cast doubt on the efficacy of masks.

"It’s part of the whole politicization by the current administration of public health measures," a former high-ranking Interior official said. "They all do what they think the bosses want them to do."

The number of FWS employees who may have been exposed to Skipwith is likely very low. The former official estimated that fewer than a half-dozen career staffers come into the main Interior building each day.

Those who do come into headquarters are mainly there to brief Skipwith and appointees.

"Interaction with lawyers and senior career people by the political decisionmakers is hard to replicate totally in a virtual sense," the former official said.