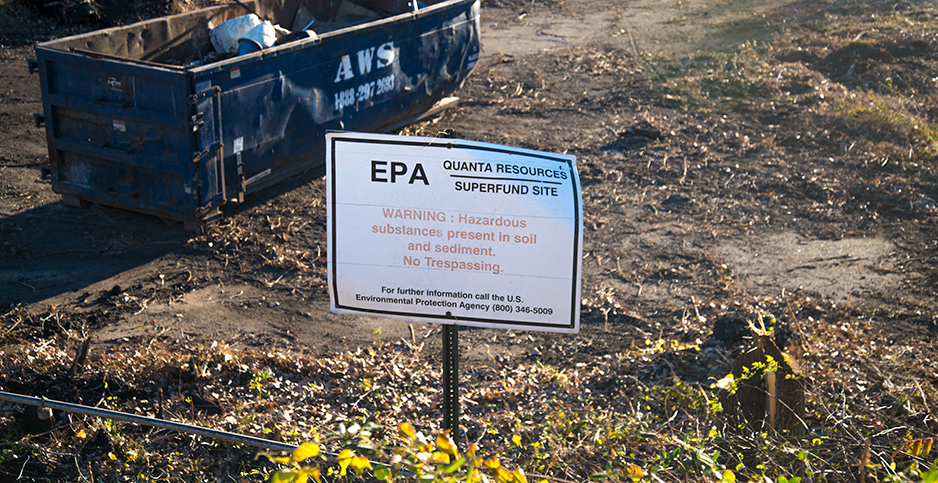 Living near a toxic waste site could shave upward of a year off of life expectancy, according to a first-of-its-kind study probing the impacts of long-term hazardous waste exposure on communities.

Published in the journal Nature Communications yesterday, the study offers a grim look at what proximity to a federal Superfund or hazardous waste site could mean for long-term health. The findings reveal disproportionate implications for vulnerable communities that could add momentum to President Biden’s focus on environmental justice issues.

Researchers from the University of Houston and University of Texas, Austin, analyzed 2018 census data, scrutinizing the country’s most contaminated sites. They looked at hazardous waste sites more broadly, rather than just areas singled out by EPA under the Comprehensive Environmental Response, Compensation and Liability Act, or Superfund.

They contrasted those sites with 65,226 census tracts in order to gauge the relationship between proximity to contaminated areas and life expectancy.

"While many studies have broken down the mortality rates associated with different diseases, only a few have paid attention to hazardous waste and Superfund sites and their potential impact on mortality rates," the authors wrote.

In one notable example, the researchers found that the presence of a Superfund site near communities with a median income less than $52,580 could reduce life expectancy by 0.58 year — or about seven months.

Hanadi Rifai, the report’s lead author and a professor of civil and environmental engineering at the University of Houston, said the findings underscore the "ample evidence" that exists about environmental impacts on fence-line communities.

Houston, where Rifai is based, is a hotbed of petrochemical activity that has long raised environmental justice concerns. The city is among the most diverse in the country, with Black and Hispanic residents disproportionately located near the wider area’s toxic sites and industrial facilities.

"Results showed a significant difference in life expectancy among census tracts with at least one Superfund site and their neighboring tracts with no sites," said Rifai, who offered proximity to anthropogenic sources — like petrochemical or hazardous waste facilities — as an example.

Other recent studies have linked residential Superfund proximity to cancer clusters and additional health issues. But the new study is the first nationwide review of hazardous waste sites and mortality on a broader level.

The findings also come amid a push to center environmental justice at the federal level under the Biden administration. EPA, in particular, has increasingly touted its intent to prioritize vulnerable communities.

Some advocates have said the administration should make hazardous waste sites a leading part of those efforts, given the staggering backlog and funding shortfall the Superfund program is facing. One September 2020 analysis from the Union of Concerned Scientists found that Superfund sites near communities of color are less likely to be deleted from the cleanup program. EPA has meanwhile determined that about half the 73 million people living within 3 miles of a Superfund site are people of color.

Biden has proposed $882 million to fund the Superfund program, in a dramatic pivot from the Trump administration, which proposed $113 million in cuts last year (Greenwire, April 9).

Funding proponents have welcomed that news, as well as the president’s focus on climate change, which increasingly threatens contaminated areas. The Government Accountability Office has found almost 1,000 Superfund sites are vulnerable to events like wildfires, flooding and sea-level rise. That amounts to about 60% of all sites (Greenwire, July 29, 2020).

The new report addresses those climate impacts on hazardous waste sites and offers the issue as another factor that could potentially threaten life expectancy. Rifai said flooding in particular could transport contaminants and worsen effects for nearby residents.

"The long-term effect of the flooding and repetitive exposure has an effect that can transcend generations," she explained.