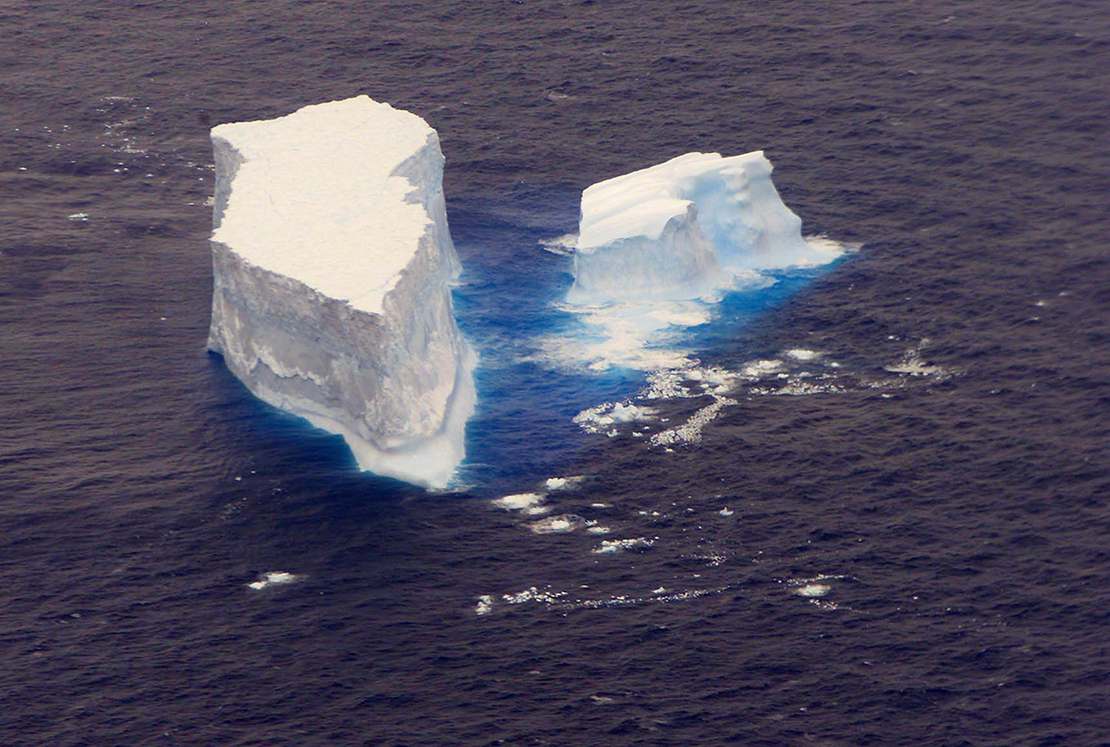 The vast, turbulent Southern Ocean circling Antarctica has an unexpected claim to fame: It’s one of the planet’s most important natural climate tools.

Like all the world’s oceans, it draws carbon dioxide out of the atmosphere and into the water. But the Southern Ocean is a special case; it stores up more carbon than any other body of water on Earth.

That could change, though. Some scientists believe that as the Antarctic climate changes — complete with melting sea ice, shifting wind patterns and changing ocean currents — the Southern Ocean might soak up less carbon.

That’s a big concern for the climate. The less carbon sinks into the sea, the more stays in the atmosphere, where it contributes to increased global warming. Keeping an eye on the Southern Ocean is vital to making accurate predictions of how quickly the world may warm in the future.

It’s no easy job, though. The Southern Ocean is notoriously difficult to monitor — the region is icy and stormy and often difficult to access by ship or by plane. Scientists have been able to keep tabs on it through a combination of methods, from floating instruments in the ocean to aircraft flying overhead.

Another complication: Not all the studies agree with one another about how much carbon, exactly, the ocean is sucking up. There are still a lot of questions about whether it’s weakening yet, or if it will in the future, and what that means for the planet.

But one of the newest studies contains some reasons for optimism.

The study pulls data on atmospheric carbon dioxide collected by research aircraft flying over the ocean between 2009 and 2018.

Most of that carbon is getting absorbed over the summer. During the winter, there’s not much carbon sinking in — and there may even be a little bit seeping back out.

Still, the news looks good overall. The study suggests the Southern Ocean is still doing its job, soaking up a hefty chunk of carbon from the atmosphere each year.

The latest findings, however, reignite past worries about how much scientists really know about what’s happening at the bottom of the world.

Previous studies have produced mixed results about how much carbon the Southern Ocean is storing away and whether that’s changing over time. They’ve sometimes disagreed with one another. Or they’ve suggested the carbon sink may fluctuate over time, sometimes weakening and sometimes strengthening.

A 2015 study, for instance, found that the Southern Ocean carbon sink was weakening during the 1990s — but it began strengthening again around 2002. The study suggested that the ocean may swing naturally back and forth in this way, shifting every decade or two. The study relied on surface measurements taken by passing ships.

But a 2018 study found that the Southern Ocean may be taking up significantly less carbon than previous ship-based measurements may have indicated.

The research, which relied on a network of floating sensors in the ocean, suggested that one key area in the Southern Ocean is releasing large volumes of carbon dioxide back into the atmosphere during the winter in a process known as “outgassing.” It estimated that as much as a third of a billion tons more carbon may be escaping than previously estimated.

The Southern Ocean is still absorbing carbon on the whole, the study noted. It’s just taking up much less than scientists thought.

Then again, a study published earlier this year found that the winter outgassing is not as strong as the 2018 research would suggest. That study relied on measurements collected by seafaring drones.

The new study from last week also found there may be some winter outgassing — but not very much. The patterns over the course of the year are similar to some of the previous studies: carbon uptake in the summer and some carbon release in the winter. It’s just the amount of carbon passing between the sea and the sky, especially in the winter, that’s different.

It’s not completely clear yet what’s causing the discrepancies.

Measurements taken from floats in the ocean can be difficult to interpret, said Matthew Long, a scientist at the National Center for Atmospheric Research and lead author of the new study. Different regions of the ocean absorb or release different amounts of carbon — an instrument in one place might not collect the same results as an instrument in another.

“Unless you have a lot of data, it can be very challenging to develop an accurate picture from surface observations,” he said.

Aircraft observations, on the other hand, give a comparatively precise picture of how much carbon is in the atmosphere at any given time. The results of the new study may give scientists a reference point for other studies and help them figure out why other kinds of methods, like floats or drones, don’t always agree.

More aircraft campaigns also could help scientists keep a better eye on the Southern Ocean in the future.

Even if the region is still a strong carbon sink today, scientists warn its status could change in the future. Some studies suggest that certain aspects of future climate change — such as warming waters, melting sea ice or shifting wind patterns — may cause the Southern Ocean to absorb less carbon dioxide or to spew more of it back out in the atmosphere.

Increasing aircraft observations may also be useful in other places around the world.

Oceans, lakes, wetlands, forests, grasslands and other natural landscapes all over the world are vital parts of the natural carbon cycle. Many of them are still absorbing carbon dioxide from the atmosphere — but as the climate continues to warm, and other human disturbances take their toll, some of these landscapes are soaking up less carbon or even pouring out more than they take in.

Keeping track of these fluxes is an important part of the world’s global carbon accounting, helping scientists make better predictions about how quickly the world will warm in the future. Scientists sometimes have difficulty accounting for where, exactly, all the world’s carbon emissions are ending up.

“The really important thing that we’ve demonstrated here is aircraft observations have the capacity to resolve uncertainty in the carbon cycle,” Long said. “We have a hypothesis that an investment in a global-scale, regular aircraft observing program would be an exceptional way to address that problem.”