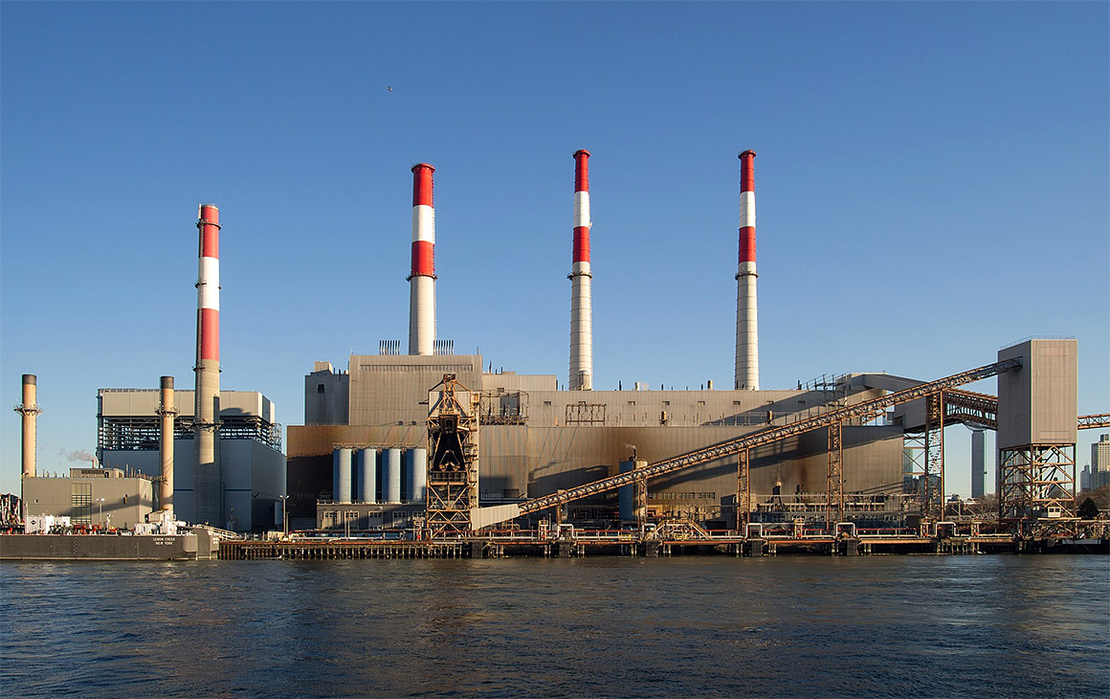 The agency denied air permits for NRG Energy’s Astoria Gas Turbine Power LLC and the Danskammer Energy Center after determining that the new gas plants would be “inconsistent with or would interfere” with achieving the state’s greenhouse gas emissions reduction goals. The Astoria plant was planned for Queens, while Danskammer Energy’s proposal would have been built in Newburgh.

If the plants were constructed, they would be new sources of “substantial” amounts of both direct emissions and upstream emissions from production and transmission of gas or other fossil fuels, Daniel Whitehead, director of the Division of Environmental Permits at the department, wrote in the decision.

The projects would result in new, long-term use of fossil fuels for electricity, which is not in line with New York’s goals to transition to renewable sources, he said. Neither company proposed sufficient emissions mitigation measures beyond those required by existing policy, according to the ruling.

For instance, NRG Energy proposed upgrading some of the combustion turbine systems, which it said would decrease carbon dioxide emissions by slightly over 1,000 short tons per year. But officials said that’s not enough.

“Even if the Project were justified despite its inconsistency with the Statewide GHG emission limits … which, as explained above, it is not, this amount of GHG mitigation would be insufficient given the substantial direct and upstream GHG emissions associated with the Project,” the decision read.

“The denial of permits for two large power plants — Dansakmmer would be 536 MW, Astoria would be 437 MW — certainly means that no other natural gas plants of that size will be approved in New York,” Gerrard said. “These rulings, coupled with New York’s new law on renewables facility siting and its aggressive moves to build offshore wind, show that the transition from fossil fuel to renewables is really happening in New York.”

Danskammer Energy was seeking to replace its “peaker” gas-fired power plant — which only runs about 5 to 10 percent of the year to meet peak electricity demand — with a larger facility that would run year-round, according to the company’s website.

Astoria Gas had a similar plan to replace its 50-year-old peaker plant with a fracked-gas power plant that would eventually be “fully converted” to zero-carbon fuel like green hydrogen, their website said. Neither company immediately provided comment.

Both companies had said they could switch from natural gas to hydrogen in time to meet the state’s 2040 zero-carbon goal, but the state rejected those plans as too vague.

Environmental groups like the Sierra Club and Washington-based Food & Water Watch celebrated the “critical blow” they said the agency’s decision is to the fossil fuel industry.

“Governor Hochul made clear that fracked gas power plants have no place in New York’s energy future,” Allison Considine, New York campaign representative with Sierra Club, said in a statement. “We are at a pivotal moment in the fight against the fossil fuel industry, and New York is showing true leadership in rejecting dirty energy.”

Worse for the climate?

But others say the permit denials are actually hindering the state’s ability to achieve its climate targets.

The Independent Power Producers of New York, which represents electricity providers in the state, said the decisions are “short-sighted” and send “a chilling signal that the business climate needed to develop [zero-emitting technologies like renewables and energy storage] is at risk.”

“Projects such as Danskammer and Astoria displace significant emissions from existing resources while ensuring that New York City and the rest of the State can maintain reliability while the energy system transitions to a low carbon future,” IPPNY President and CEO Gavin Donohue said in a statement.

There is still a need for flexible, dispatchable resources in the energy transition, he added.

Michael Makarski, director of external affairs at the Engineers Labor-Employer Cooperative 825, representing engineers and contractors in New York and New Jersey, said the decision is more about “virtue signal politics” than math and science.

“Cancelling projects does not decrease demand for gas but instead will force New Yorkers to pay more for energy every month,” he said in an emailed statement. “We can debate politics, math and science we cannot.”